Works are underway on the $31 million Wanneroo Road – from Joondalup Drive to Flynn Drive – Dual Carriageway that will help ease congestion for those travelling along Perth’s northern corridor.

According to Western Australian Transport Minister Rita Saffioti, this project, along with two other interchange projects on Wanneroo Road, will lead to safer as well as more efficient journeys on this section of the road.

“It will also support the expansion of the industrial corridor in Perth’s north, which will help with job creation and new business opportunities.

“The delivery of each project will be carefully co-ordinated by Main Roads in partnership with the local community to minimise disruption to our road network during the period of the works,” Ms Saffioti said. 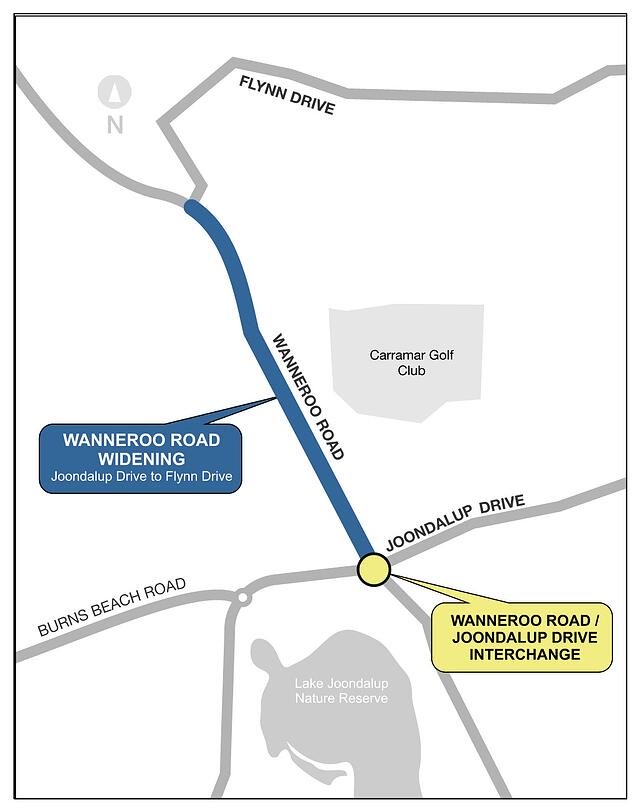 Federal Member for Pearce Christian porter said that this upgrade to Wanneroo Road will remove the bottleneck that 26,000 vehicles experience each day.

“The upgrade will also significantly improve safety and support the ongoing development of Wanneroo Road as a major north-south alternative to the Mitchell Freeway.

“It will cater for the increasing volumes of traffic generated by the growing population in Perth’s north-west metropolitan corridor and provide efficient connectivity for industry servicing the expanding Wangara and Neerabup industrial parks,” Mr Porter said.

This project is the first of three major upgrades on Wanneroo Road. Construction on the new interchanges at Joondalup Drive and Ocean Reef Road are expected to begin in mid-2018 and late 2018 respectively.

Expressions of interest (EOIs) are now being called for the design and construction of the third and final upgrade to Perth’s Wanneroo Road.

Works to duplicate the 2.43-kilometre section of Western Australia’s Great Eastern Highway between Anzac Drive and Gatacre Drive in the Kalgoorlie-Boulder regions has commenced, with Highway Construction Pty Ltd delivering the upgrade with a $15.8 million contract award.

Invitations for the proposals of the design and build of the $50 million Wanneroo Road and Joondalup Drive interchange have been sent to four main contractors.