Construction is now underway on the Footscray Road upgrade in Victoria that will link the West Gate Tunnel to the Port of Melbourne, the CBD as well as CityLink.

Currently, workers are shifting the road to the south to give way to construction that will commence to the north of the road. The bike path along Footscray Road will also be moved closer to the port to create more space for major construction activities.

“There’ll be around 1,000 workers across the five Footscray Road sites for the West Gate Tunnel works - Victorians working hard to build better and safer road and cycling connections from Melbourne’s west to the city.

“The West Gate Tunnel will mean easier access to education, hospitals and jobs for people right across the western suburbs,” Member for Footscray Marsha Thomson said.

This upgrade will include the construction of a new elevated roadway along Footscray Road, which will join the new bridges that will go over the Maribyrnong River to provide a second river crossing for motorists.

The project will also include a 2.5-kilometre state-of-the-art cycling freeway or ‘veloway’ that will be suspended under the new road to provide cyclists with a safe express route between Melbourne’s west and the city as well as create a continuous journey from Werribee to the city.

“We’re building a dedicated freight route to the Port of Melbourne that will take more than 9,000 trucks off local roads in the inner west.

“This section of the project will reduce congestion for people travelling into the city and give cyclists a safer, fully off-road route all the way from Werribee to the CBD,” Minister for Roads Luke Donnellan said. 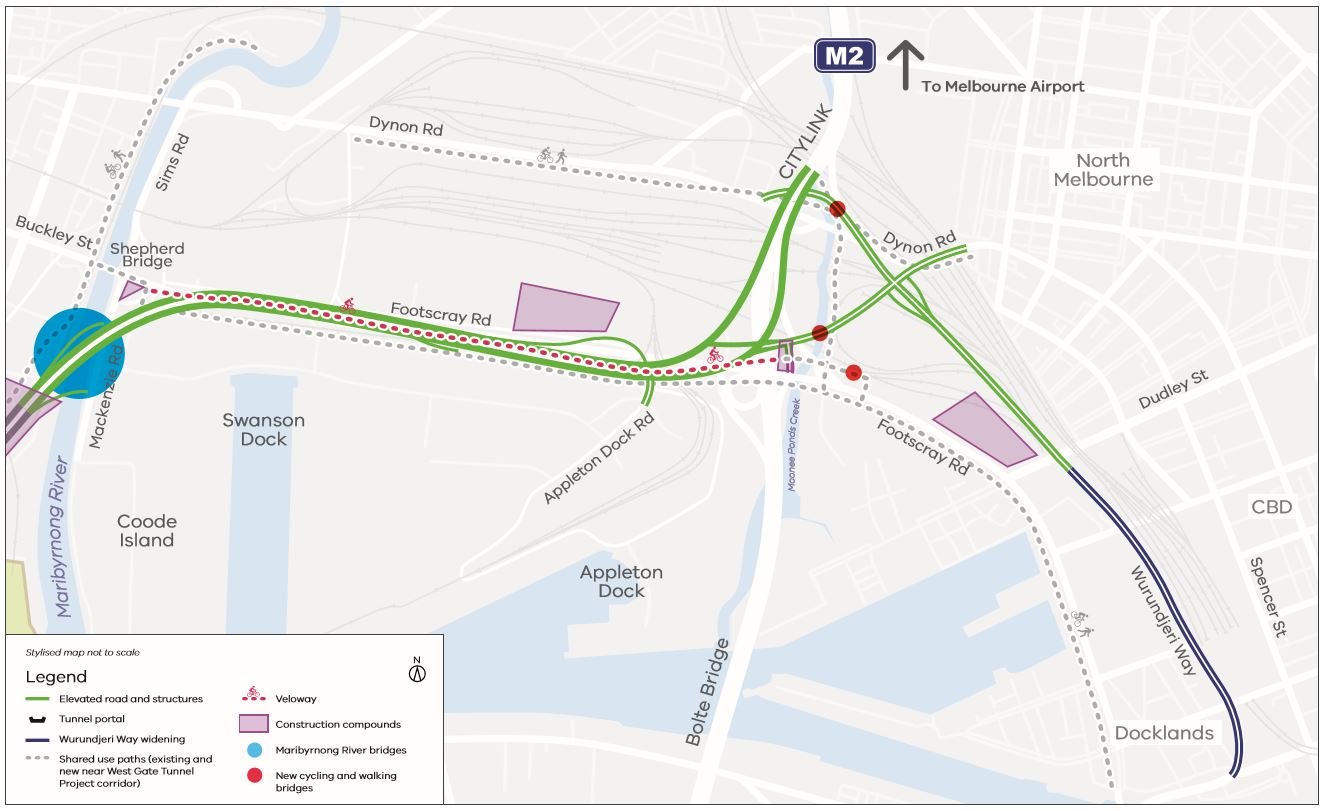 Major construction activities along Footscray Road are going to be done in stages to allow works to be carried out safely along the route while maintaining access for drivers, pedestrians and cyclists.

Work on the new elevated roadway is expected to commence in 2019.

Construction on a huge tunnelling hub that will reduce noise and dust during the construction of the massive West Gate Tunnel has commenced in Yarraville.

The multi-billion dollar West Gate Tunnel Project (WGTP) in Victoria is progressing well, with the completion of massive shed that is set to be the centre of construction activity and tunnelling activities to commence soon.

Big and small Victorian businesses that are interested in joining the team to build the West Gate Tunnel Project are urged to join information sessions to be held across the State.