Works on the Progress Road upgrade Stage 4 in Queensland is well underway and the Brisbane City Council has awarded Moggill Constructions to deliver the project.

According to Moggill’s statement on their LinkedIn: “The project will involve upgrading Progress Road between Boundary Road and the Centenary Motorway, Wacol to improve safety, increase flood immunity and increase capacity to cater for future traffic growth.”

This project is part of the City Council’s $1.3 billion commitment towards upgrading over 90 roads to improve traffic flow. Works will include: 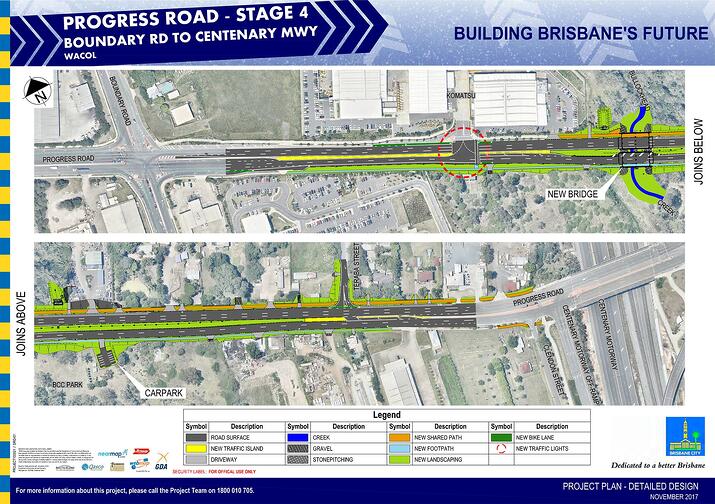 Traffic surveys conducted on Progress Road shows that the route carries approximately 15,000 vehicles a day, with up to 700 vehicles an hour during peak times. Progress Road is a primary access route for freight transport as well as a B-Double route.

This project – which is jointly funded by the Australian Government and the Brisbane City Council – is expected to be completed by early 2019, weather permitting.

$174m Oaklands Crossing upgrade in SA progresses to the next stage

Works are progressing well on the $174.3 million Oaklands Grade Separation Project - a project that will upgrade the Oaklands Park level crossing - in South Australia with the completion of piling works and the beginning of major excavation works on the project.

The expansion of the world-class Physical Sciences Precinct at the University of New South Wales (UNSW) Kensington campus continues with Multiplex being appointed the lead contractor for the new $174.4 million Science and Engineering Building (SEB).

Over the next 12 months, almost 50 new road safety projects are going to be fast-tracked towards construction and completion across Queensland with the roll-out of a $174.7 million funding to get works moving.