Construction has commenced on Stage 1 of a large-scale hybrid renewable energy project – comprised of a solar farm and a battery storage system – in the New England region of New South Wales.

The $768 million New England Solar Farm project by UPC / AC Renewables Australia is going to be built in two stages, with the first stage delivering the first 400MW of solar capacity, a 50MW/50MWh battery storage system and a substation.

In addition, Stage 1 initial works – which is currently underway – includes the construction of a local road network that will connect to the New England Solar Farm.

The engineering, procurement and construction of Stage 1 is being carried out by Green Light Contractors, a subsidiary of Spanish company Elecnor.

Stage 2 of the project will deliver a further 320MW of solar capacity as well as expand the battery storage capacity to up to 400MWh.

“Once fully complete, the solar farm and battery project will be Australia's largest hybrid solar and battery energy storage facility. It will play an important role in the energy transition already underway across the country.

“The local community, our project landowners and civic leaders have been very supportive of the project over the past three years. We're extremely excited to see construction start and the opportunities that are being returned and created for local business and workers,” UPC / AC Renewables Chief Executive Anton Rohner said. 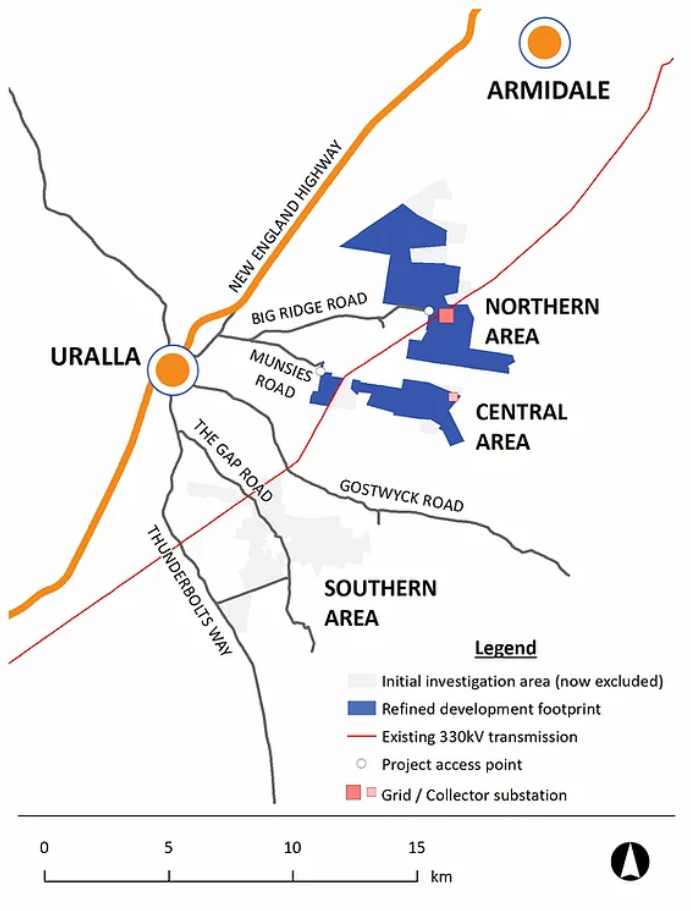 The 720MW New England Solar Farm is going to be built on a 2,000-hectare site of mostly cleared grazing land near Uralla.

This large-scale renewable energy project is expected to create up to 700 jobs during its construction and about 15 full-time ongoing jobs once operational.

Once fully operational, the New England Solar Farm is anticipated to generate up to 1,800,000-MWh of renewable energy annually, which is enough to power over 250,000 average New South Wales homes.

The entire project is expected to be completed by the end of 2023.

Lendlease has announced that it has been awarded the contract to deliver main works on the Prince of Wales Hospital’s new Acute Services Building in New South Wales. The company is expected to have approximately 600 workers on site during peak construction.

John Holland and Downer EDI have both been awarded contracts to deliver works on the New Intercity Fleet project in New South Wales.

The large-scale 720MW New England hybrid solar farm and battery storage project in New South Wales is set to begin construction in early 2021, with the appointment of Elecnor Australia as lead contractor to deliver the first stage of the project.