Rox Resources has found a 58-million-tonne ore body in the Northern Territory's Gulf of Carpentaria, comprised of 12.7% lead and zinc combined, 11.1% zinc and 1.6% lead. The drill site, 'Teena', is near Borroloola and just 10km from Glencore's McArthur River mine.

The find is estimated to be the seventh biggest in Australia and in the top 20-30 zinc deposits in the world. Several preliminary drills has resulted in the ore body being classified as a resource. 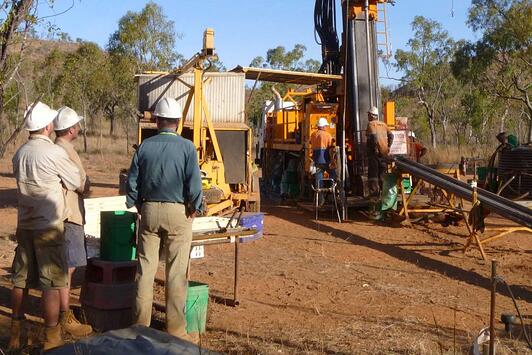 A major zinc deposit has been found near Borroloola. Source: ABC News

While this establishes that the deposit is worth proceeding with, there is a long road ahead before Rox Resources are able to consider mining the site. The next step is for the company to produce mining and feasibility studies, which takes time and involves funding.

Managing Director, Ian Mulholland said that he "can't see that a mine will be established in the near future, but certainly within the 5-10 year time frame." Mr Mulholland predicts that any zinc mined at the possible site would be sent to offshore markets - either China, Europe or the United States.

The site represents an exciting prospect for the company given that the strong demand for zinc is expected to continue for some time. This is heightened by the current deficit in supply, which is only expected to worsen with the closing of big zinc mines around the world, driving up zinc prices even further.

Keep up to date with developments on the Teena site by subscribing Felix Project News.

CIMIC Group company Sedgman has recently been awarded contracts for works at two coal mining operations, with the contracts having a combined value of $100 million.