“Today marks a significant step on a project that will transform transport connectivity in a growing part of Sydney.

“We’ve already hit the ground running with the decommissioning works along the closed Carlingford rail line, in preparation for its conversion to light rail,” Acting Minister for Transport and Roads Paul Toole said.

The first stage of the Parramatta Light Rail will include a 12-kilometre light rail line, with 16 stops, that will connect Westmead to Carlingford via the Parramatta CBD.

The new light rail route will connect the Parramatta CBD to the Westmead Precinct, Bankwest Stadium, the new Powerhouse Museum and cultural precinct on the Parramatta River, the Rosehill Gardens Racecourse and three Western Sydney University campuses at Westmead, Parramatta and Rydalmere.

The light rail will also travel through the Cumberland Campus, the Camellia Town Centre as well as the private and social housing redevelopment at Telopea.

“This Parramatta Light Rail will bring people living in Greater Parramatta together with a safe and efficient public transport network.

“It will improve connections to popular key destinations across the region, while also linking into Sydney’s greater public transport networks,” Member for Parramatta Geoff Lee said. 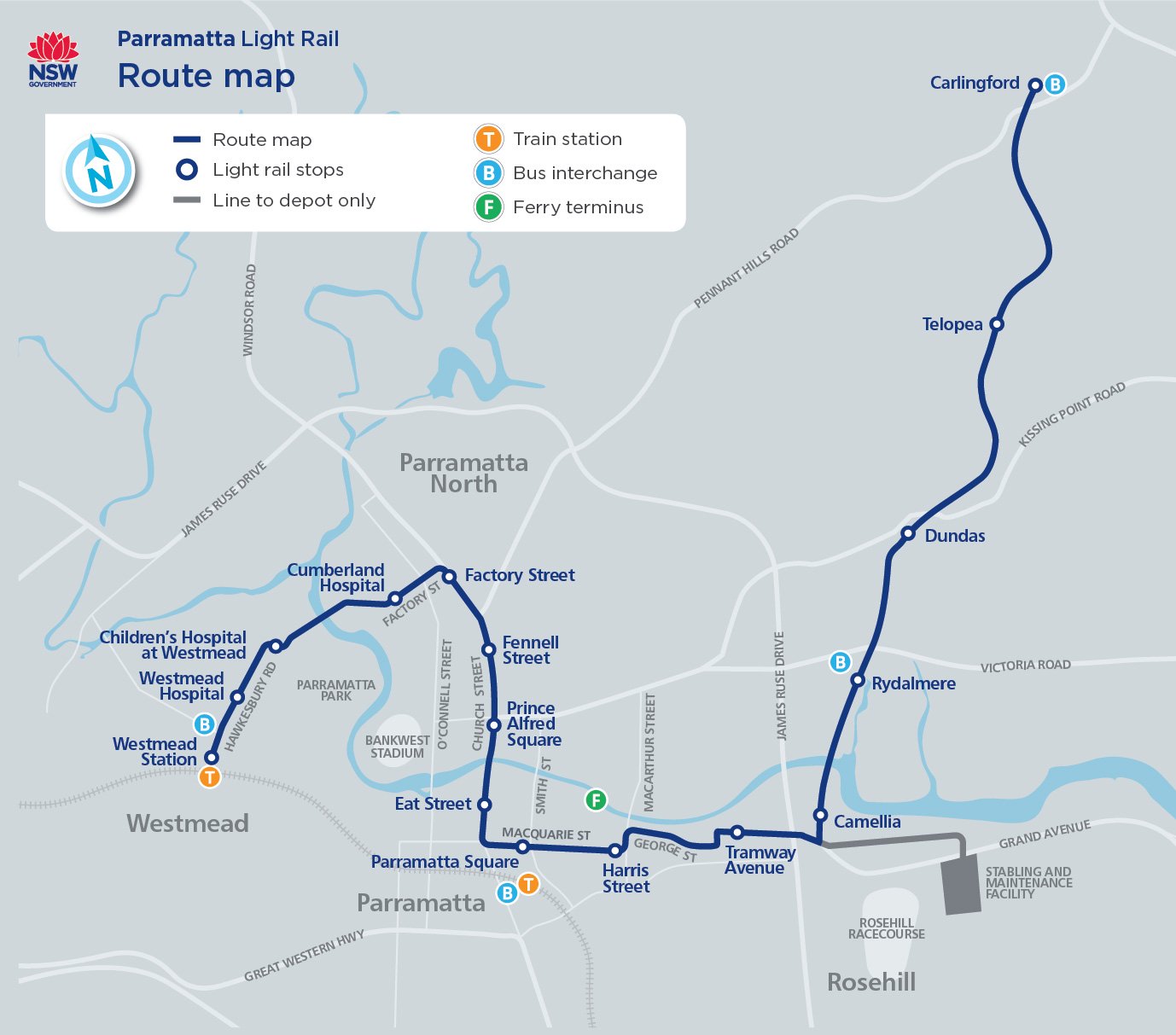 Transport for NSW will work hard to minimise the impacts of construction on the local community and businesses.

“Some disruption is unavoidable, which is why we will continue working with businesses to ensure they have the information and support they need.

“Transport for NSW will also pause construction from 1 November until 31 January each year along ‘Eat Street’ to allow businesses to take advantage of the holiday trading period,”

The new high-frequency Parramatta Light Rail is set to open in 2023.

The Diona Ward Joint Venture - comprised of Diona Pty Ltd and Ward Civil & Environmental Engineering Pty Ltd - has been awarded the Enabling Works contract that will deliver upgrades to George Street in the Parramatta CBD and O’Connell Street as part of the Parramatta Light Rail project.