SkyCity has been given the green light for its $300 million proposed Adelaide Casino redevelopment on North Terrace, including an 80-room luxury hotel overlooking the Torrens River. The Development Assessment Commission — the state’s independent planning body — met on Thursday and approved the development with some conditions relating to the parts of the proposal, such as the atrium and canopy, close to the heritage-listed Adelaide Railway Station.

The State Heritage Unit had raised concerns about the building’s size and scale would negatively impact on the railway station and the Festival Centre.

The expansion includes an 11-storey building with a luxury 80-room hotel overlooking the River Torrens, high-end gaming rooms and restaurants. 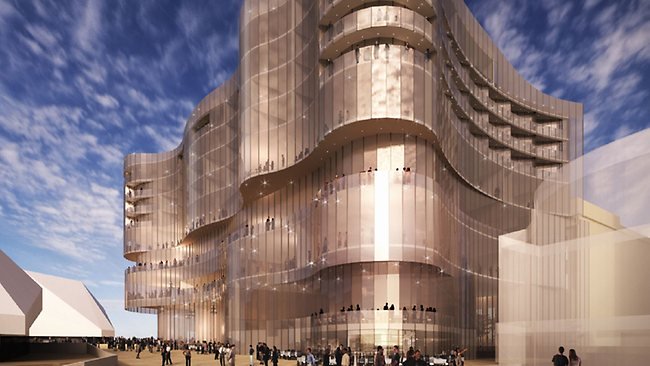 The casino expansion is part of a broader rejuvenation of the Riverbank Precinct, which also includes the $610 million Festival Plaza redevelopment.

“This development promises to be one of the jewels in Adelaide’s crown, boasting signature restaurants, and new VIP gaming experiences.”

A company spokesman said he expected construction to start mid year but the date would depend on the finalisation of the site lease with the State Government and co-ordination with the other developments in the Riverbank Precinct.

A $200 million high-rise development on North Tce, which would include demolishing the HQ nightclub, was also approved by the Commission.

Developments like these to develop South Australia for a greater-share of high value international visitors represent some very exciting opportunities for local suppliers to get involved with the work. With a commitment from Minister Mullighan, there's little doubt a local industry participation policy will be considered  for the tender. Check out our free eBook and learn three reasons why including local suppliers in your next tender will help market your business to the decision makers of the project.

Author's Note: This article originally appeared in the Herald Sun.

The contract to deliver a $300 million government office complex in Canberra has been awarded. From six shortlisted tenderers, Canberra-based company Capital Property Group (CPG) was chosen to transform the existing car park in Civic into a 20,000 square metre office building that will house at least 1,700 public servants by October 2020.

More North Queensland jobs will soon be up for grabs as the Ravenswood Gold expansion project gets underway. In addition, approximately $50 million is expected to be spent on local goods and services for the delivery of this project.

Preliminary works have begun on Melbourne Convention & Exhibition Centre's expansion, worth over $300m.