Works at South Brisbane are part of the first stage of the Brisbane Metro project, which will ultimately link 18 stations along dedicated busways located between Eight Mile Plains and Roma Street as well as the Royal Brisbane and Women’s Hospital and the University of Queensland.

“There will also be a new fleet of comfortable electric metro vehicles, with USB charging points, on board Wi-Fi and large doors for quicker boarding,” Federal Member for Bonner Ross Vasta said.

“This project is creating jobs and a world-class public transport system to ensure residents get home quicker and safer, while also catering for future city growth.

“The new underground station at the Cultural Centre will be a key part of Brisbane’s greater transport network and will help link the city to the suburbs, making it easier for you to connect to the people and places you love,” Lord Mayor Adrian Schrinner said. 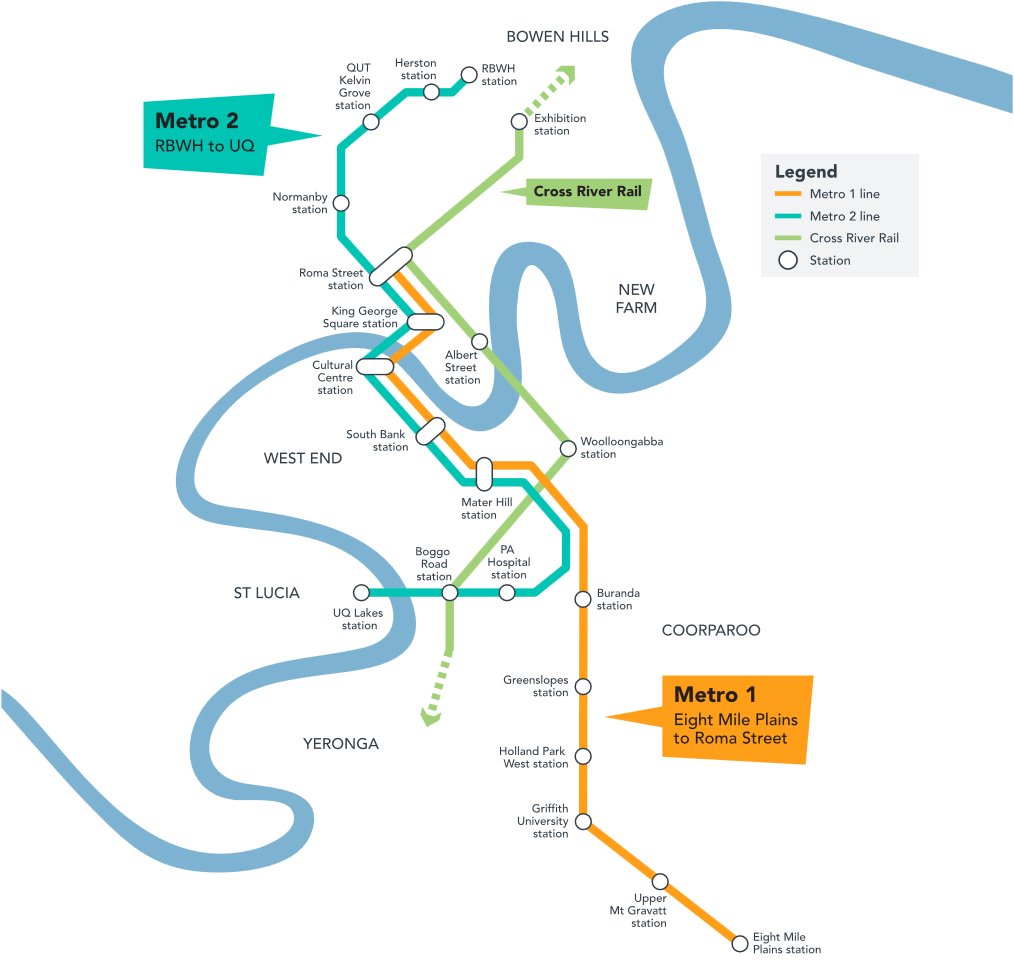 This project will also include the construction of a sewer pump station and works are expected to take up to 12 months to complete. Once the pump station is completed, Alexander Smith Place Park is going to be rejuvenated with plants, new street furniture and a drinking fountain.

The $8.7 million pump station is jointly funded by Council and Urban Utilities.

Brisbane Metro’s first pilot vehicle is going to be built by HESS and its partners. The new fleet of Metro vehicles will be fully electric and have zero tail-pipe emissions.

The pilot vehicle is expected to arrive in Brisbane this year to begin testing in local operating conditions.

Brisbane Metro is anticipated to begin operations by late 2023.

Brisbane's lord mayor Graham Quirk yesterday announced plans to construct a $1.54 billion high frequency subway system, known as "Brisbane Metro", in the inner city if re-elected.  A first of its kind in Australia, the "Brisbane Metro" would see sections of the south-east and inner northern busways altered and an underground subway system built to cater for a rubber-tyred metro service that would link Woolloongabba to Herston.