A new milestone has been marked on the Bayswater Station upgrade in Western Australia, with the revised concept plans for the upgrade unveiled following an intensive community consultation phase.

The Bayswater Station Upgrade is part of the first stage of the Morley-Ellenbrook Line project and the station upgrade is estimated to cost approximately $146 million.

"It will be Bayswater Station's biggest overhaul in more than a century and we are proud to be bringing METRONET in to revitalise the area.

"We knew how important it was to revitalise this precinct in line with the expectations of the local community, which is why the METRONET team consulted so extensively with local stakeholders," Transport Minister Rita Saffioti said. 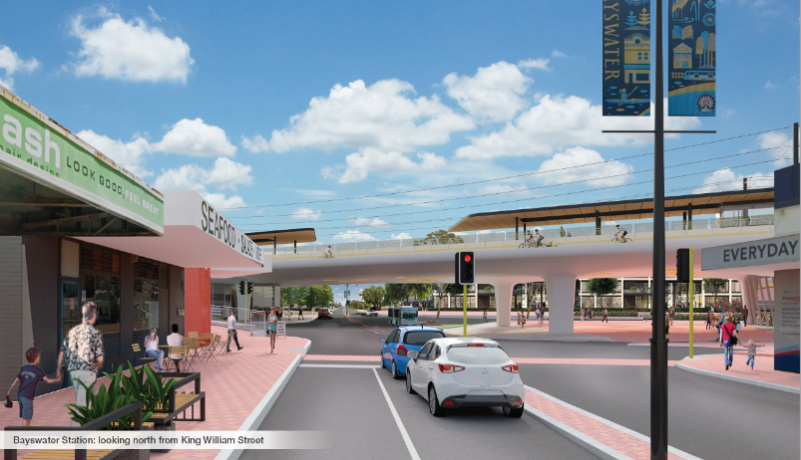 The refined concept design will now include more public space underneath the rail line as well as additional town centre connectivity and better station aesthetics. The design will also include lowering a section of Whatley Crescent between King William and Hamilton streets, which will create a second underpass  that will connect Beechboro Road under the new rail bridge.

Other works covered in the upgrade will include:

"Importantly, this is a vital first step for the Morley-Ellenbrook Line which will connect the north-east corridor to Perth's rail network for the first time," Ms Saffioti said. 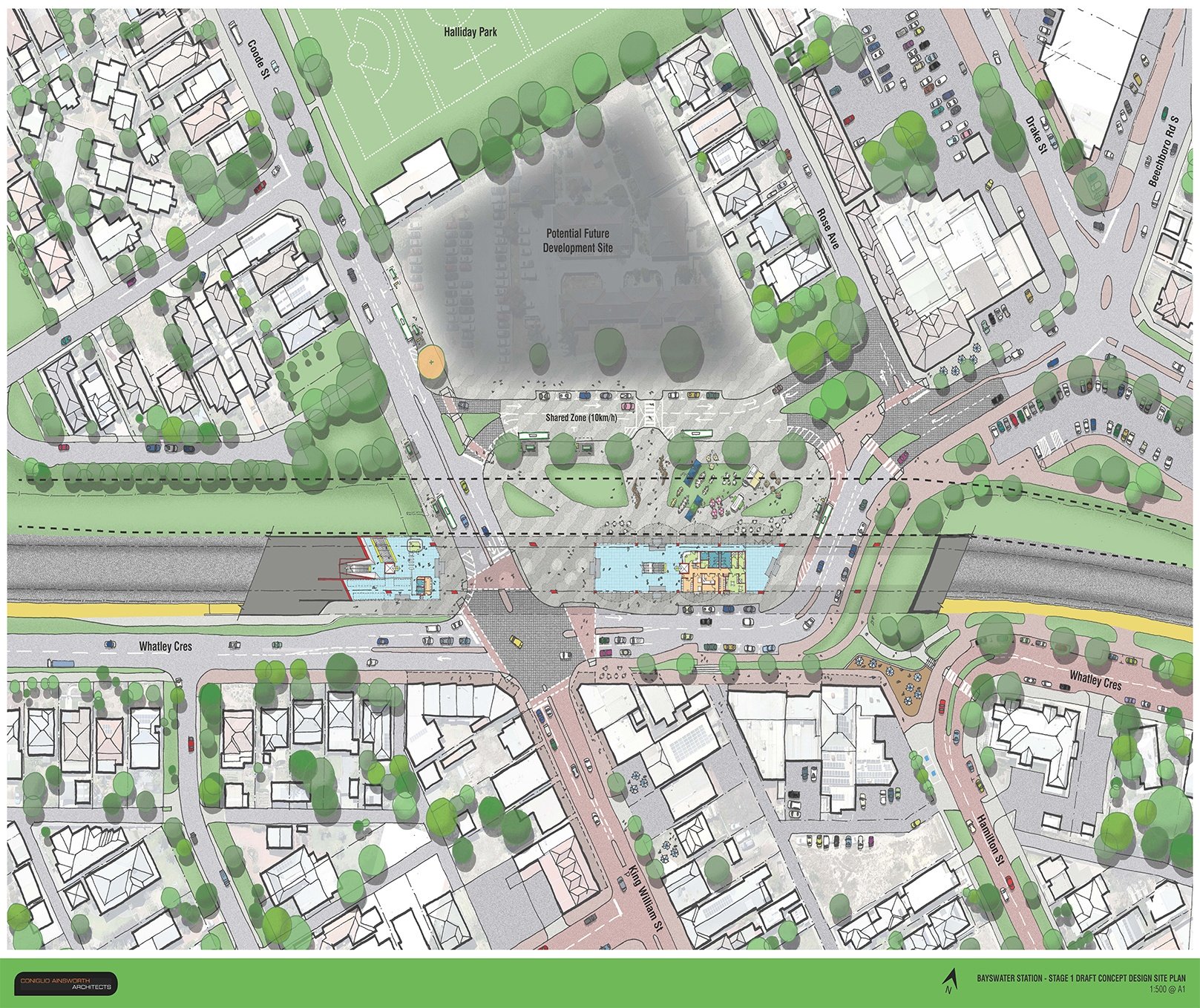 The new concept design will have improved pedestrian connections as well, together with a simplified traffic phasing, new street designs that will promote slower speeds and better bus-train connections.

Bus services to the area will be integrated with the local traffic network beneath the railway to improve the overall traffic condition in the town centre.

Once the upgrade is completed, the Bayswater Station precinct will serve as a community hub and junction for the upcoming Forrestfield-Airport Link and Morley-Ellensbrook Line.

"This project encapsulates what METRONET is about - it's a key first step for the Morley-Ellenbrook Line and will be one of the final steps for the Forrestfield-Airport Link.

"Along with creating a junction for our new METRONET lines, it will pump vibrancy and activity into the Bayswater town centre to support more jobs and local businesses," Premier Mark McGowan said.

The tender for construction of the Bayswater Station upgrade is anticipated to be put to market in early 2019, with works to begin by late 2019.

McConnell Dowell is set to deliver works on New South Wales’ Mulgoa Road / Castlereagh Road Upgrade in Penrith, with the company awarded the contract to upgrade the Jane Street - Union Road to Museum Drive section of the project.

Another project is gearing up to begin construction as part of the $2.27 billion Suburban Roads Upgrade – South Eastern Roads and Northern Roads package, which aims to upgrade suburban roads across Melbourne’s south-eastern and northern areas.