A new major milestone has been marked on Western Australia’s $93 million Leach Highway and Welshpool Road intersection upgrade with the announcement of a preferred proponent to undertake the delivery of the project.

“We’re creating hundreds of jobs with this upgrade alone at a time when hard-working West Australians need it most.

“At the same time this is a targeted infrastructure investment that will bust congestion and improve safety at what is a notorious intersection,” Federal Minister for Population, Cities and Urban Infrastructure Alan Tudge said.

The Leach Welshpool Alliance – which is comprised of local companies BG&E Pty Ltd, Georgiou Group Pty Ltd and Golder Associates Pty Ltd – has been chosen as the preferred proponent.

The final contract is expected to be awarded in December, which has been fast-tracked by about six months ahead of schedule.

“It’s fantastic to see an alliance of local companies named as the preferred proponent to deliver this job-creating, congestion busting project.

Early works on the project are anticipated to commence before the end of the year and the alliance is expected to begin mobilising on site in early 2021.

“We’re thrilled to be named preferred on this project. Not only will the project create more than 600 local jobs, but it’s great for a local, Australian alliance to deliver infrastructure for Australians,” Georgiou Group Engineering General Manager Simon Welfare said. 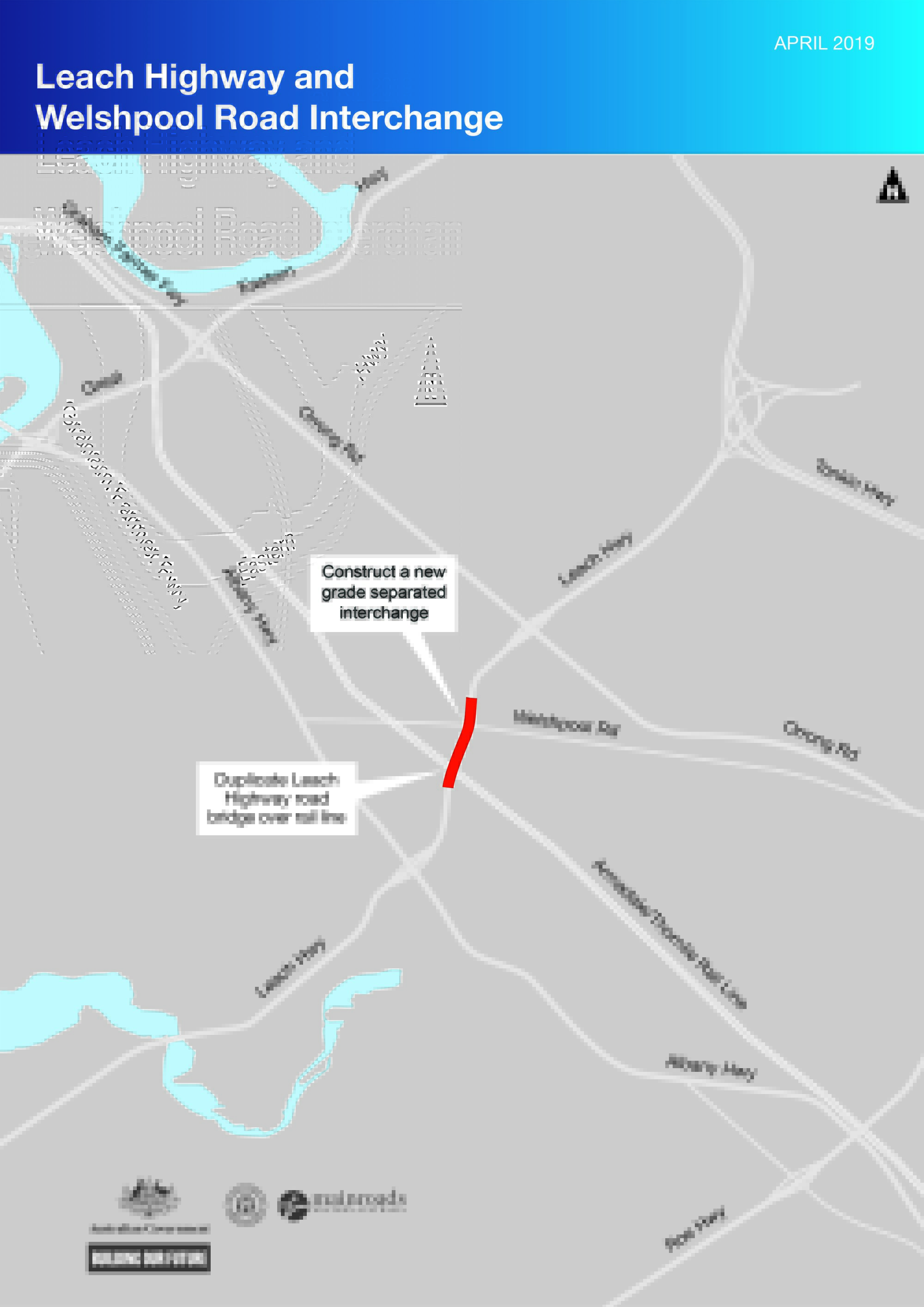 “At least 50,000 vehicles pass through this intersection every weekday, with the area servicing key commercial activities in the Welshpool commercial area, Perth Airport, Kewdale Freight Terminal and surrounding residential areas.

“Combined with our level crossing removals along the Armadale Line this will completely transform this transport corridor,” Ms Saffioti said.

The upgrade will not only help bust congestion, it will also provide better connections to a major industrial area as well as help improve road safety and reduce delays.

“There were 224 crashes reported between 2014 and 2019, these upgrades will create a safer intersection whilst supporting local jobs.

“This is one of 24 Western Australian Transport projects being fast-tracked to support local jobs during COVID-19,” Federal Member for Swan Steve Irons said.

The Leach Highway and Welshpool Road intersection upgrade is jointly funded by the Australian and Western Australian Governments, each contributing $46.5 million.

A new Leach Highway and Welshpool Road interchange in Perth, Western Australia is a step closer to becoming a reality as proposals for the design and construction of the $93 million project are now open for submission.

Following the announcement of a preferred builder in August 2020, the contract to deliver the $93 million Leach Highway and Welshpool Road Interchange project in Western Australia has officially been awarded to the Leach Welshpool Alliance.