Western Australia’s $136 million Leach Highway and Welshpool Road interchange upgrade has marked a new milestone with the beginning of major construction on the congestion-busting project.

“This important upgrade will fix one of WA’s most dangerous intersections, where hundreds of crashes have occurred in recent years.

“This is all part of our plan to support local jobs and the economy through COVID-19, while delivering important upgrades to our transport networks,” Premier Mark McGowan said.

The interchange recorded approximately 224 crashes between 2015 and 2019, including 204 that were rear-end collisions.

This multi-million dollar project will deliver:

The project will also include upgrading the Leach Highway Bridge over rail located south of the interchange.

“This project will provide Perth drivers with a safer and more efficient east-west freight connection, particularly between Fremantle and the industrial areas of Kewdale and Welshpool.

“This project is one of the many critical infrastructure projects to receive funding from the Morrison Government as part of its record $110 billion, 10-year infrastructure investment pipeline,” Federal Minister for Communications, Urban Infrastructure, Cities and the Arts Paul Fletcher said. 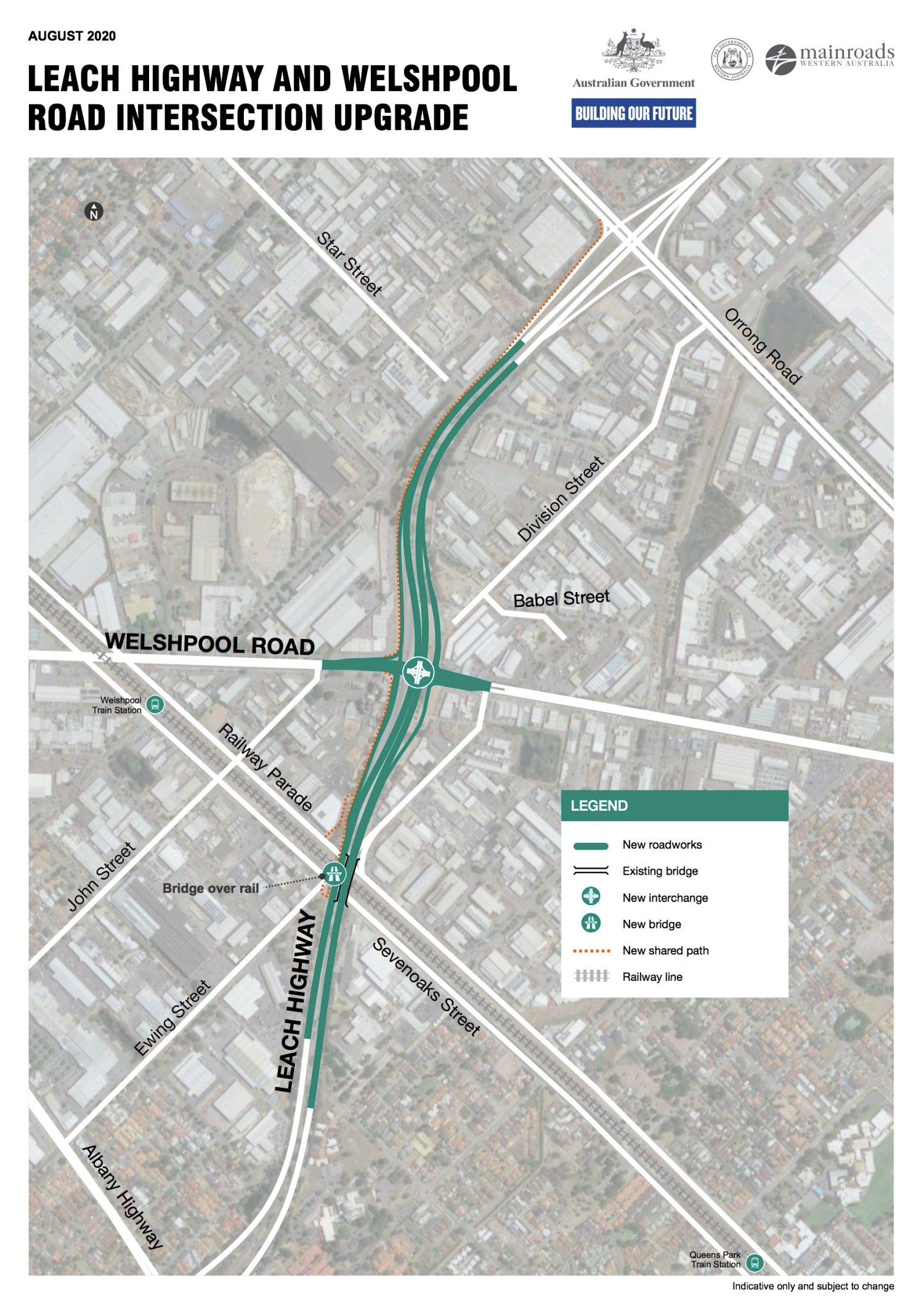 The interchange upgrade aims to improve traffic flow ad safety as well as help reduce travel times during peak hours and relieve pressure on local roads. In addition, the project is anticipated to support up to 600 jobs.

The leach Highway and Welshpool Road interchange project is jointly funded by the Australian and Western Australian Governments, each contributing $68 million.

“These works are a part of the ongoing commitment by the Morrison Government to the recovery of our economy and to get people home safer and sooner with funding for congestion busting infrastructure,” Federal Member for Swan Steve Irons MP said.

Monadelphous secures $120m worth of work packages in WA and NSW

Monadelphous Group has recently secured a number of contracts with a combined value of $120 million from various clients, including Fortescue Metals Group, BHP Billiton and Chevron.

NRW to begin works on Dalgaranga Gold Project in WA

NRW Holdings is now set to commence work on the Dalgaranga Gold Project in Western Australia, with Gascoyne Resources finalising the terms of the contract – which is valued at approximately $324 million.

Monadelphous Group has secured two new contracts with a combined value of $170 million, one of which is for works on the Ichthys LNG project in Darwin.