The $300 million Western Sydney Stadium at Parramatta is one step closer, with the NSW Government inviting EOI's from the private sector to design and construct the new stadium.

Parramatta's stadium is the first part of a $1.6 billion spending package by Infrastructure NSW, the largest investment in sport, entertainment and the visitor economy in NSW since the Sydney 2000 Olympics. The project will replace the existing Pirtek Stadium - home of the Parramatta Eeels rugby league and Western Sydney Wanderers soccer teams.

In an effort to reduce any risk of the project running over time and budget, Infrastructure NSW has set strict criteria for prospective bidders. The tender opportunity is only available to contractors with an annual revenue of $1 billion or more for the past three financial years AND a proposed lead designer who has designed an operational stadium in the past 10 years.

AFR's Michael Bleby confirmed that "As consortiums assemble to bid for the work, Lendlease has joined Populous – designer of the Sochi 2014 Winter Olympics Fisht Stadium – and engineering firm Aurecon. John Holland and Cox Architecture, appointed to design Indonesia's 2018 Asian Games velodrome, and engineers Robert Bird Group, are another team. Brookfield Multiplex, architecture firm Hassell – collaborating with Cox on the new 60,000-seat Perth Stadium – and engineers Arup are another. Laing O'Rourke has paired with architects BVN, which designed the Sydney 2000 Olympic venue with Populous and which also designed a retractable roof planned for ANZ Stadium in 2014." 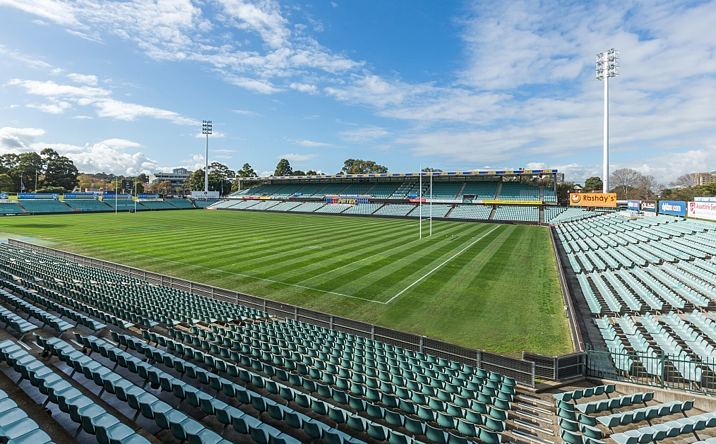 Applications are due by June 22, leading to the shortlisting of three tenders to the request for tender stage in July. Infrastructure NSW will close the tender process in October and announce the preferred tenderer in December. The project will be awarded on a lump sum design and construction contract.

Demolition works on the existing Pirtek Stadium may start as soon as January, with construction completed by 2019. The full project scope includes:

• design and construction of the new stadium and associated precinct works;

The Diona Ward Joint Venture - comprised of Diona Pty Ltd and Ward Civil & Environmental Engineering Pty Ltd - has been awarded the Enabling Works contract that will deliver upgrades to George Street in the Parramatta CBD and O’Connell Street as part of the Parramatta Light Rail project.

Charter Hall, together with Western Sydney University (WSU) and University of NSW (UNSW), has announced the development of an $280 million innovation hub at 6 Hassall Street in Parramatta’s CBD.