“Parramatta Light Rail will connect major Western Sydney precincts for the first time and make it possible for people to ‘turn up and go’ to employment, cultural, entertainment and sports destinations.

“This is an exciting time for the people of Parramatta and for visitors to this fantastic part of Sydney,” Premier Gladys Berejiklian said.

The Premier added that the Parramatta Light Rail project is expected to create up to 5,000 jobs and it will connect communities along the route. Once the project is completed, there will be light rail service every 7.5 minutes during peak periods and the light rail will transform the way people explore Western Sydney attractions.

According to Minister for Transport and Infrastructure Andrew Constance, construction is on track to commence by the end of 2018. Mr Constance added that the project is part of the NSW Government’s $80 billion infrastructure pipeline.

“Parramatta Light Rail Stage 1 will deliver frequent and reliable public transport not only for the people of Parramatta but for all those who come here to work, study, access essential services or to simply relax and take in a football game,” Mr Constance said.

Stage 1 of the project will be connecting major destinations including the Westmead Precinct, the new Western Sydney Stadium, the new Powerhouse Museum and three Western Sydney University campuses. The first stage will also link to brand new communities at Telopea and Camellia. 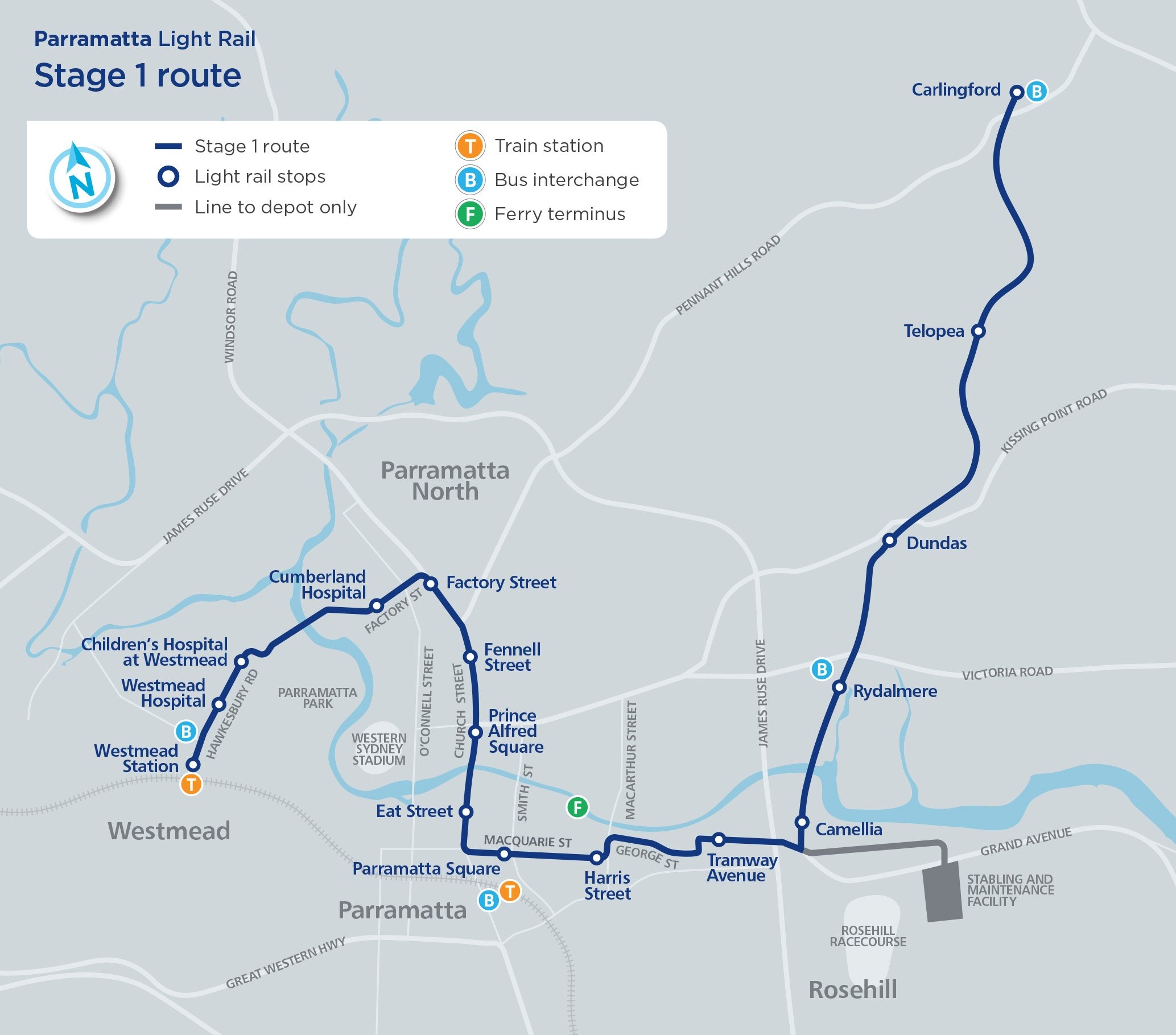 Minister for Planning Anthony Roberts said that the planning approval was granted after an extensive consultation period with the community as well as local businesses and major stakeholders - including Westmead Hospital, the Children’s Hospital at Westmead, Western Sydney University, the City of Parramatta Council, Western Sydney Business Chamber and the Parramatta Chamber of Commerce.

Once the Parramatta Light Rail is up and operational, it will help the Greater Parramatta Growth Area have better connection, be more accessible and liveable with the region growing rapidly.

“Greater Parramatta is experiencing unprecedented growth, with more than 72,000 new homes planned for this region over the next 20 years. Parramatta Light Rail is an essential part of our plan for this growth,” Member for Parramatta Geoff Lee said.

The State Government has invested approximately $1 billion towards the project, but the final cost will be released once contracts have been signed. Operation and construction contracts for the Parramatta Light Rail Stage 1 are expected to be awarded in the third quarter of 2018.

A shortlist of tenderers to build as well as supply for, operate and maintain Stage 1 of Parramatta Light Rail was already released in November of last year.

The final business case for Stage 2 is expected to be completed by the end of this year. The second stage of the Parramatta Light Rail project will connect the Parramatta CBD to Ermington, Melrose Park, Wentworth Point and Sydney Olympic Park.

Construction on Stage 1 is projected to commence later this year and be operational in 2023.

The Environmental Impact Statement (EIS) for the Parramatta Light Rail Stage 2 (PLR 2) project is now out for public consultation and the New South Wales Government is encouraging communities to have their say and help shape the final design for the project.