Promised for decades, The Victorian Government has today announced that they're going ahead with the Chandler Highway bridge upgrade. This project will deliver a new six lane bridge next to the old existing bridge which was built in 1891 and sees approximately 44,000 vehicles each day, operating far above it's capacity. The upgrade is set to see significant reductions in travel time and queuing during peak periods and will allow for future growth in traffic volumes.

"People come up with lots of proposals, in this particular instance we've made an assessment that there is 44,000 cars going over there a day and we need to widen the road" - Luke Donnellan, Roads Minister 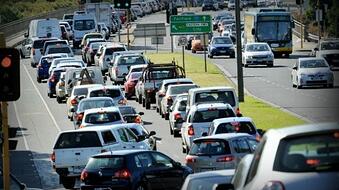 The State Government is committing funding of $110 million to widen the Chandler Highway and build a new bridge over the Yarra River.

The Chandler Highway between Heidelberg Road and south of Yarra Boulevard.

The project's estimated date of completion is late 2018, with the contract being awarded and construction starting in mid 2017.

Want to get involved with this project or projects of similar size and scope? To improve your chances of winning tenders of this scale check out our 10 tips to successful tendering.

The VIC Government have called for expressions of interest to build the $110m Chandler Highway upgrade in Melbourne. EOIs close Wednesday 15 June, and interested companies will be shortlisted prior to a tender process, which is expected to start in mid-2016.