A new major milestone has been reached on the $175 million Albany Ring Road in Western Australia as the Western Australian Government names Decmil Group Limited as the preferred contractor to deliver the project.

“Decmil is pleased to be selected as the preferred proponent in a critical piece of infrastructure for Western Australia’s south-west.

“It represents the strong pipeline of works that is currently available in the infrastructure sector, and our focus is now on signing the final contract and executing its delivery to provide value for both our shareholders and taxpayers,” Decmil CEO Dickie Dique said.

Works under this contract are going to be delivered in two phases, with construction anticipated to begin in September.

The first phase will involve the construction of a new interchange at Albany Highway and Menang Drive as well as the section of the Ring Road south to Lancaster Road and completion of Phase Two design.

On the other hand, Phase Two will include extending the Albany Ring Road from Lancaster Road to Princess Royal Drive. Works on the second phase will commence once environmental approvals have been granted.

“The completed Albany Ring Road will link the existing major roads and highways radiating from Albany. 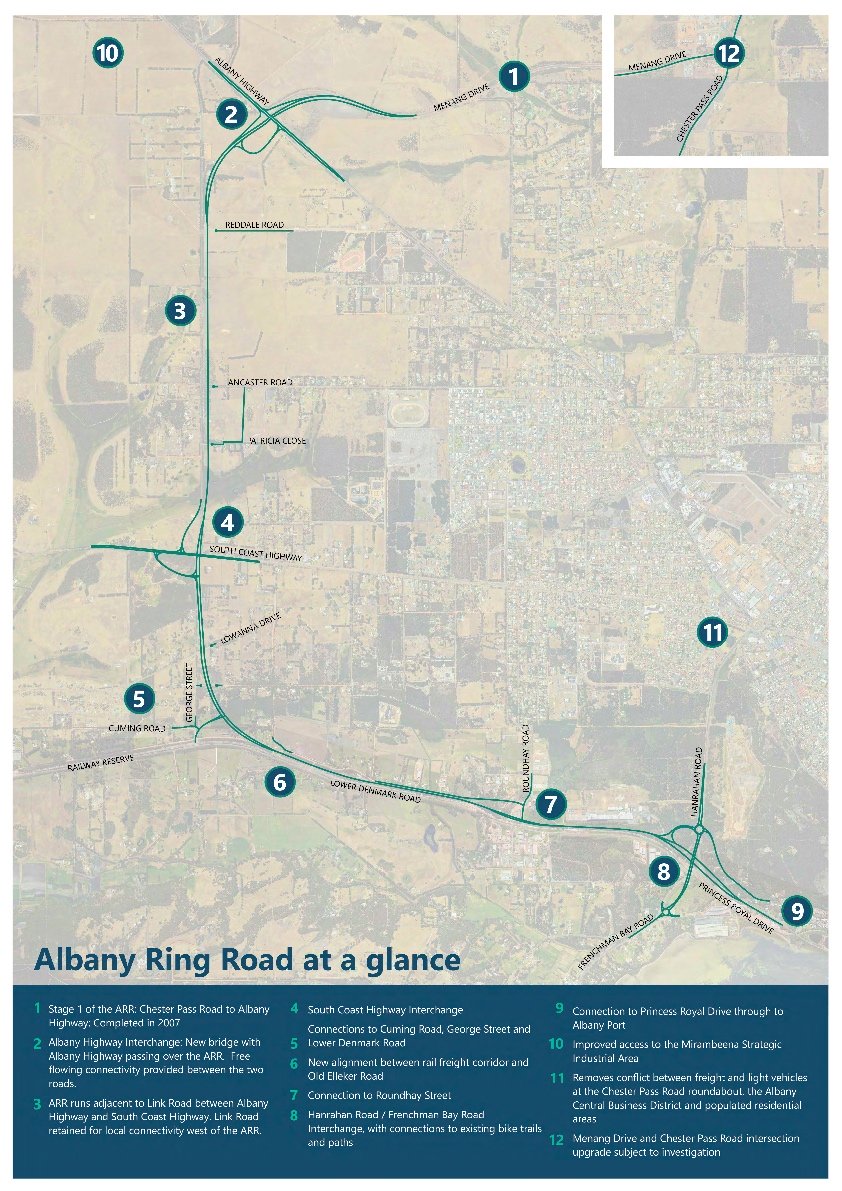 This major transport infrastructure development will provide opportunities for local jobs as well as businesses over the life of the project.

“The Albany Ring Road project is expected to support more than 1,000 jobs during the life of the project, with a Local Industry Participation Plan tailored to give local businesses opportunities to get involved in the project, generating employment and building their skill base.

“As will all transport infrastructure projects we will also be actively seeking opportunities for both Aboriginal employment and engagement of Aboriginal businesses,” Transport Minister Rita Saffioti said.

“By reducing the number of heavy vehicles on Albany Highway, South Coast Highway and Chester Pass Road, the project will relieve congestion for the freight industry and enhance safety outcomes for local and tourist traffic,” Federal Member for O’Connor Rick Wilson said.

In addition, the design for Albany Ring Road will ensure safe and uninterrupted access to the Port of Albany.

“The design will provide certainty for current port users and an incentive for future investors.

“The project will also unlock new economic opportunities to the west of the city by opening up the area through a high-quality road connection,” State Member for Albany Peter Watson said.

The Albany Ring Road is jointly funded by the Australian and Western Australian Governments, each contributing $140 million and $35 million respectively.

The $175 million Thompson Road upgrade in Victoria is one step closer to construction with the Victorian Government awarding the Stage 1 works contract to BMD Constructions Pty Ltd.

Expressions of Interest for the design and construction of the $175 million Albany Ring Road in Western Australia has been released to market, with major construction works anticipated to commence in late-2020 - subject to the granting of necessary environmental and heritage approvals.