Construction on the overpass at Tiger Brennan Drive and Berrimah Road intersection in the Northern Territory is now well underway, with local business Sitzler recently awarded a contract for works on the project.

The $127.8 million contract will get Sitzler to complete detailed design as well as construct the new overpass.

“Quality roads connect our regions and communities. This overpass at the Tiger Brennan Drive and Berrimah Road intersection will make this road safer and the journey between Darwin and Palmerston quicker.

The overall project will include:

Works on the new overpass are going to be carried out in stages to minimise construction impact to all road users.

“Territorians have lost their lives at this intersection. It’s busy and dangerous, and I know that the people and businesses of Greater Darwin will warmly welcome this much-needed overpass, which will greatly improve safety and save lives.

“The Australian Government is proud to be working with the NT Government to deliver exactly this type of vital infrastructure project in the Territory, including almost $2.5 billion of key infrastructure election commitments in the recent Federal Budget.

“As the local Federal Member, I’m delighted to be able to deliver for the Territory,” Federal Member for Solomon Luke Gosling said.

To date, several works have already been delivered as part of the project. This includes: 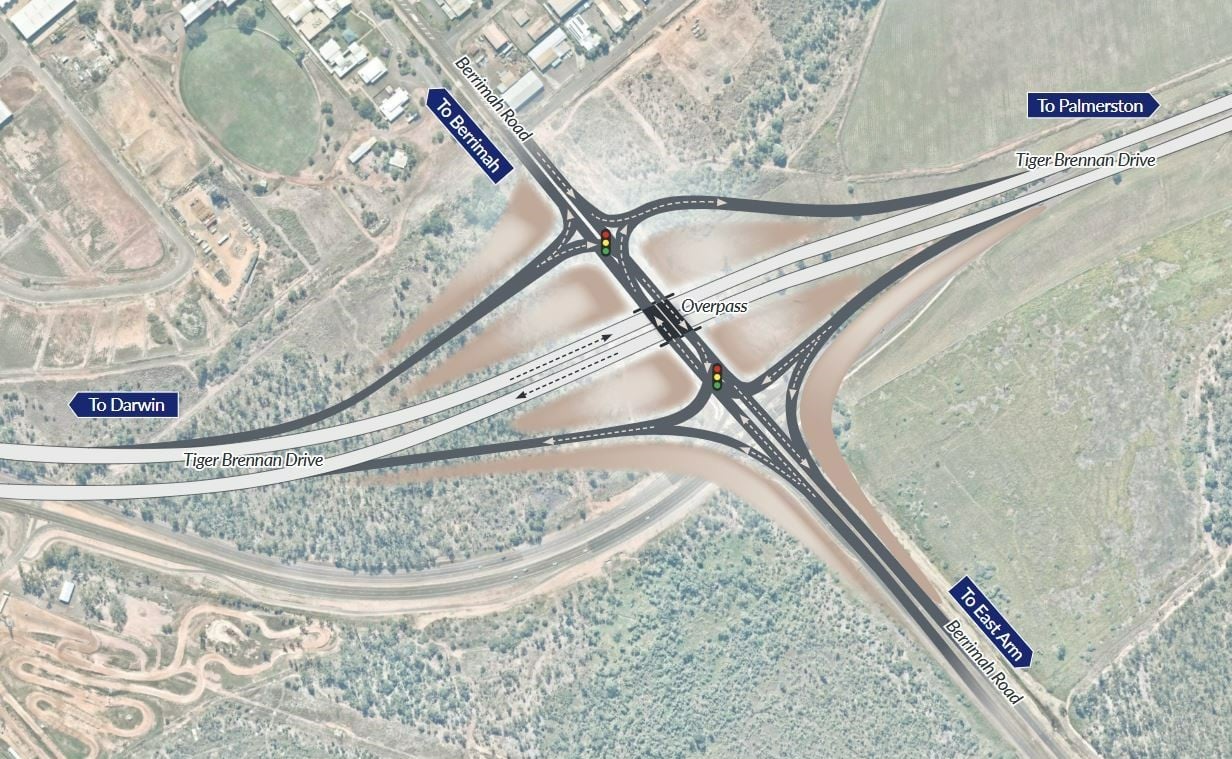 In addition, Larrakia Nation has also been engaged to coordinate expression of interest for artwork at the overpass that has a theme of ‘Dalay’ - the Monsoon season in the Larrakia Calendar.

Construction of the new Tiger Brennan Drive and Berrimah Road overpass is estimated to take two years to complete, and the project is expected to support approximately 150 jobs at peak construction period.

This project is jointly funded by the Australian and Northern Territory Governments.

“The Federal Government believes in the development of the Northern Territory, most recently highlighted in our $2.5 billion infrastructure budget released last week.

“This vital funding is not only providing a much-needed boost to local jobs and the economy, it is delivering safety measures to ensure road users stay safe on our roads,” Federal Minister for Infrastructure Catherine King said.

Builder announced for Stage 4 of NSW's The Northern Road upgrade

Works on Stage 4 of the $1.6 billion upgrade on The Northern Road - between Mersey Road at Bringelly and Eaton Road at Luddenham - in Western Sydney is one step closer to commencing with the contract to deliver the project awarded to a joint venture between Ertech Pty Limited and Georgiou Group.

Another METRONET project is moving forward as construction commences on the new Lakelands Station, which is located between the Warnbro and Mandurah stations in Western Australia.