Construction is set to get underway on two projects in Western Australia’s Upper Swan and Wooroloo regions to help bust congestion as well as improve safety and generate 180 jobs.

“The McGowan Government is committed to supporting local jobs while also improving safety and easing congestion on our roads.

“Thousands of cars use these intersections each day, many of which are heavy vehicles.

“These projects will help transform the local areas, and make it easier for drivers as our communities continue to grow,” Transport Minister Rita Saffioti said.

The first project includes building a new roundabout on the Great Northern Highway at the Apple Street and Coondaree Parade intersection in the Upper Swan region.

The $14 million project is jointly funded by the Australian and Western Australian Governments along with third-party stakeholders – namely Satterley Property Group, City of Swan and BGC.

These works are set to improve travel times and safety at the intersection as well as increase connectivity in the area with a cyclist lane, provide access to various heavy vehicles and improve drainage.

Works are undertaken by WBHO Infrastructure Pty Ltd and construction is due to be completed in the first half of 2022. 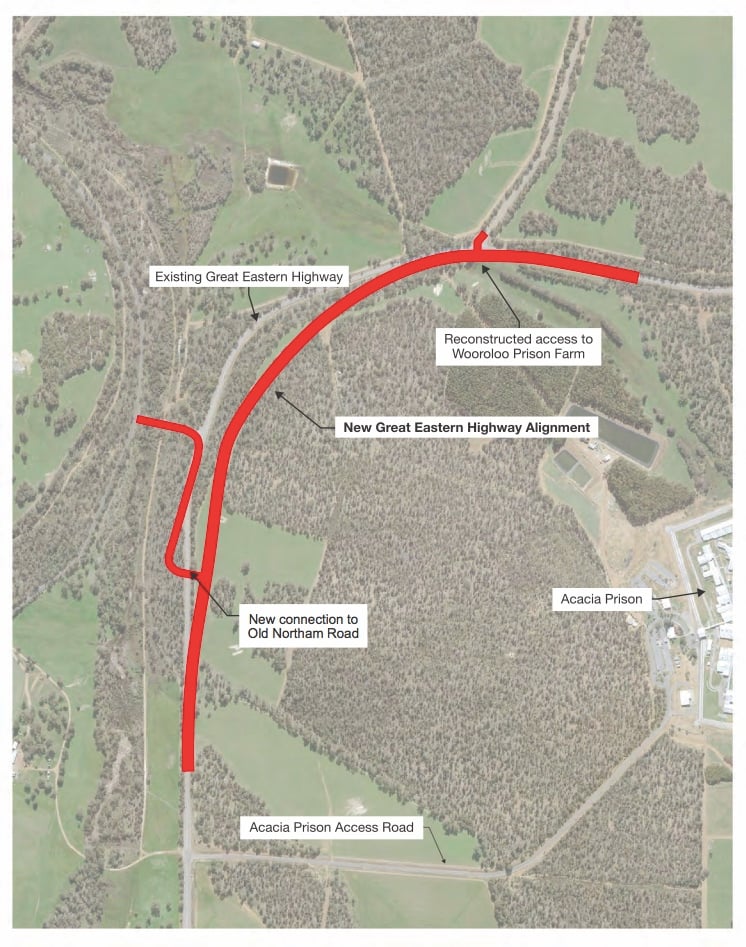 In addition, works to realign two kilometres of the Great Eastern Highway in Wooroloo will also get underway to remove three substandard curves to improve safety and reduce the risk of crashes.

Decmil Southern Pty Ltd will be delivering these works, which includes a painted median to improve separation between traffic and deliver wider sealed shoulders and safety barriers.

This project will also deliver a new connection to Old Northam Road, upgrades to Wooroloo Prison Farm access road along with the addition of left and right-turn pockets at both intersections.

The Australian and Western Australian Governments are jointly funding this $14.4 million project, which is expected to be completed in the first half of 2022.

“The Morrison Government has allocated an unprecedented amount of funding to road upgrades throughout Western Australia and is getting on with delivering infrastructure projects that improve congestion and safety for commuters, ensuring they get home quickly and safely.

“Under the Urban Congestion Fund, we are delivering 177 individual packages of works nationwide. The Great Northern Highway – Apple Steet intersection upgrade and Great Eastern Highway and Old Northam Road project bring the total number of Urban Congestion Fund projects around Australia that are completed or underway to 65. A further 51 are expected to start construction this year.

“This is just the latest example of us delivering on our commitment to progress critical infrastructure projects across the country under our record $110 billion 10-year infrastructure investment pipeline, which is helping to drive Australia’s world-leading economic recovery,” Federal Minister for Communications, Urban Infrastructure, Cities and the Arts Paul Fletcher said.

Upgrade works on the Great Eastern Highway in Perth’s east will continue with a $14 million contract to deliver Stage 2 awarded to Georgiou. The $34 million upgrade project is jointly funded by the State and Australian Governments, and it will deliver works to improve the highway between Bilgoman Road in Glen Forrest and Kintore Road.

Another section of WA's Great Northern Highway to be upgraded

Works on Western Australia’s Great Northern Highway continues with the Australian Government investing $44.91 million to upgrade the Maggie – Wyndham section of the project.

A new major milestone has been reached that will progress the $386.5 million Great Eastern Highway Bypass Interchanges project – a project that will deliver a new free-flowing gateway into Perth’s eastern suburbs.