Overwhelming support for the proposed design was shown through the release of the submissions report that reflects 146 submissions on the concept design and environmental assessment – which has already been approved.

“The community, businesses and stakeholders had the opportunity to provide their thoughts and helped inform improvements to the design, which is now being progressed.

“Key changes to the intersection between Jervis Bay Road and the Princes Highway will involve realigning and widening the highway and an overpass bridge over Jervis Bay Road which will provide a better connection for road users.

According to State Member for South Coast Shelley Hancock, community feedback was vital in getting the design right for this project.

“The community offered some great insights that have helped the project team make additions and changes to the project to better serve the local community.

“The South Coast is growing rapidly and the road infrastructure must keep pace with that growth which is why I have been a strong advocate for upgrades to our major highways on the South Coast,” Mrs Hancock said.

The concept design for the Jervis Bay Road and Princes Highway intersection upgrade will include:

“The upgrade, including a flyover and roundabouts on either side, will make the intersection of Jervis Bay Road and the Princes Highway safer for all road users.

“This will improve freight productivity, efficiency and network reliability, reduce congestion and support the economic growth of the region.

“We are committed to delivering the road infrastructure that locals, tourists, businesses and freight operators need on the South Coast,” Senator for New South Wales Perin Davey said. 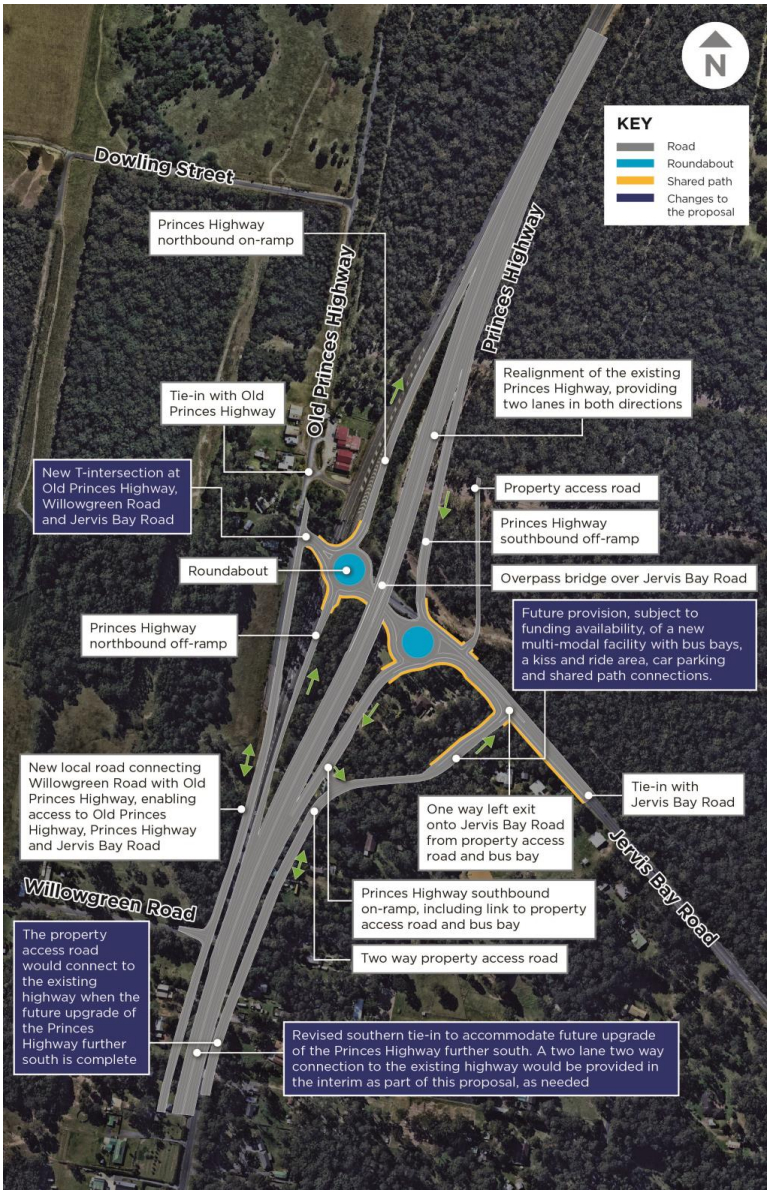 In addition to the release of the submissions report, Transport for NSW also announced that Arcadis Australia Pacific Pty Ltd has been awarded the contract to undertake detailed design, which works have already commenced.

The Jervis Bay Road and Princes Highway intersection upgrade is jointly funded by the Australian and New South Wales Governments, each contributing $100 million and $25 million respectively.

Early works will begin late this year and construction is estimated to take up to three years to complete.

More than 500 direct and indirect jobs are set to be created by a $125.6 million infrastructure project pipeline that will be fast-tracking the development of five projects in the Northern Territory.