A new Swan River Crossing in Fremantle, Western Australia is a step closer to being built as proposals to develop, design and construct the traffic bridge are now open for submissions from industry.

The $230 million project will be replacing the ageing Fremantle Traffic Bridge with two new river crossings to meet the future demands for road, rail as well as walking, cycling and boating in the region.

The new Swan River Crossing is jointly funded by the Australian and Western Australian Governments, each contributing $115 million.

“This is part of our $100 billion, 10 year infrastructure pipeline across the nation.

“We are committed to creating local jobs and boosting communities at a time when it’s needed most.

“Fremantle continues to be a bustling hub and we brought forward funds so construction on this project could kick off sooner,” Federal Minister for Population, Cities and Urban Infrastructure Alan Tudge said.

This multi-million-dollar development is just one of the numerous major Western Australian transport projects being fast tracked towards construction.

“Procurement for the project has been brought forward six months earlier than initially scheduled, to support the WA economy and local jobs during the road out of COVID-19.

“Community consultation is now underway and will inform the project’s development and design to ensure we reach the best possible outcome for this significant infrastructure in Fremantle,” Transport Minister Rita Saffioti said.

Currently, the project is being reviewed by the independent State Design Review Panel and the heritage and architectural leads will be forming part of the alliance contract. 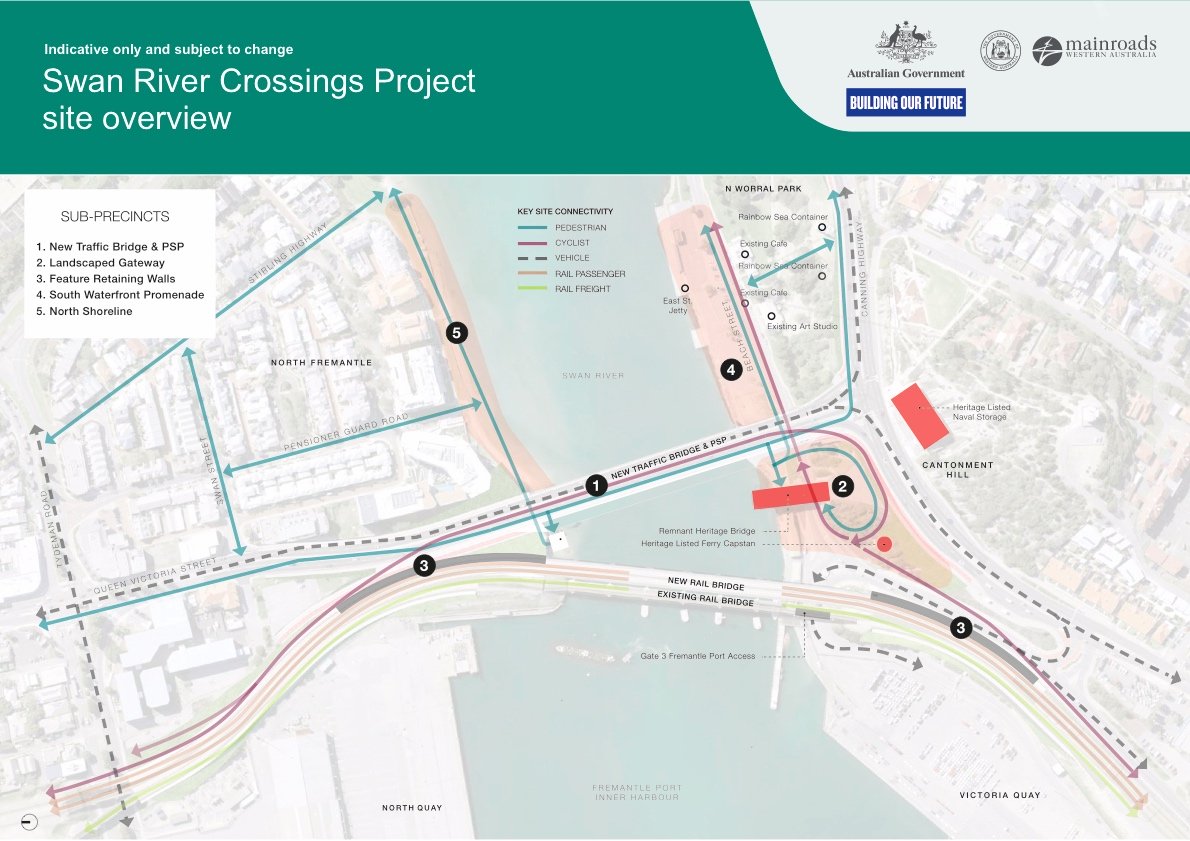 “A lot of work has gone into getting the project to this stage – securing state funding, building a case for federal funding, identifying constraints and mapping out technical requirements.

“We recognise the importance of this project to the Fremantle locals, so facilitating informed and meaningful community input on the new structure is essential,” State Member for Fremantle Simone McGurk said.

Over the coming weeks, several community sessions will be held, and locals are encouraged to attend and provide feedback.

The Department of Main Roads is looking for an alliance contract that includes a focus on heritage and architectural feedback obtained from community consultations.

The alliance contract is anticipated to be awarded in early 2021, with construction to begin in late 2021.

Approximately 1,400 jobs are going to be supported over the life of the project.

A new milestone has been reached for the $47 million Kwinana Freeway Smart Freeways in Western Australia, with three consortia shortlisted to deliver the project.

Construction begins on Mitchell and Kwinana Freeway upgrades in WA

Works have commenced to upgrade sections of two primary arterial roads in Perth, Western Australia - the Mitchell and Kwinana freeways. The projects are valued at $40 million and $49 million respectively, and will deliver improved travel times and safer journeys on both freeways.

Following the announcement of a preferred builder in September 2018, construction is now underway on the $47 million Kwinana Northbound Smart Freeway project - Perth's first smart freeway - that will deliver better travel between Perth’s CBD and the southern suburbs.