Works are now underway on a new large-scale hybrid wind and solar farm near Port Augusta in South Australia and the $500 million project is expected to support up to 200 jobs during its construction phase.

The 317MW Port Augusta Renewable Energy Park will comprise of a 210MW wind farm and a 107MW solar farm.

The project is being developed by Iberdrola in partnership with DP Energy.

“We welcome the investment by Iberdrola into Port Augusta Renewable Energy Park as its debut into the Australian market,” Premier Steven Marshall said.

Major construction works on this half-a-billion-dollar project will include:

“The project’s combined solar and wind generation output is expected to closely match South Australia’s electricity demand profile which will help place downwards pressure on electricity prices while also assisting with the security and reliability of the grid.

“We are working hard to leverage our wind and solar resources to attract investment and support a growth of the jobs from the renewable energy sector,” Minister for Energy and Mining Dan van Holst Pellekaan said. 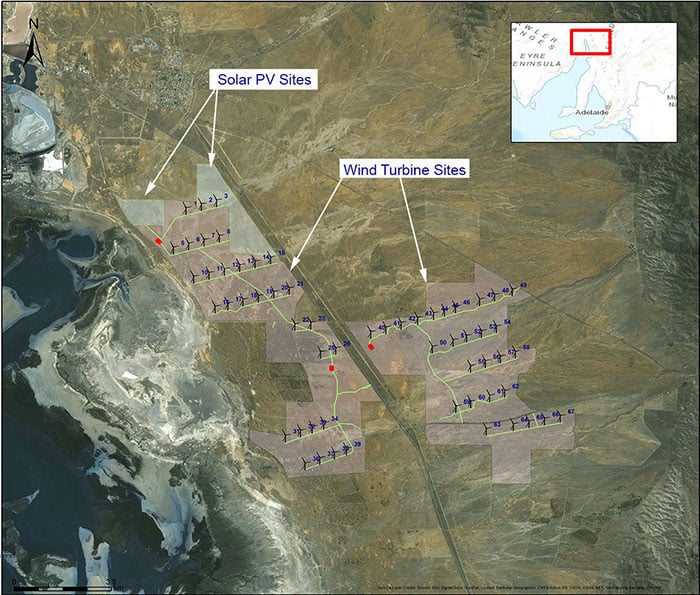 The Port Augusta Renewable Energy Park is going to be built on a 5,400-hectare site on the coastal plain south east of Port Augusta.

Constuction is due to be completed in 2021. Once up and operational, the new hybrid wind and solar farm is expected to generate enough renewable energy to power about 180,000 homes.

In the last two months, we've published over 40 posts on PlantMiner's Instagram about plant and equipment on job sites across Australia, and had thousands of views. Here are the posts voted most popular by the plant hire and greater construction community! Some are staff favourites and others have been sent in by our suppliers!