A sod turning ceremony was held on 24 August 2018 to officially signal the beginning of construction on the $370 million Moorabool Wind Farm located approximately 4 kilometres south of Ballan in Victoria.

In April of this year, preliminary works on the the first stage of the project commenced. Stage 1 is comprised of the 150MW northern section of the Moorabool Wind Farm - called Moorabool North. The entire wind farm will have a total capacity of 321MW once both sections have been completed.

Moorabool North will include erecting up to 50 wind turbines, while the entire Moorabool Wind Farm will have about 107 turbines in total - which are expected to generate enough renewable energy to power an average of 200,000 Victorian homes annually.

Goldwind Australia first bought the development from WestWind Energy back in 2016 and the company will now be undertaking its development - including engineering, procurement and construction as well as operations and maintenance of the wind farm. Goldwind has also appointed Zenviron as the balance of plant (BoP) contractor for the project. 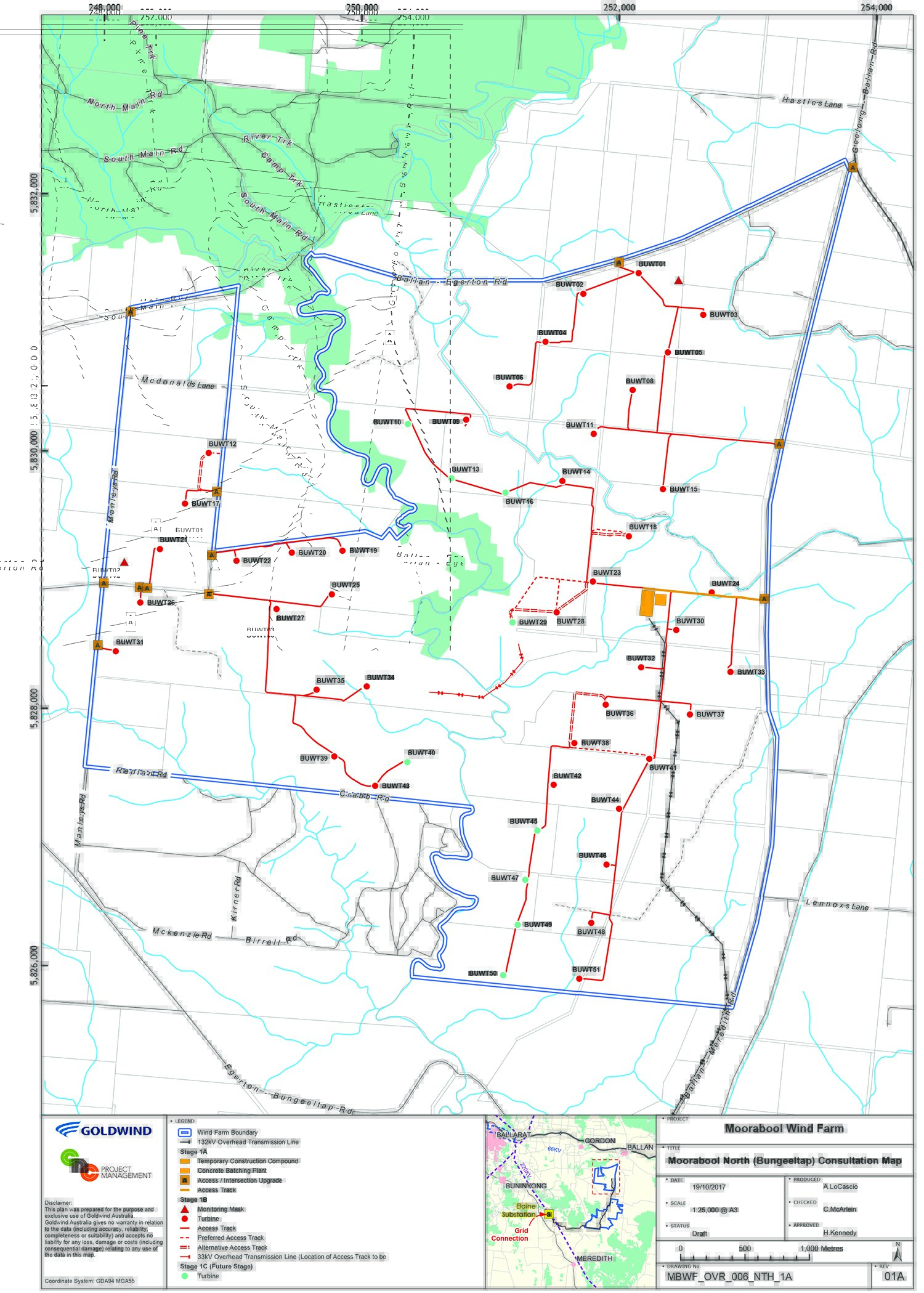 Last year, Goldwind launched a Local Business Participation Program that will identify local community capacity and capability which will help maximise opportunities for local suppliers and subcontractors who want to get involved in the project.

Goldwind Community Engagement Officer Helen Kennedy said on a previous statement that the company has been focusing on local engagement over the past year.

“Goldwind Australia is committed to proactive information sharing and long-term involvement in the Moorabool Shire community. We are actively working to ensure that the benefits of the wind farm are shared throughout the community,” Ms Kennedy said.

Moorabool North is projected to be completed and operational by late 2019.

Zenviron is now set to build the two sections of the $370 million 321-MW Moorabool Wind Farm in Victoria, with Goldwind Australia awarding the company its second contract that will get Zenviron to also build Moorabool South. This award brings the company’s total contract value to $130 million for the Moorabool wind project.

The Australian and Victorian Governments, together with the City of Greater Geelong, are making a move to revitalise Geelong and the wider Great Ocean Road region to drive tourism growth and economic diversification.