Zenviron is now set to build the two sections of the $370 million 321-MW Moorabool Wind Farm in Victoria, with Goldwind Australia awarding the company its second contract that will get Zenviron to also build Moorabool South. This award brings the company’s total contract value to $130 million for the Moorabool wind project.

The contract for Moorabool North was awarded in April of this year and major construction activities commenced in August.

“...it’s with great pleasure that we take on a second contract with Goldwind Australia for the delivery of balance-of-plant works across the entire project,” Zenviron General Manager Carl Keating said.

The southern section of the Moorabool Wind Farm will comprise of 57 turbines that will have a height of approximately 171 metres. The entire wind farm will have a total of 107 turbines which will be able to produce up to 1,000,000-MWh of renewable energy annually, enough to power about 200,000 average homes in Victoria. 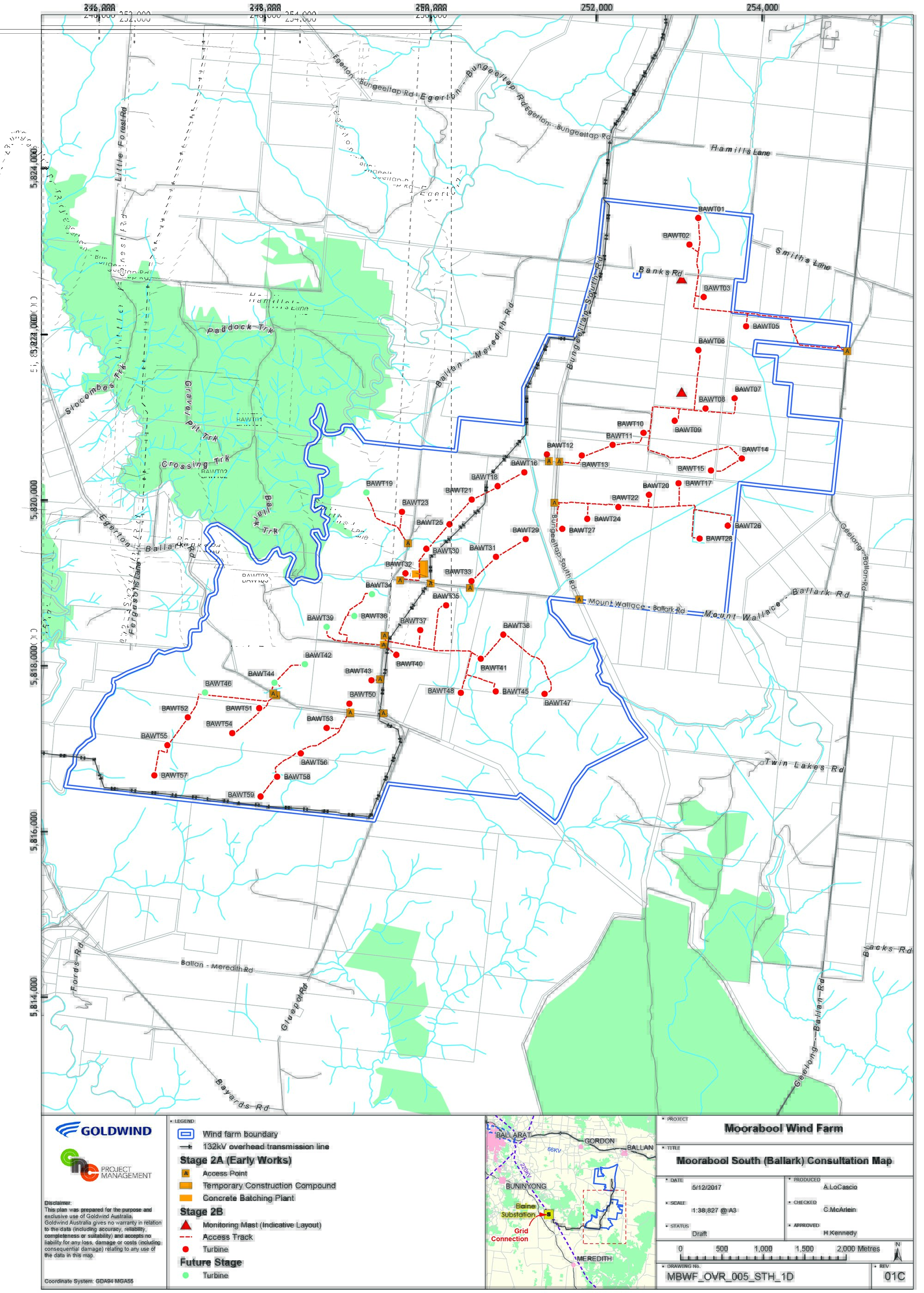 The Moorabool Wind Farm - located approximately 4 kilometres south of Ballan - is going to be connected to the State’s electricity network via the Elaine Terminal Station.

Moorabool South is due for completion in early 2020, while Moorabool North is expected to be operational by mid-2019.

The Moorabool Wind Farm is anticipated to generate up to 300 jobs during peak construction and up to 20 permanent maintenance positions once it is operational.

A sod turning ceremony was held on 24 August 2018 to officially signal the beginning of construction on the $370 million Moorabool Wind Farm located approximately 4 kilometres south of Ballan in Victoria.