Following the call for tenders in June of this year, the Nelson Bay Road upgrade between Salt Ash and Bobs Farm in New South Wales marks a new milestone with the contract awarded to Daracon Contractors Pty Ltd.

The State Government has already committed $275 million towards the duplication of Nelson Bay Road from Williamtown to Bobs Farm. The multi-million-dollar project will help improve safety as well as travel times and traffic flow for the 25,000 motorists who pass through this route daily.

“Nelson Bay Road provides a major connection for Nelson Bay with Newcastle and the work we’re doing will make it easier, safer and faster for locals and visitors to get around.

The award of the contract keeps the project on track to commencing works later this year. 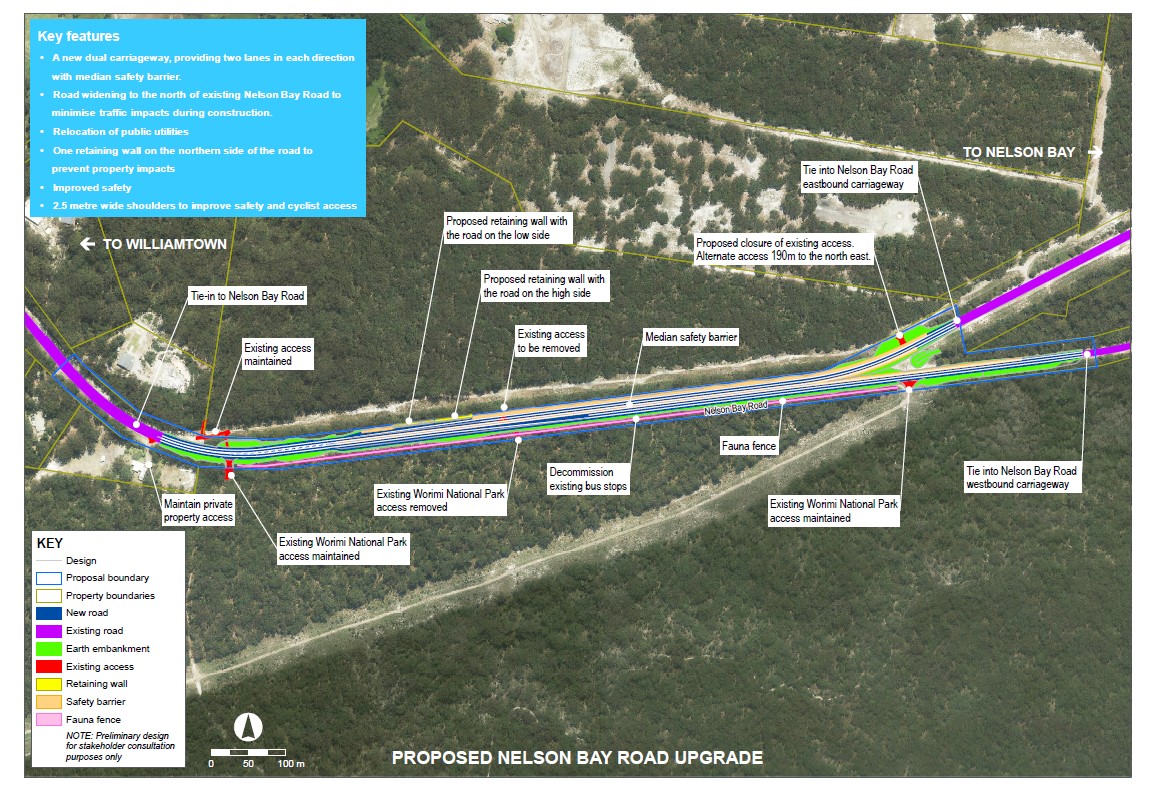 This project will duplicate a one-kilometre section of Nelson Bay Road between Salt Ash and Bobs Farm and will feature:

“A total project budget of $26 million has been provided for the Section 1 upgrade, which involves building about one kilometre of dual carriageway, from 900 metres east of Marsh Road at Salt Ash and joining up to the existing duplicated section of Nelson Bay Road at Bobs Farm.

“This project is expected to boost the local economy by supporting about 100 jobs during its peak construction period, and is expected to take about 18 months to complete, weather permitting,” Parliamentary Secretary for the Hunter Taylor Martin said.

Transport for NSW is now preparing a preferred option report for the upgrade project, which is expected to be published later this year.

Construction of Sydney’s second airport has been given a green light, with Prime Minister Malcolm Turnbull and Federal Infrastructure Minister Paul Fletcher signing off on plans for the estimated $3 billion Badgerys Creek airport.

The Narrabri to North Star section of the Inland Rail is progressing well as major construction gets underway, with works expected to provide hundreds of job opportunities for locals.

Upgrades to the Nelson Bay Road between Williamtown and Bobs Farm in New South Wales is progressing well with the release of the Community Consultation Report as well as the call for tenders to build the first section of the project from Salt Ash to Bobs Farm.