The Western Australian Government has given the development go-ahead to the $215 million Mitchell Freeway extension to Alkimos, with the project anticipated to support up to 1,200 jobs during the construction phase.

Detailed planning and stakeholder consultation for the project is now underway and major construction works are expected to begin in late 2020. The project is due for completion in 2022.

“This project will be a key component of this Government’s plan to boost the economy and create jobs - this project alone will create at least 1,200 jobs.

“Just like our METRONET, school, hospital and other road projects, we are creating a pipeline of work to create new jobs for Western Australians,” Premier Mark McGowan said.

The initial concept for the Mitchell Freeway extension will include: 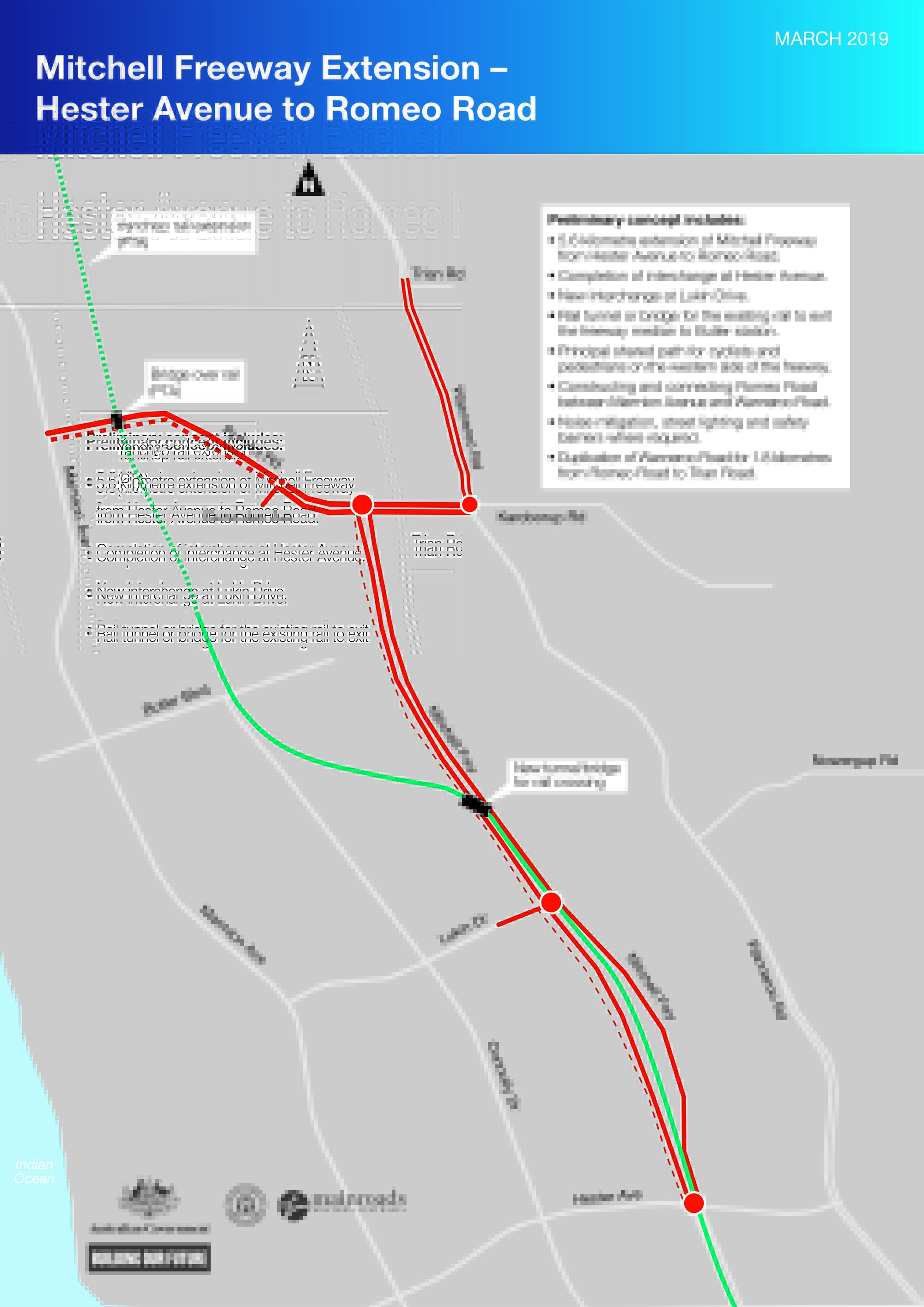 Construction of the project is going to be aligned with the Yanchep Rail Extension to complement it and ensure that both projects will deliver a well-planned transport infrastructure of suburbs in the north as well as in the wider metropolitan region.

“This extension is part of a suite of transport infrastructure improvements designed to support the expansion of Perth’s fast growing outer northern suburbs. It will alleviate pressure on the local road network, reduce travel times and improve safety and connectivity for people living and working in the region now and into the future,” Main Roads WA stated on their website.

The Mitchell Freeway extension project is jointly funded by the Australian and State Governments, with each contributing $107.5 million.

Western Australia’s $215 million Mitchell Freeway Extension to Alkimos is progressing towards construction as two shortlisted consortia are invited to submit their proposals for the congestion-busting project.

The $215 million Mitchell Freeway Extension in Western Australia marks a new major milestone with the appointment of the Mitchell Extension Joint Venture as preferred proponent to build the project.

Following the announcement of the Mitchell Extension Joint Venture (MEJV) as preferred proponent in October, the contract to build the $215 million Mitchell Freeway Extension has officially been awarded to the BMD Construction – Georgiou Group joint venture.