With construction work set to commence in the coming weeks, Nacap Australia has been confirmed as the construction contractor for the 187 km Longford Gas Conditioning Plant to Long Island Point Plant Replacement Pipeline.

PPO News announced the project today, confirming that construction work will commence in early 2016 and occur over a two-year period.

"A licence to construct the replacement pipeline was issued by the Victorian Minister for Resources and Energy in December 2015, which will see the pipeline constructed adjacent to Esso’s existing crude oil and condensate and LPG pipelines.

The new pipeline will replace the existing 700 mm pipeline, which was constructed in 1969 and underwent a partial replacement in 1980 but is approaching the end of its operational life.

Once complete, the replacement pipeline will allow the continued safe delivery of crude oil and condensate, and ensure the delivery of natural gas from the offshore Gippsland Basin to domestic consumers."
More about about the scope of the pipeline development and construction can be found here.
Client:  Esso Australia Resources Pty Ltd (Esso) is a member of the ExxonMobil Australia group of companies. Since 1969, Esso has operated the Bass Strait offshore oil and gas fields and associated production and processing facilities. Esso has a number of pipelines in service which transport crude oil and condensate and LPG from our Longford gas processing and crude oil stabilisation plants in Gippsland to our Long Island Point plant, situated near Hastings.

Infrastructure serviced by the pipeline 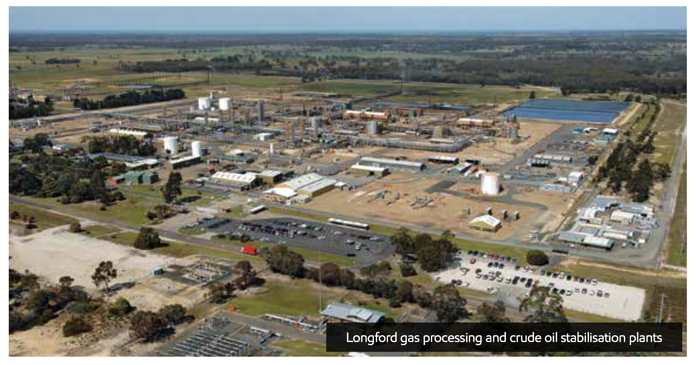 Longford gas processing and crude oil stabilisation plants
Longford is Esso’s onshore receiving point for oil and gas output from Bass Strait. It has been operating for more than 45 years, and has been supplying most of Victoria’s gas requirements since 1969. Longford also currently supplies around 20 per cent of Australia’s crude oil requirements. 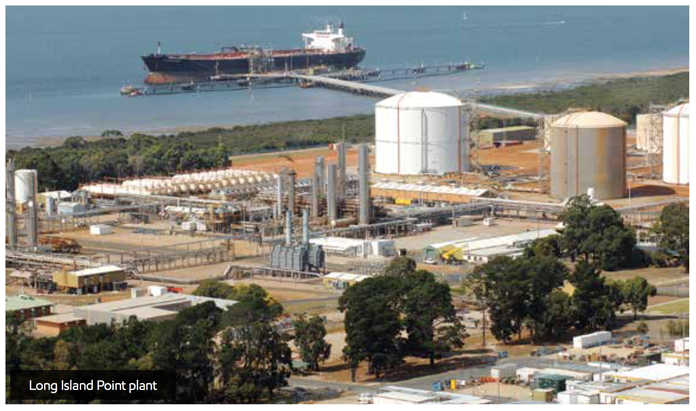 Long Island Point carries out the final stage in the processing of gas liquids (ethane, propane and butane) and stores crude oil prior to distribution to refineries in Australia and overseas.

Why is the pipeline being replaced?

The new pipeline will replace the existing 700 mm pipeline, which was constructed in 1969 and underwent a partial replacement in 1980 but is approaching the end of its operational life. This replacement pipeline will not only allow the continued delivery of crude and condensate, but will also be required so that natural gas from Esso’s offshore Gippsland operations – which is produced along with these liquids – continues to flow to Australian households and businesses. The new pipeline will be 350 mm in diameter.

What will happen to the old pipeline?

The existing crude/condensate pipeline will continue to operate until the replacement pipeline has been constructed and is ready for operation. To reduce the need to disrupt landowners, occupiers and the broader community, after the completion of the construction work, Esso will clean and leave the existing pipeline in-situ, in accordance with Esso’s existing pipeline license, Australian Standard AS 2885 and the Victorian Pipelines Act 2005.

How long will construction take?

Construction is anticipated to occur over two years, commencing in early 2016. Construction of the pipeline can only occur during the drier months of the year, and we expect that the first season of construction will conclude some time during winter 2016, re-commencing in spring 2016.

Construction of the pipeline will predominantly occur in an east to west direction, starting approximately 30 kilometres out of Longford.

What are the opportunities for local suppliers?

AWU state secretary Ben Davis said after follow up discussions with Esso and the future contractor, he was confident locals would make up much of the workforce.

“I contacted Esso immediately and the principal contractor, (and) they assured me that the overwhelming majority of jobs will be local,” he said.

“I can’t put hand on heart and say they all will (remain local), because there might be some specialist white collar roles that will come in from overseas, but given the concerns about use of foreign labour I was keen to quickly get on top of this and they’ve reassured me that’ll be locals,” he said.

“Now whether that means locals in the Latrobe Valley, locals in Victoria or locals in Australia, is an interesting point.”

Esso spokesperson Jessica Bodon commented that “Esso has a strong track record of supporting local contractors and suppliers. While the construction contractor will decide what resources are needed to carry out the construction, we anticipate the contractor will source the people, equipment and services from within Victoria and Australia where possible.”

We'd love to see some of the 500 jobs anticipated go to local suppliers. To successfully market yourself to a prospective contractor, it's time to start building or strengthening your relationships with the decision makers the project. Effective lead nurturing puts the ball squarely back in the prospect's court in the case that they would like to proceed. To save you time and anxiety, we've created 9 email templates to help you handle any

Alinta Energy is pushing ahead with the construction of what will be Western Australia’s largest wind farm - the 214MW Yandin Wind Farm located approximately 4 kilometres south of the town of Dandaragan and 150 kilometres north of Perth.

The proposed $400 million lithium processing plant in Kwinana has been given the go-ahead by the Liberal National Government. West Perth-based MSP Engineering was also announced as the head contractor after leading the feasibility study for the project.

Local jobs to be supported through $400m Electrolysis Plant in TAS

Nyrstar Australia has announced that it has secured bipartisan support for the development of its new Electrolysis Plant at the company’s zinc operations in Hobart, Tasmania.