Last night, the Australian Government handed down the Budget 2016/17, an "economic plan to ensure Australia continues to succesfully transition from the mining investment boom to a stornger, more diversified, new economy."  Explore who's a winner and who's a loser in the construction industry as a result of the 2016 Budget.

Company tax cut to 27.5 per cent for all small companies with annual turnover of up to $10m from July 1, 2016. Over next decade lower tax rate extended to all companies and then progressively reduced for all to 25 per cent by July 1, 2026.

The Government will help upgrade Victorian roads and rail by reallocating $1.5 billion in funding — originally for the East West Link — subject to matching Victorian funding. This will include:

The Government remains committed to the East West Link and their offer of $3 billion to the Victorian Government to deliver the project still stands.

In Victoria, $350 million will be given to the state's Western Ring Road, $500 million for the Monash Freeway, $345 million for rural and regional highways and $75 million to combat congestion in urban areas.

In Queensland, $200 million will be provided for upgrades to the Ipswich Motorway in the state's south-east.

In this Budget, the Government is committing to the Melbourne to Brisbane Inland Rail project and providing $594 million in additional equity funding to the Australian Rail Track Corporation to buy land and to continue pre-construction activities.

The Melbourne Metro and Sydney Metro rail projects will share in funding made available through the Federal Government's Asset Recycling Initiative. New South Wales will receive $2.19 billion, while Victoria will get $2.4 billion.

The Asset Recycling Initiative provides funding for transport proposals, but only if the state and territory governments privatise assets to fund a share of the proposal. State-federal funding is likely to come from the privatisation of the NSW electricity network and the Port of Melbourne. 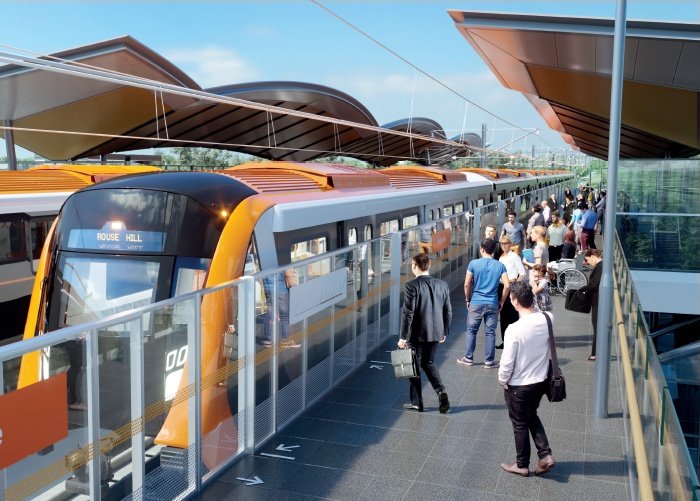 Infrastructure for dams and other water projects

State governments will be given extra incentives to partner with the private sector or go it alone in funding major water infrastructure developments following the launch of a $2 billion concessional loan funding facility to help fund the development of dams and other water projects.

The federal government is working with the states and territories on about 60 potential water infrastructure project proposals seeking funding for feasibility studies.

The Government is also committing an additional $115 million to continue preparatory works for a Western Sydney airport at Badgerys Creek Creek.

Reporting on the budget for Queensland, Sydney Morning Herald reporter Amy Remeikis said "despite strong lobbying from the Palaszczuk Government – which was demanding $1 billion of the $5 billion assets recycling infrastructure fund - Queensland was not eligible for the funding from the moment Labor won the 2015 election. That's when asset sales and privatisation was ruled out for the state – which was the main requirement for access to the fund."

The projects with no federal commitment include:

The state wasn't ignored completely – $95 million for the second stage of Gold Coast light rail, $100 million over the next three years for the "beef roads" program – a Northern Australia scheme initiative designed to improve the cattle corridor, $200 million for the Ipswich Motorway upgrade between Rocklea and Darra and a handful of other road improvements. 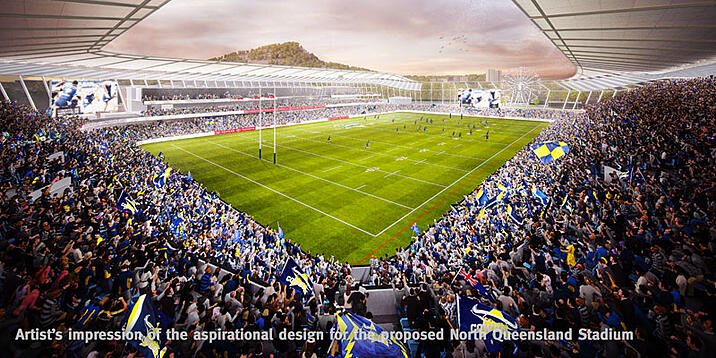 Earnings of transitition to retirement income streams will be taxed to kill the incentive to use them to minimise tax.

Last year's budget heavily focused on Northern Australia; ports, pipelines, electricity and water infrastructure (read more in our 2015 budget infrastructure highlights). But in the 2016 budget, without a doubt, New South Wales and Victoria get to shine. It's great to see project wins across these two states, despite limited spending on new infrastructure.

Subscribe to Felix Project News to keep up to date on all things infrastructure in the 2016 Budget.

How do you feel about the newly handed down budget? We'd love to hear from you - share your thoughts in the comments below!