Stage 2 of the $1.4 billion Monash Freeway upgrade in Victoria is now under construction and the centre media of the road corridor has been transformed into a work site. The beginning of construction is being supported by an additional $367.5 million funding committed by the Federal and State Governments.

This vital upgrade is set to support the growing traffic numbers in the expanding south east.

“We want to meet the huge demand for this corridor which is why beyond adding extra lanes, we’re improving links to the Monash.

With the Monash Freeway upgrade, thousands of local motorists will be able to get to home sooner and safer.

“It’s a game-changer for the hard-working people who travel on the Monash every day and who don’t want to be sitting bumper to bumper traffic.

“People will be saving as much as 1 hour and forty minutes a week across peak hour trips between Malvern and Pakenham,” Federal Minister for Population, Cities and Urban Infrastructure Alan Tudge said. 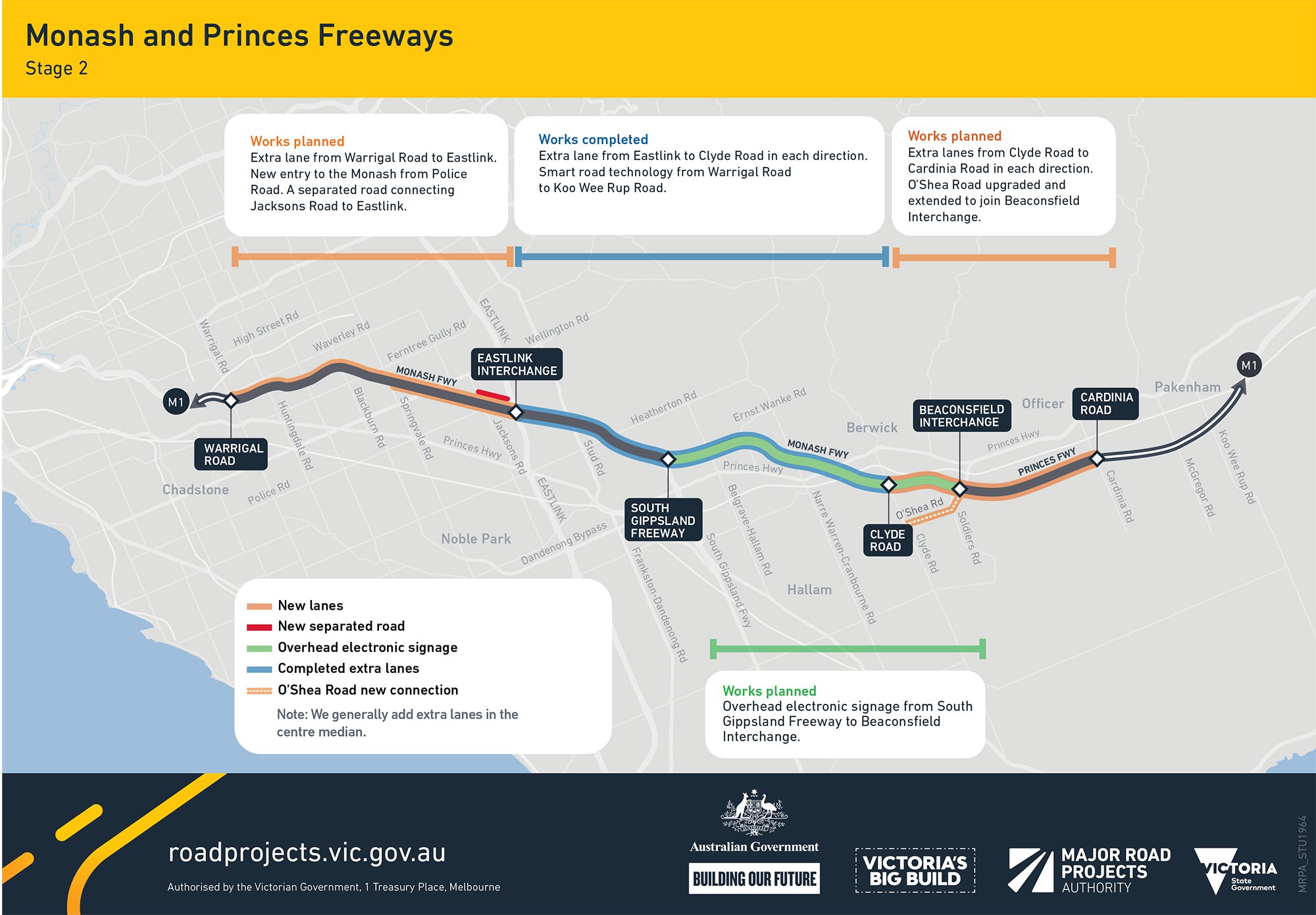 The second stage of the Monash Freeway upgrade will include:

“The project will add extra lane in either direction from Clyde Road to Cardinia Road and upgrade Beaconsfield Interchange, the extension of O’Shea Road in Berwick, which will facilitate the Minta City development, opening 10,000 new job opportunities which would greatly benefit residents in the south east,” Federal Member for La Trobe Jason Wood said.

As construction is getting underway, traffic will continue flowing across the corridor to keep freight and commuters moving.

“The freeway will remain open during peak periods, and we’ll schedule any major lane closures outside of busy times,” Minister for Transport Infrastructure Jacinta Allan said.

In addition to improving efficiency for businesses in the south-east, this project will also create up to 1,000 jobs during its construction.

In October last year, CPB Contractors was awarded a $761 million contract to design and build the project. You can read more about it here.