The first concept designs for the Melbourne Airport Rail development in Victoria have been revealed, marking a new major milestone on the massive rail project that will connect Melbourne Airport to the State's regional as well as metropolitan train network.

The concept designs released are for a new rail bridge over the Maribyrnong River as well as for two elevated tracks between Sunshine and the Albion Junction.

As of today, the Australian and Victorian Governments have invested $5 billion each for the delivery of the much-awaited Melbourne Airport Rail.

“We know how long people have been waiting to see Melbourne Airport Rail become a reality, and these concept designs show just how much progress is happening on this transformational project.

“The Morrison Government is pleased to announce that this major investment is expected to deliver approximately 8,000 construction jobs, and give Melbourne and greater Victoria a state-of-the-art airport connection,” Minister for Communications, Urban Infrastructure, Cities and the Arts Paul Fletcher said.

The new Maribyrnong River rail bridge is going to be 50 metres high and will span 550 metres across the river, built alongside the existing heritage-listed rail bridge.

Once operational, the airport trains running between Sunshine and Albion Junction will travel on new elevated twin tracks before descending and continuing at ground level together with the existing freight line through Sunshine and Airport West towards Melbourne Airport.

“Works from Sunshine to Albion will form an important part of Melbourne Airport Rail, with Sunshine becoming a key station for airport services and other regional and metro lines.

“These improvements will make travelling through Sunshine easier, as the number of trains and passengers increases following the completion of projects such as the new Metro Tunnel, Sunbury Line Upgrade and Melbourne Airport Rail,” Minister for Transport Infrastructure Jacinta Allan said. 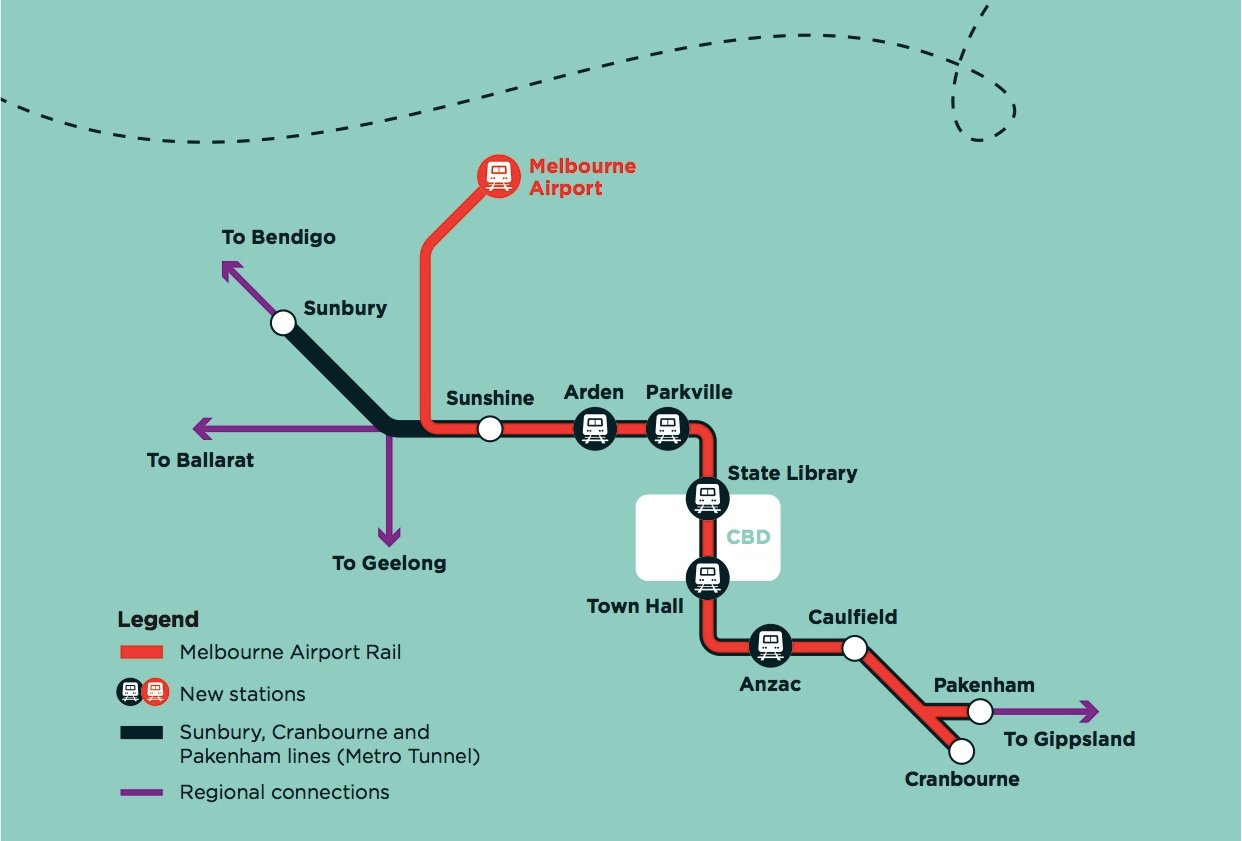 The reference design for the rail corridor alignment is already underway, in consultation with key stakeholders – which includes councils, communities, government agencies, Heritage Victoria and contractors.

Major construction on this massive transport infrastructure project is expected to begin next year, subject to all relevant approvals.

Target opening of Melbourne Airport Rail is lodged for 2029.

The trains from the airport will run towards Sunshine Station then into the Metro Tunnel and the CBD before moving on to the Cranbourne and Pakenham lines.

The multi-billion-dollar project will include new dedicated tracks along the existing Albion-Jacana freight corridor between Sunshine and Airport West. The tracks will then move away from the freight corridor and then cross the M80 freeway and then head towards the airport following Airport Drive, ending at a new premium train station at Melbourne Airport.

Registration of Interest (ROI) has been opened for businesses, investors and builders to deliver the Melbourne Airport Rail Link - a multi-billion dollar project that will connect the CBD to the airport via Sunshine.

The Victorian Government is fast-tracking the removal of the Gap Road level crossing along the Sunbury Line years ahead of its initial schedule with the announcement of a preferred design that will help preserve heritage buildings and ease traffic around the Sunbury community.