Victoria’s Melbourne Airport Rail development has reached a new milestone with Expressions of Interest (EOIs) for two major sections of the project released to market.

The Airport Package and the Viaduct Package are the centrepieces of the Melbourne Airport Rail.

The Airport Package will deliver works in and around the Melbourne Airport precinct. Works will include:

In a statement, Melbourne Airport Rail team said: “The Airport Package includes construction of a new Airport Station, where turn-up-and-go services every 10 minutes will benefit passengers travelling in either direction.

“The station will also accommodate the future construction of Suburban Rail Loop, which will ultimately connect Melbourne Airport with Broadmeadows in the north and beyond. Detailed discussions are continuing with key stakeholders – including the airport owners – to come up with the best design.”

On the other hand, the Viaduct Package will involve works to be carried out in and around the Western Ring Road, Airport Drive, Mercer Drive, Link Road, Sharps Road, Snyder Court and Steele Cree reserves. Scope of works for this package will include:

Melbourne Airport Rail is a transformational project that will allow train services to run for the first time from Melbourne Airport into the State’s regional and metropolitan train network.

Trains will run from the airport through to Sunshine Station, then into the Metro Tunnel and towards the heart of the CBD before continuing on to the Cranbourne and Pakenham lines. 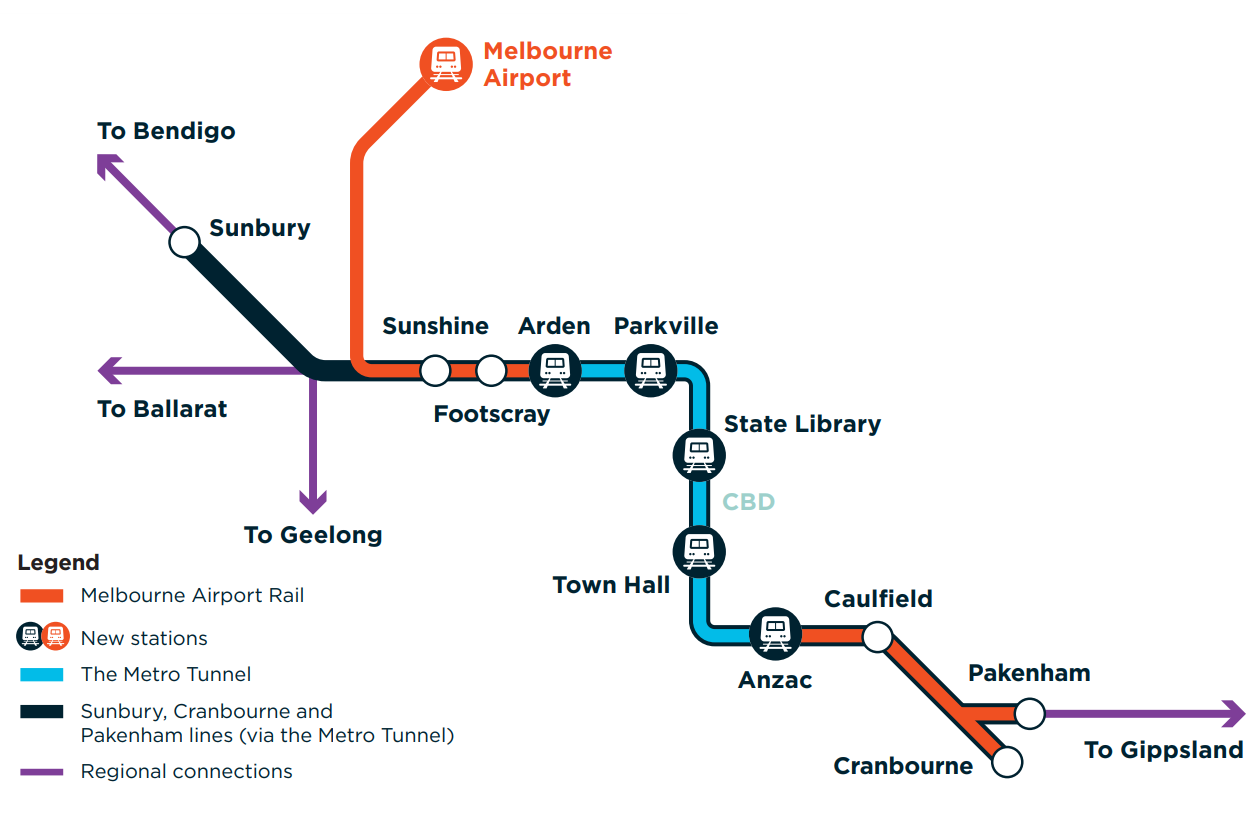 The entire development is estimated to cost between $8 billion and $13 billion. To date, the Australian and Victorian Governments have committed $5 billion each to deliver Melbourne Airport Rail. The final cost of the project is going to be confirmed once all major contracts have been awarded.

For more information on the Expressions of Interest and the project, you can visit the Buying for Victoria website – Airport Package and Viaduct Package.

Subject to planning and environmental approvals, construction on Melbourne Airport Rail is anticipated to commence in 2022.

The first concept designs for the Melbourne Airport Rail development in Victoria have been revealed, marking a new major milestone on the massive rail project that will connect Melbourne Airport to the State's regional as well as metropolitan train network.