The Olive Downs development is anticipated to support more than a thousand jobs, including about 700 jobs during its construction and over 1,000 jobs at peak production period.

“Metallurgical coal is crucial for steelmaking, and is an important commodity for Australia’s trading partners to help support their economic development.

“The NAIF investment will be an important contribution to a project which is expected to return more than $10 billion to the Australian economy over the mine’s lifetime, and provide jobs for people in Moranbah, Dysart and Mackay,” Minister for Resources, Water and Northern Australia Keith Pitt said.

The NAIF loan will help jump start the first phase of construction which includes the delivery of rail and transmission lines, water pipelines, access roads as well as a coal handling and preparation plant.

Along with this new investment for the Olive Downs project, NAIF has committed over $3 billion to about 26 infrastructure projects across northern Australia.

“We are delighted to support a major job creating project in one of central Queensland’s key industries. With more than $3 billion in investment now committed to job creating projects, NAIF is supporting economic growth in northern Australia. Helping the Olive Downs project deliver many hundreds of locally-based jobs to the region is something we are delighted to do,” NAIF CEO Chris Wade said. 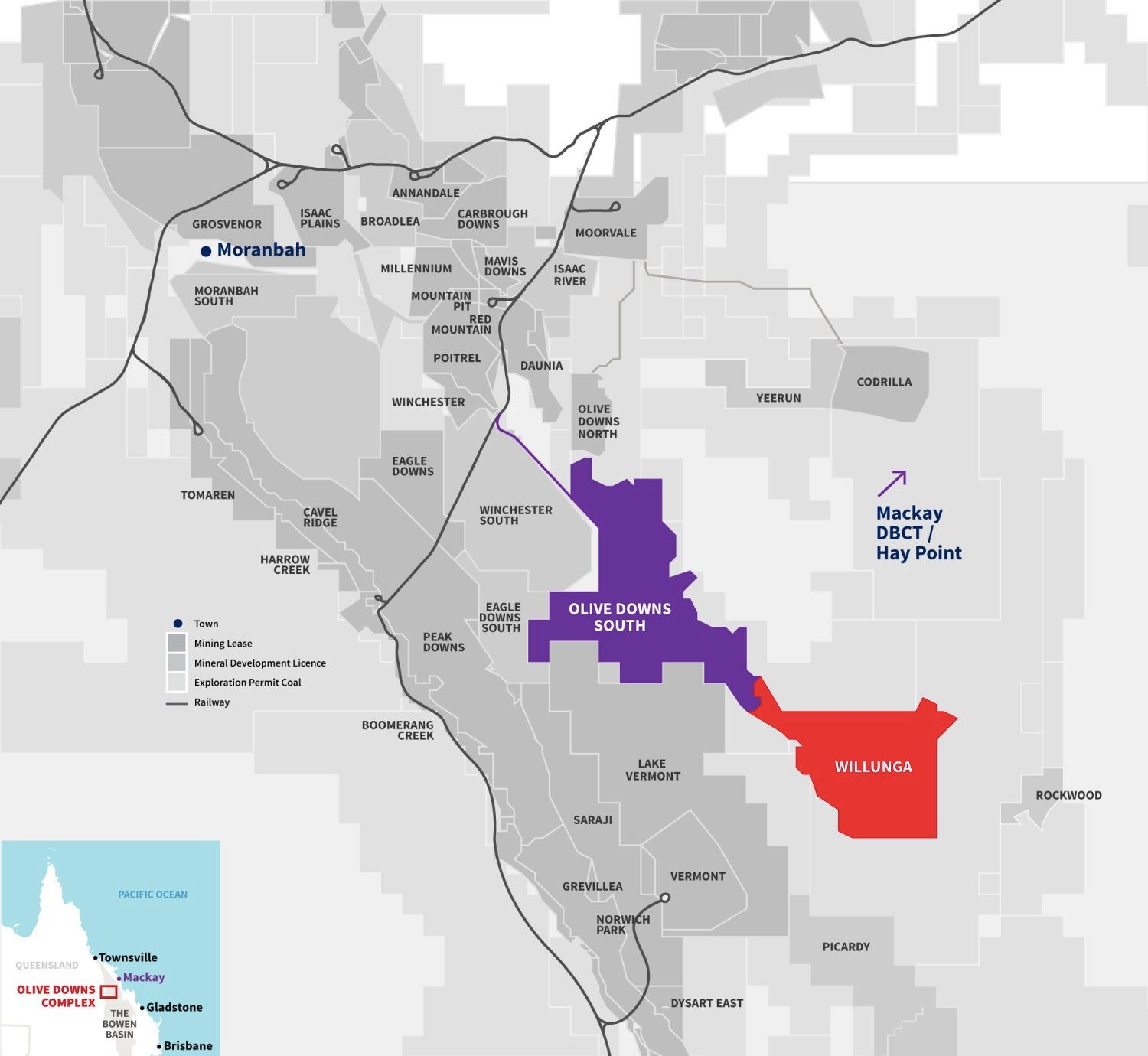 The Olive Downs Coking Coal Project is located about 40 kilometres southeast of Moranbah, in the Bowen Basin region.

The mine is anticipated to have an initial production of 4.5Mtpa of steelmaking coal and peak production is estimated to produce up to 15Mtpa. The Olive Downs project is also expected to have a low-cost production over its long mine life, estimated at 80 years.

“The Olive Downs workforce will be sourced from the region as a priority and not be 100 percent FIFO (fly-in-fly-out). Pembroke is committed to providing jobs for local and regional communities and will give genuine choice to employees regarding living locations. We also look forward to partnering with many of the local and regional businesses and suppliers to the mining industry in our procurement activities. Olive Downs is also the first mine to be approved under the State Government’s ‘Strong and Sustainable Communities Act’,” Pembroke Resources Chairman and CEO Barry Tudor said.

Olive Downs is comprised of an open-cut mine that has a Joint Ore Reserves Committee (JORC) of 514 million tonnes of high-quality steelmaking coal, which makes it one of the biggest steelmaking coal reserves in Queensland.

Coal from the mine will be transported via rail to the Dalrymple Bay Coal Terminal and exported to key global markets such as Japan, South Korea, Vietnam and India.

Construction of the Olive Downs Coking Coal Project is expected to take up to 18 months to complete.

Pembroke Resources secured the Mining Lease for the Olive Downs project in late September 2020. You can read more about it here.