Pacific National - Australia’s largest rail freight operator - has invested an initial $35 million towards the development of Parkes Logistics Terminal in Parkes, New South Wales. Works on the logistics terminal is projected to commence by mid-2018.

Construction of the terminal is projected to create up to 50 full time jobs, with the completed development to provide up to 20 new skilled jobs - including train drivers and terminal crew.

“Parkes sits at the epicentre of Australia’s rail freight network, and Pacific National is delighted with our $35 million commitment to start developing the Parkes Logistic Terminal.

The Parkes Logistics Terminal is going to be located on a 300 hectare site and the project will include: 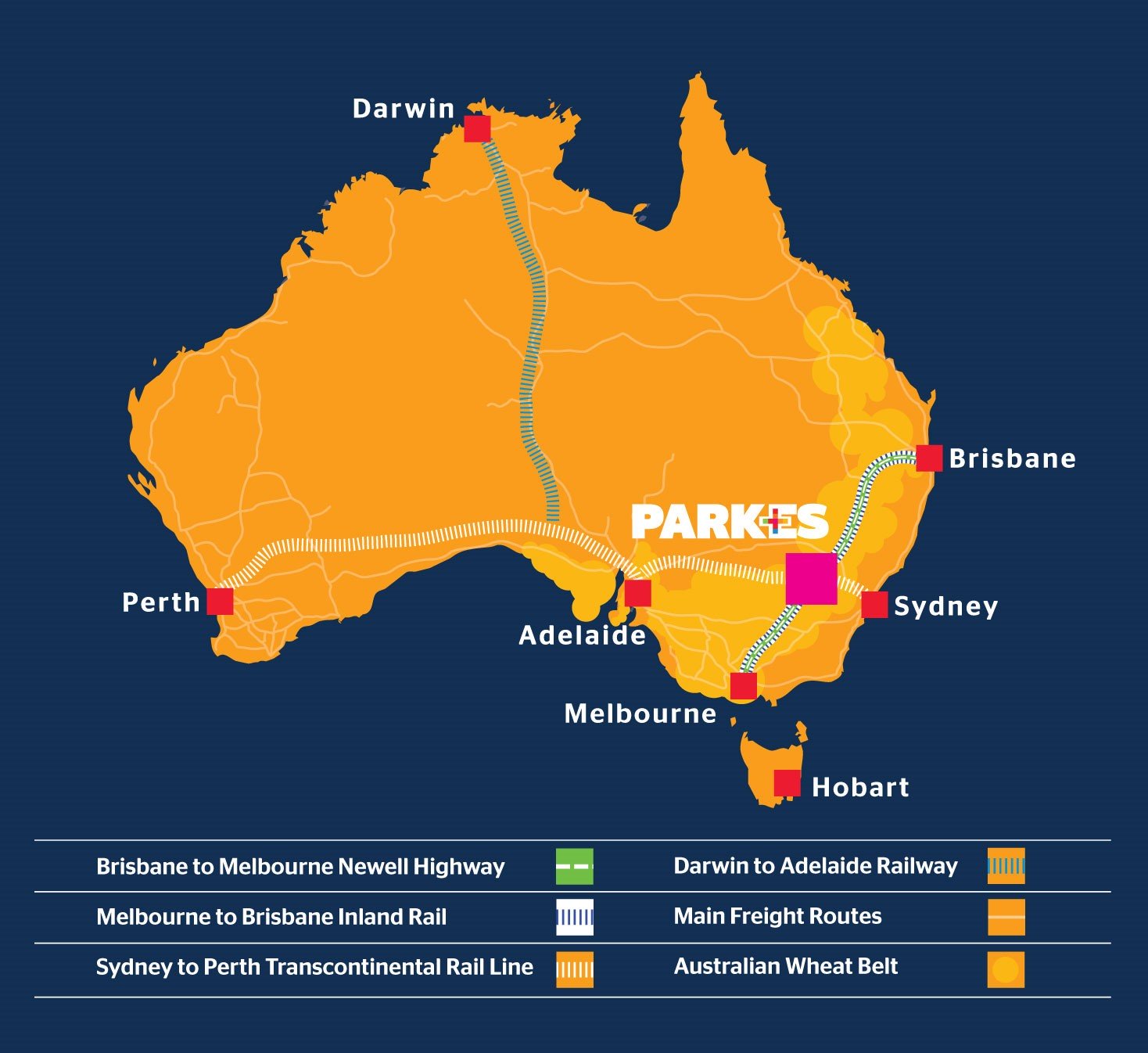 With Parkes’ location in central NSW, it is positioned at the intersection of the East West rail line as well as the North South Newell Highway and the upcoming Melbourne to Brisbane Inland Rail. Parkes is the only location along the route of the new Inland Rail where major logistics, warehousing, manufacturing, agricultural value-adding and distribution opportunities all come together.

Given its ideal location, the region is capitalising on its potential to become a major national transport terminal. From Parkes, more than 80 per cent of the country’s population can be reached in less than 12 hours, giving the businesses looking to develop distribution, manufacturing and logistics operations a competitive advantage.

“The hub at Parkes has been in the planning for decades as Parkes is geographically located in the centre of NSW and at the epicentre of the national transport and logistics network. Inland Rail will be a catalyst to change freight movement in Australia.

“Parkes is at the centre of that change and represents a significant opportunity for business to take advantage of improvements in freight efficiency,” Parkes Shire Council Mayor Ken Keith said.

Mayor Keith added that since the announcement by the Australian Government to begin construction on the Inland Rail between Parkes and Narromine has led to numerous investments in the region, including Pacific National’s $35 million for the Parkes Logistics Terminal that is set to become one of the largest private sector investments in freight infrastructure in regional Australia.

Once construction on the new logistics terminal is completed, it will be able to process approximately 450,000 cargo containers annually, with the ability to haul double-stack containers from Parkes to Perth.

Pacific National’s initial investment of $35 million will include $18 million to begin the development of the terminal site as well as $17 million to acquire freight wagons and other rolling stock. The company’s total future investment in the new terminal, associated equipment and rolling stock is expected to reach $60 million.

Mayor Keith added: “This is a very exciting day for our community, as Pacific National’s $35 million investment to kick-start development of a key freight terminal complements our broader vision to create a Parkes National Logistics Hub.”

What do you think of this development? Let us know your thoughts in the comments section below.

The New South Wales Government has invested approximately $30.3 million to deliver improvements on the Bathurst to Parkes rail line that will help boost capacity to rail freight and passenger services as well as lay the foundations for future works to meet the transport demands in the Central West region.