The Environmental Impact Statement (EIS) for the Parramatta Light Rail Stage 2 (PLR 2) project is now out for public consultation and the New South Wales Government is encouraging communities to have their say and help shape the final design for the project.

“The Parramatta Light Rail extension would link Stage 1 and the Parramatta CBD with the entertainment and sport precinct of Sydney Olympic Park, delivering a much-needed public transport solution to connect Greater Parramatta to the Olympic Peninsula (GPOP).

“GPOP is one of the fastest growing areas in the Central River City, and this project will deliver significant improvements across Western Sydney by connecting great people with great places while supporting jobs and housing growth,” Minister for Transport, Veterans and Western Sydney David Elliott said.

According to Minister for Planning and Minister for Homes Anthony Roberts, communities in Western Sydney will soon reap the benefits of the “modern, world-class transport system” that Parramatta Light Rail will deliver.

“Placing the EIS on public exhibition is a vital part of the planning process which allows the community to have its say, and helps assess the proposal.

“The proposal will be open for comment until 7 December 2022, and I encourage everyone to take this opportunity to learn more about the proposal and make a submission,” Minister Roberts said. 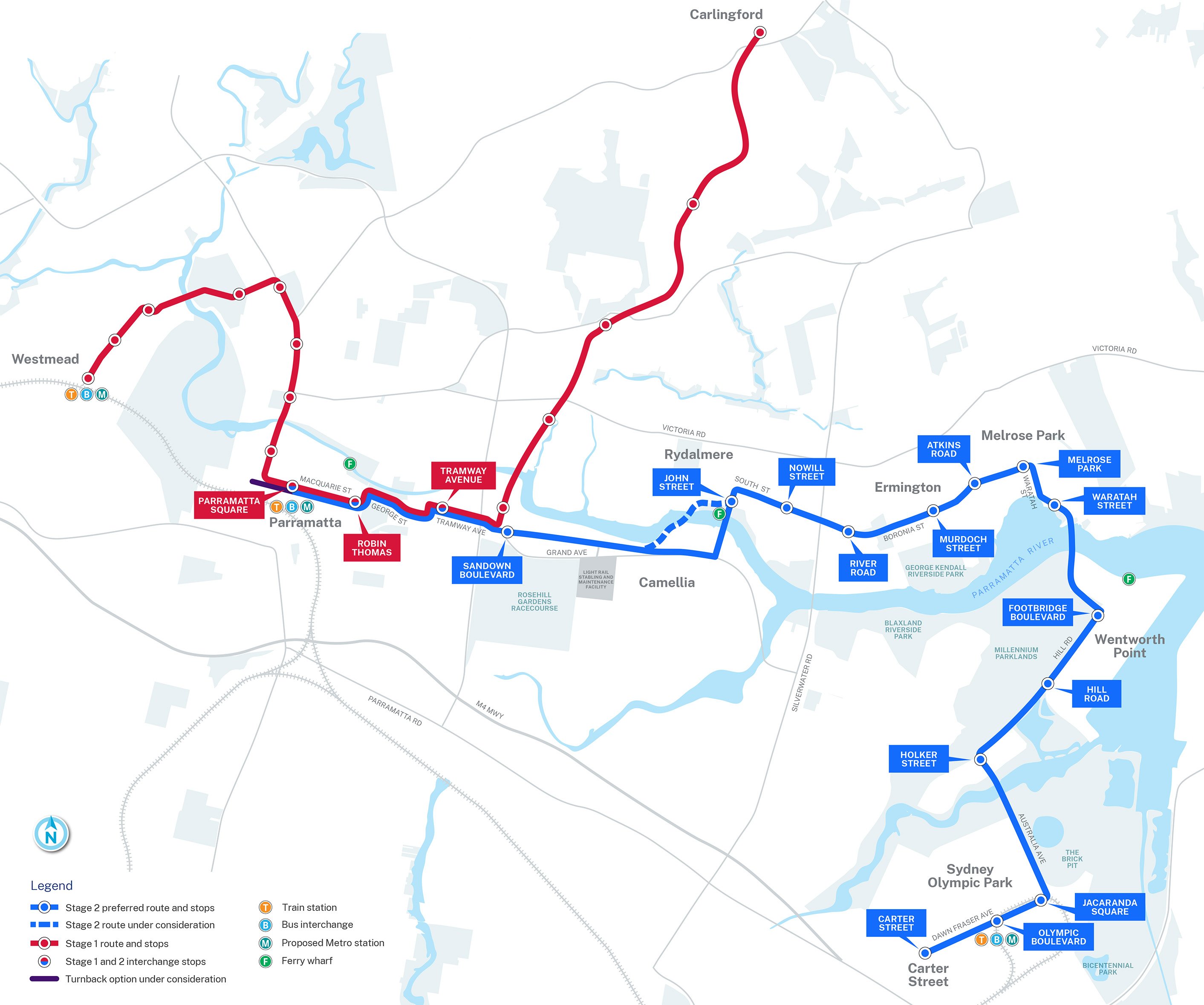 “PLR 2 will ultimately provide new services approximately 7,5 minutes between 7am and 7pm on weekdays and 14 fully accessible stops over a 10-kilometre two-way track. There will be an 8.5-kilometre walking and bike-riding path parallel to the light rail corridor linking to the existing network,” Member for Parramatta Geoff Lee said.

Construction on PLR 2 will commence once planning approval is given to this once-in-a-generation transport project. Works will begin with enabling works and the delivery of the bridge across the Parramatta River between Melrose Park and Wentworth Point.

For more information on the project proposal, face-to-face information sessions are going to be held or you can access the virtual engagement room here.

The State Government has committed $602.4 million towards this project, jumpstarting the detailed design process. This significant investment will also get early works going and deliver the vital bridge across the Parramatta River between Melrose Park and Wentworth Point.