Plans unveiled for $2b Entertainment Arena Precinct in Brisbane

AEG-oden, a subsidiary of the world’s largest entertainment venue operator AEG, will present plans to the QLD Government this week for a massive $2b ‘Brisbane Live’ ultra-entertainment precinct.

The precinct will be built above the Roma Street rail lines, making use of valuable air space above the lines as well as the connectivity that Roma Street has to every rail line in the SEQ rail network.

The centrepiece of the plan is a $450m, 17,000 seat world-class arena that will host concerts, performances and world sporting events.

The arena includes a 4,000-capacity rock club and is surrounded by cinemas, restaurants and bars as well as a giant-screen amphitheatre that holds approximately 15,000 people. 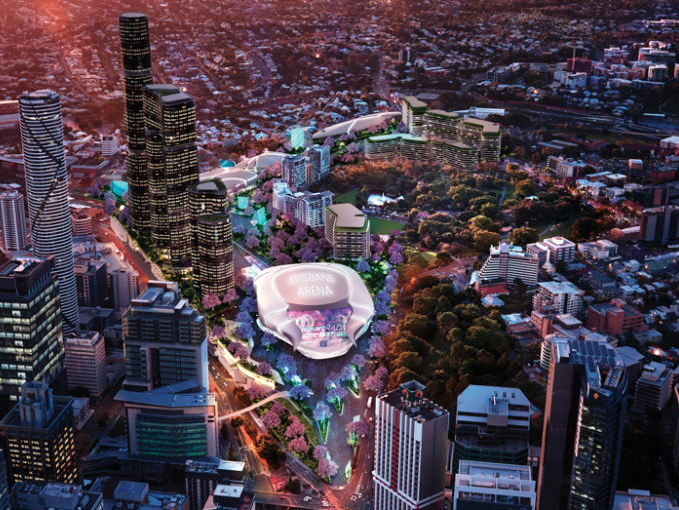 AEG-Odgen has also provided a concept proposal for an arena complex at the Parmalat site in South Bank however due to the site being a much smaller area, the proposal would only include the arena facility without the public space or ancillary entertainment facilities the Roma Street plan includes.

The best part about Brisbane’s most transformative urban-renewal plan is that it is a market-led proposal driven by the private sector. This means that no matter which government is in power, the proposal is highly likely to see the light of day.

The development of Brisbane Live will only add thousands of jobs to the 10,000 new jobs expected to come from the development of Queens Wharf. These projects coupled together would play a huge role in City Council’s bid to transform Brisbane into a New World City and a long-stay tourist destination.

Have your say on the proposal and which site is the standout - Roma Street or Parmalat - in the comment section below.

Stay tuned to find out the outcome of the proposal by subscribing to Felix Project News.

More works are underway to complete the $5.4 billion Cross River Rail project in Queensland, with the beginning of demolition works on the Landcentre building and former South Brisbane Dental Hospital in Woolloongabba.

Demolition works have commenced on the old Cavenagh House building in Darwin. For the demolition package, Hutchinson Builders has been engaged to complete the works. The demolition of the old building will pave the way for the construction of the new NT Department of Health headquarters.