Where are Perth's strategic growth centres?

As the 2016 year gets well under way, the city of Perth is gearing up for full swing on some of their biggest development projects yet. This means that some major improvements are going to be under way for Perth, which is not to mention the construction contracts, equipment hire companies and contracting jobs that are going to be available.

With Western Australia’s State Government committing $428.3 million to the development of a new museum for WA, 2016 marks the year that work will begin. In 2016 the design and construction tender will be awarded and early works will commence.

In addition to being a monumental project for Perth, the Western Australian Museum will be completely transformed. A new building will be placed that will combined and interact with current heritage buildings, including Hackett Hall, Old Gaol, and the Jubilee and Beaufort Street wings. In addition, the current heritage buildings will also be refurbished from top to bottom. 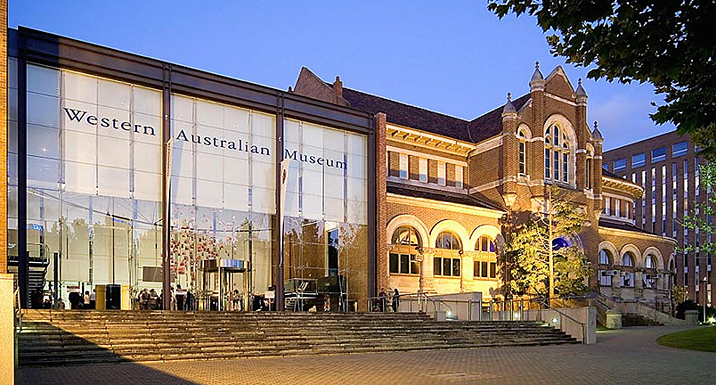 Elizabeth Quay is one of the biggest, boldest projects in Perth today. Specially designed to maximize on the natural assets of the Swan River, Elizabeth Quay offers 1.5 km of continuous promenades and boardwalks connecting a major series of public spaces, public parks, businesses, attractions and more around a new inlet to the island.

The inlet and public realm were completed in late 2015, however, there will be ongoing construction of private buildings until 2018 and beyond. So, there will still be plenty of new opportunities for contractors, equipment hire companies and workers.

Scheduled to be completed in time for the 2018 AFL season, construction and site works are already well under way for the new Perth Stadium. The new stadium, which will be home to a range of events, such as AFL, rugby, football (soccer), cricket, as well as entertainment events with a seat capacity initially set for 60,000, is planned to become a major part of the Burswood Peninsula.

With plans on reconnecting Northbridge with the CBD, and creating a new mixed-use precinct in the process, the Perth City Link is set to be one of the biggest projects yet. With 2016 marking the opening of the Wellington Street Bus Station, this project is set to revitalize the city’s character and create 5 new connections between Northbridge and the CBD.

With the full build out scheduled to be completed sometime after 2020, there is still lots of opportunities for plant hire in Perth, equipment hire companies, contractors and more. In addition to revitalizing the city, this project was designed to create jobs.

Forming the iconic gateway to Perth, Gateway WA is designed to create a lasting impression for road users. To date, this is the largest road project that has ever been undertaken by Main Roads. With $1 billion allocated to improving the safety and efficiency of one of the most important transportation hubs, this project will mean major upgrades for Tonkin Highway, Leach Highway, and 4 new grade separated interchanges.

In a complementary investment to the Gateway WA, $1.12 has been invested in the NorthLink WA project. Aimed at servicing traffic and transportation between industrial and commercial areas, such as the Perth CBD, Perth Airport, Kewdale and Malaga, the NorthLink WA project will reduce travel times and congestion along these routes.

Projects that are Scheduled to be Completed in Early 2016

Projects that are Scheduled to Begin Construction in 2016

For anyone who is interested in submitting tenders for these major projects, you can source your equipment hire rates (for anything from dozers and excavators to portable toilets and specialty equipment) through PlantMiner for free.

A 50:50 joint venture between Civmec and international engineering firm Black & Veatech has been chosen as the preferred proponent for the $196 million wastewater project in southern Perth. The project will be increasing the capacity of the Woodman Point Wastewater Treatment Plant from its current 140 million litres a day to 180 million litres.

Work has started on the first private development on Elizabeth Quay in Perth. The $400 million 5-star Ritz-Carlton hotel and The Towers apartment building is expected to create 1,200 jobs throughout the construction phase.

Transport Minister Dean Nalder has announced a transport plan for Perth which will support a population of 3.5 million. The transport plan will ensure that the bus network, rail links, roads and cycleways will be able to cater to Perth’s growing population.