A new renewable energy hub with a combined generation capacity of 500MW is being proposed by Neoen Australia to be built in the New England region of New South Wales.

The Thunderbolt Energy Hub will comprise of:

This proposed energy hub is one of two projects that was proposed by Neoen late last year along with the 500MW Great Western Battery project, which is a standalone battery facility to be located in the Lithgow region. 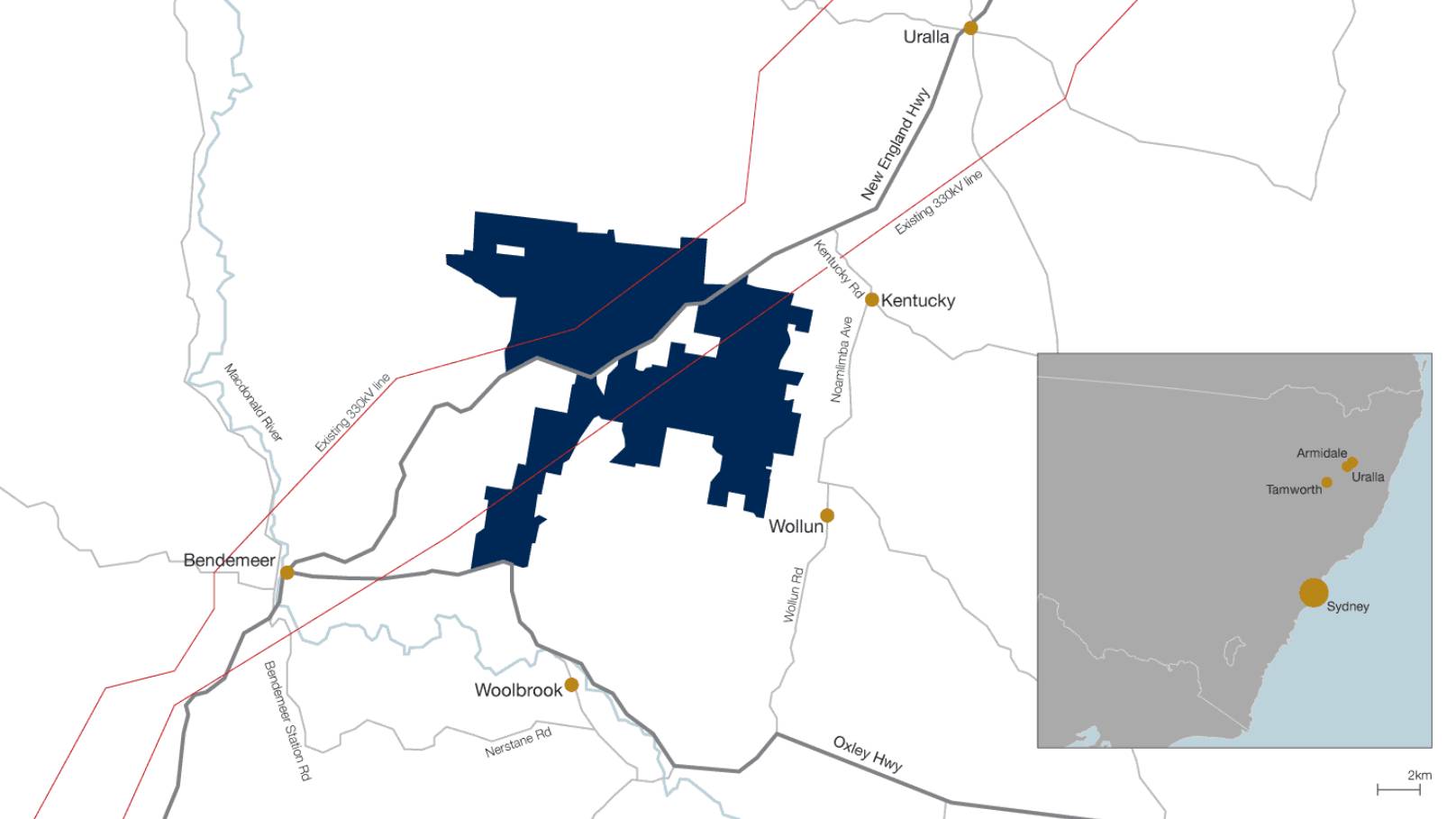 The Thunderbolt project is set to be built between Bendemeer and Kentucky – approximately 40 kilometres north-east of Tamworth – within the New England Renewable Energy Zone on a site that spans both the Tamworth Regional Council and Uralla Shire Council.

The construction of this massive renewable energy project is expected to create up to 600 jobs and a further 20 to 30 jobs once it is operational.

According to Neoen, a Local Employment and Supplier Networking session is going to be held during the pre-construction period and anyone interested in getting involved in the delivery of the Thunderbolt Energy Hub can register their interest on the project's website.

Once up and running, the Thunderbolt Energy Hub is expected to produce up to 1,427,880MWh of renewable energy annually, equivalent to powering up to 278,000 homes.

Laing O'Rourke has formally signed the contract to work with Department of Defence as Managing Contractor for the Planning Phase of the Larrakeyah Redevelopment and HMAS Coonawarra Facilities to Support Naval Operations in the Nothern Territory.

A new large-scale wind farm and an associated battery storage system is a step closer to being built near Jandowae in Queensland as the State Government grants planning approval to the renewable energy project.

The conversion of an existing ammonia facility into a green hydrogen-run facility is a step closer to reality as Fortescue Future Industries (FFI) and Incitec Pivot Limited (IPL) push ahead with its plan, which is set to be a world-first.