The scope of works on the proposed two-lane Tiaro Bypass on Queensland’s Bruce Highway will be expanded as the Australian Government commits a further $183 million to build an additional two lanes.

This new funding takes the total Australian Government investment towards the project to $268.8 million.

“The proposed bypass will remove a large portion of heavy vehicles from the Tiaro township, improving safety and liveability for residents whilst future-proofing the highway for the years ahead.

“We are continuing to invest in critical projects such as this under our record $110 billion infrastructure investment pipeline, which is a key pillar of Australia’s world-leading economic recovery,” Deputy Prime Minister and Minister for Infrastructure, Transport and Regional Development Michael McCormack said.

Field investigations along the bypass route has been underway since March 2020 and the results will help determine the best alignment for the new stretch of highway.

According to Federal Member for Wide Bay and Deputy Speaker of the House of Representatives Llew O’Brien, the additional funding is a big win for road safety and it is expected to provide a significant boost to the local Fraser Coast economy.

“The bypass will dramatically improve road safety with a four-lane divided road that will prevent head on collisions. It will give traffic space to move around in the event of a breakdown, and improve flood immunity to keep traffic moving when the Mary River floods.

“Industry and manufacturing rely on a safe and efficient transport network and a four lane Tiaro bypass will increase the carrying capacity of this section that will create new jobs and opportunities in Tiaro and Maryborough to grow the Fraser Coast economy.

“The bypass will also improve Tiaro’s amenity by removing trucks from the town that just pass through, increasing safety and liveability in the community,” Mr O’Brien said. 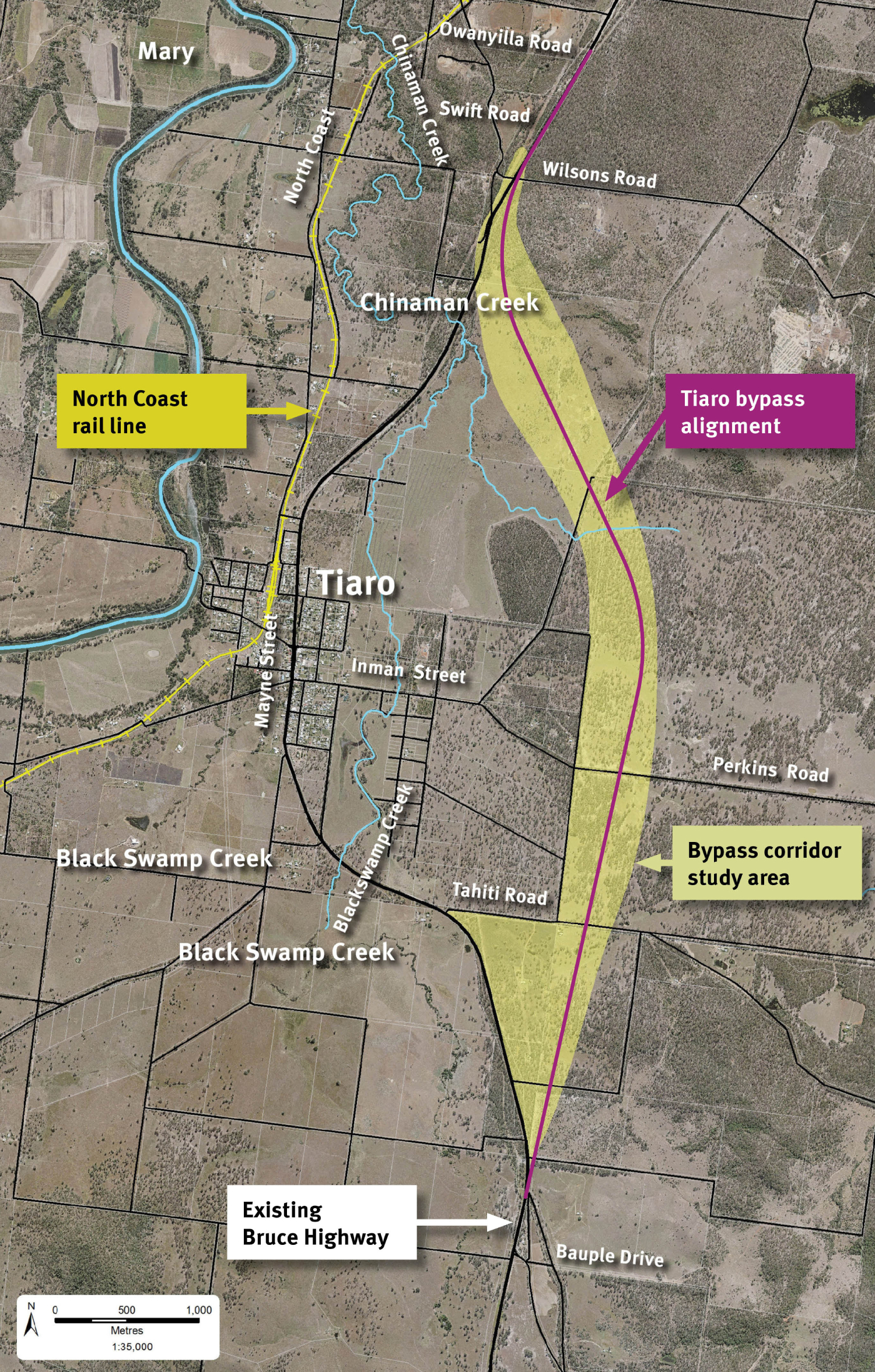 The Business Case for the Tiaro bypass on the Bruce Highway is expected to be completed by late this year and this will inform the delivery schedule of the project.

As of today, an alignment has been identified for the proposed bypass. The 8-kilometre stretch of road will run to the east of Tiaro, exiting from the Bruce Highway north of Bauble Drive and reconnecting near Wilsons Road. The Wilsons Road intersection is also going to be upgraded to improve safety.

A draft design is now underway and approval will be sought after from the Australian Government regarding the scope and draft design before continuing to the detailed design phase.