RCR Tomlinson has been awarded a contract under a Limited Notice to Proceed (LNTP) agreement – with the contract valued at approximately $170 million – for works on the 100MWac Haughton Solar Farm that is being developed by Pacific Hydro Australia.

“We are very pleased to be working with Pacific Hydro to deliver this significant large-scale utility solar energy project generating an initial 100MWac of power,” RCR Managing Director and CEO Dr Paul Dalgleish.

The LNTP will provide for the development of vital site works, engineering and design as well as the procurement of critical and long-lead items.

This solar farm project is still subject to final investment decision (FID) by the developer and other approvals. RCR, together with Pacific Hydro, will be finalising the Engineering, Procurement and Construction (EPC) contract for Stage One of the Haughton Solar Farm, with a 100MWac capacity. 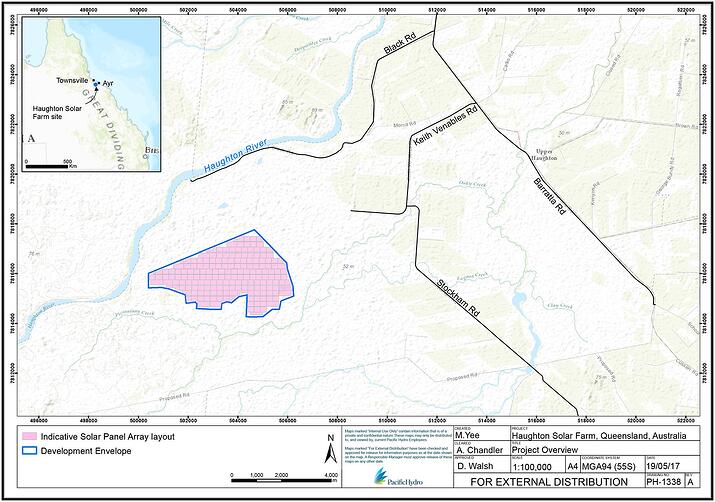 Stage One and Two of the project will create a total capacity of 300MWac for the Haughton Solar Farm. Construction on the first stage is set to commence in March 2018 and is expected to be commissioned in January 2019.

The proposed Haughton Solar Farm project – located south of Townsville in Queensland – has planning approval to extend its capacity to up to 500MWac.

“RCR continues to lead the development and EPC delivery of large-scale solar and other renewable energy infrastructure. The award also reflects RCR’s application of Engineering Intelligence to renewable projects, which provides RCR with a significant competitive advantage.

“Subject to finalisation on an EPC contract, this new renewable energy project will add to RCR’s order book and positions RCR for growth in FY18 and into FY19,” Dr Dalgleish said.

Brisbane's iconic New Farm Riverwalk is set to become a new riverside precinct, providing world-class recreation, lifestyle, event and tourism options that provide access to and from the river.

The development of a new 100MW solar farm in West Wyalong has been given the go-ahead by the New South Wales Government, with the project expected to support 150 jobs during construction.