A major milestone has been reached on the Darwin Ship Lift project in the Northern Territory as it moves to the third and final stage of procurement following the announcement of two shortlisted tenderers.

Territoria Civil and the Clough-BMD Joint Venture will now be undertaking design development of what will be Northern Australia’s largest Ship Lift to be built in Darwin.

Over the next months, the two tenderers will deliver vital design and development works that will guarantee the new facility “is primed to build and grow a thriving marine service and supply sector in the Territory”.

A preferred contractor that will design and build the Darwin Ship Lift is anticipated to be announced in the second quarter of 2022, with major construction works on the facility to commence later this year. 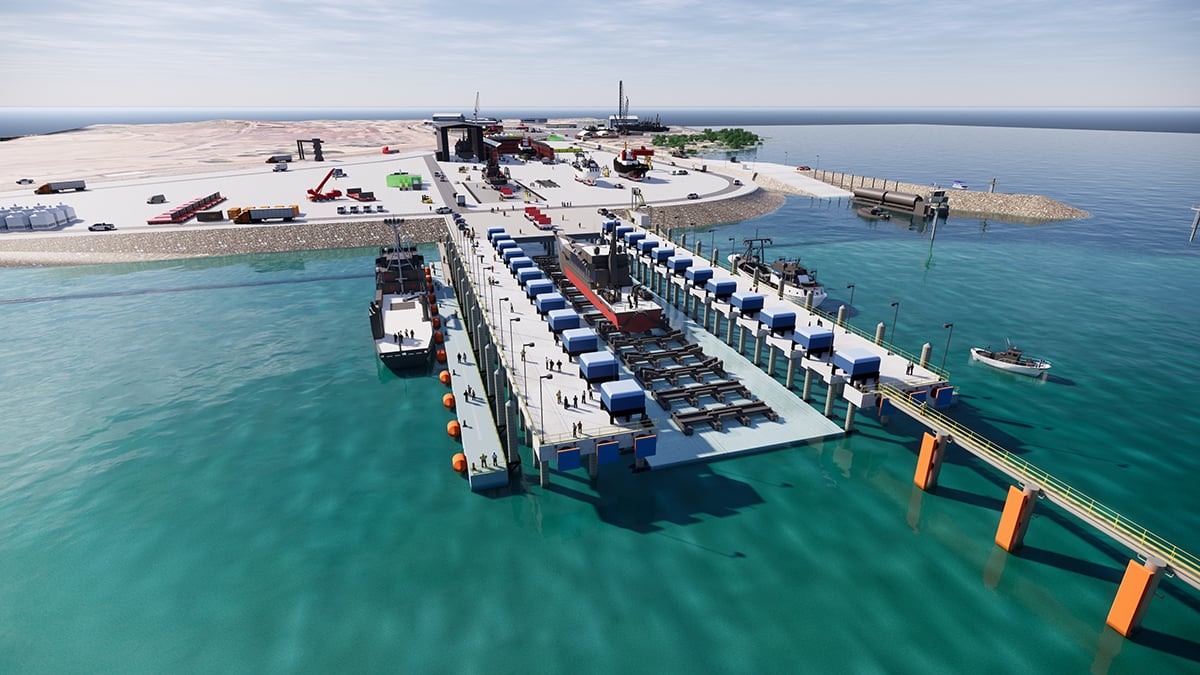 “The investment in this major national project means expanding our marine industry and providing new opportunities for businesses and more jobs for Territorians.

“This project is going from strength to strength – just last month we saw it progress with submission of its draft Environmental Impact Statement, and now we have shortlisted two capable businesses with a strong local presence in the Territory to bring the next stage to life.

“The Territory Labor Government thanks McConnell Dowell Constructors (Aust) Pty Ltd, Watpac Construction Pty Ltd and Sitzler Pty Ltd for their participation in the Expression of Interest and Request for Proposal stages of the project,” Minister for Mining and Industry Nicole Manison said.

The new ship lift facility will include:

The Darwin Ship Lift is going to be a common user facility that allows vessel owners to choose and manage their own service and maintenance providers, which will also enable multiple providers to operate at the same time at the facility.

Once up and running, the Darwin Ship Lift facility can cater to the maintenance and servicing of Defence and Australian Border Force vessels as well as private and commercial vessels from several industries such as oil, gas and marine.

This ship lift facility is expected to open opportunities for a growing marine service and supply industry in Darwin which, in turn, will create jobs and grow businesses. The Darwin Ship Lift is also anticipated to be a key driver in establishing a marine services precinct in the East Arm region.

The new Ship Lift facility in Darwin is due to be operational by late 2024.

Humpty Doo Barramundi - a barramundi farm near Darwin - is going to be the first Northern Territory recipient of funds from the Northern Australia Infrastructure Facility (NAIF), with approximately $28.7 million invested for the business’ expansion.

The first stage of the procurement process for the $400 million Ship Lift and Marine Industries Facility in the Northern Territory is now underway with construction tenders now out to market. In addition, geotechnical and survey works are currently underway at the project site.

A new $400 million ship lift facility - the largest in Northern Australia - is set to be built at East Arm in the Northern Territory. Local company Paspaley Group will be partnering with the State Government for the delivery of this project.