The Federal Government approval follows the granting of planning approval to the project by the State Government in July of this year.

This final approval is for the 3.3-kilometre stretch of twin rail tunnels, two stations as well as two kilometres of surface track alignment within the boundary of the Western Sydney International (Nancy-Bird Walton) Airport.

The tunnelling contract is expected to be awarded by the end of this year, with tunnel boring machines in the ground by 2023.

The Sydney Metro – Western Sydney Airport is a 23-kilometre new railway link that will connect the new airport to the rest of Sydney’s public transport system as well as linking residential areas to job hubs such as the future Aerotropolis.

This project will also deliver six new metro stations, including:

Exact locations of the new metro stations can be found here. 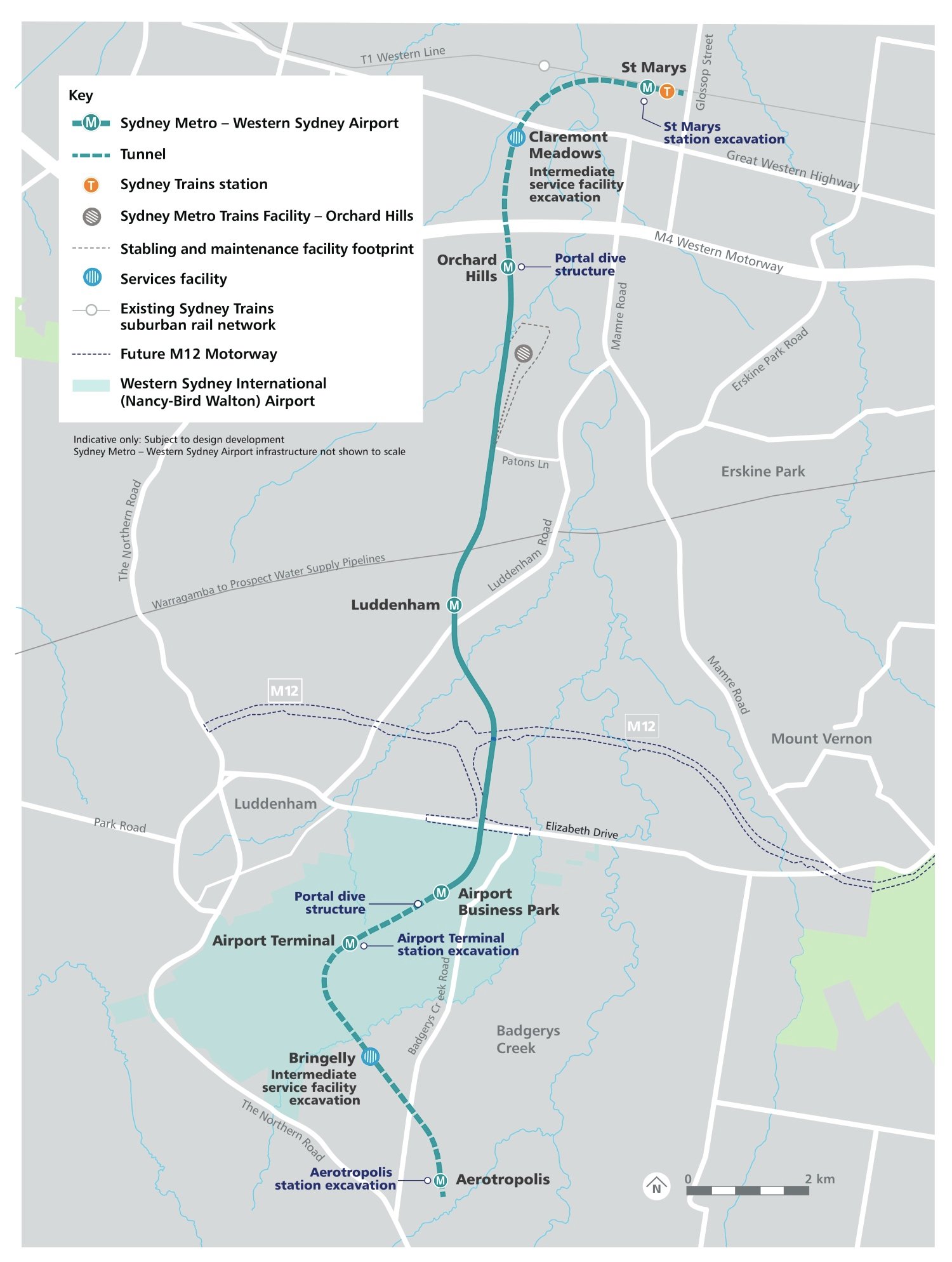 In a statement, Sydney Metro said: “The 23-kilometre driverless metro will service western Sydney and the new airport, delivering a vital boost to the Australian and NSW economies, with the new metro line expected to support about 14,000 jobs, including 250 apprentices.”

The Sydney Metro – Western Sydney Airport project is a key element in the delivery of an integrated transport system for the Western Parkland City, which covers parts of Greater Western Sydney including established centres of Greater Penrith, Liverpool and Campbelltown-Macarthur.

In May 2021, the tender process to find an operator for Sydney Metro – Western Sydney Airport commenced and the contract is anticipated to be awarded by the end of next year. You can read more about it here.

The third major contract on New South Wales’ biggest infrastructure project to date has been awarded and the State Government is gearing up for more works on the Sydney Metro – Western Sydney Airport line.