The winning proponent will also undertake the delivery of new stations and trains.

Scope of works for this major contract will include:

The contract is anticipated to be awarded by the end of next year.

Approximately 14,000 jobs are expected to be supported through this Sydney Metro project, including 250 apprentices. 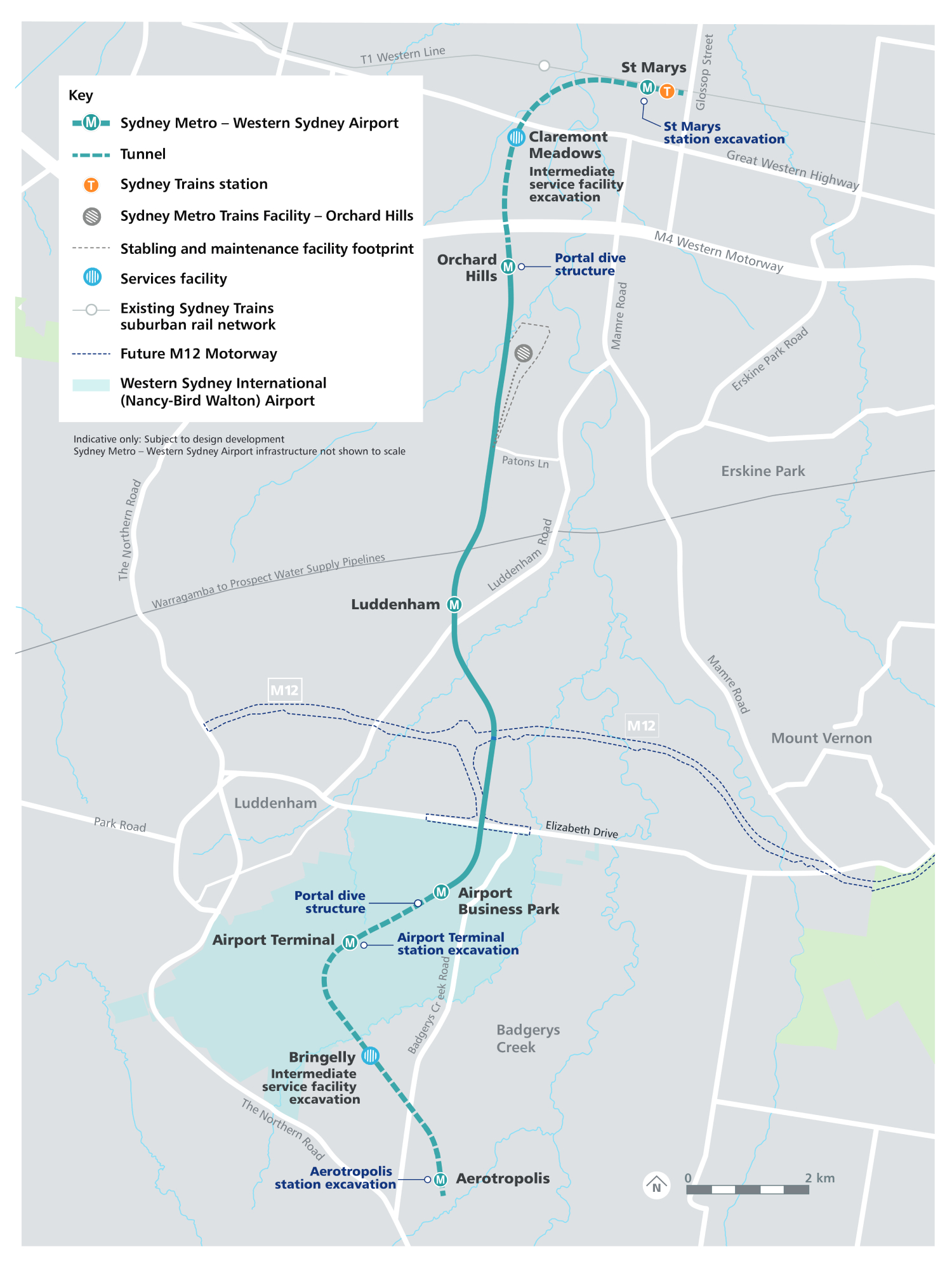 The Sydney Metro – Western Sydney Airport project will deliver a 23-kilometre rail line that runs from St Marys to the new airport, linking residential areas to employment hubs such as the new Aerotropolis. The new rail line will also connect travellers to the rest of Sydney's public transport system from the upcoming Western Sydney Airport.

This project will also deliver six new stations at the following locations: