This $32 million project is jointly funded by the Australian and Western Australian Governments and it is the first congestion-busting project to be delivered under the Urban Congestion Fund as well as the Commuter Car Park Fund.

“This project will take cars off the road and get people onto the trains, busting congestion and getting people home sooner and safer.

“Stripping thousands of cars off the road, it will also remove a major bottleneck for the Mandurah and bust congestion for people travelling to Perth,” Federal Minister for Population, Cities and Urban Infrastructure Alan Tudge said. 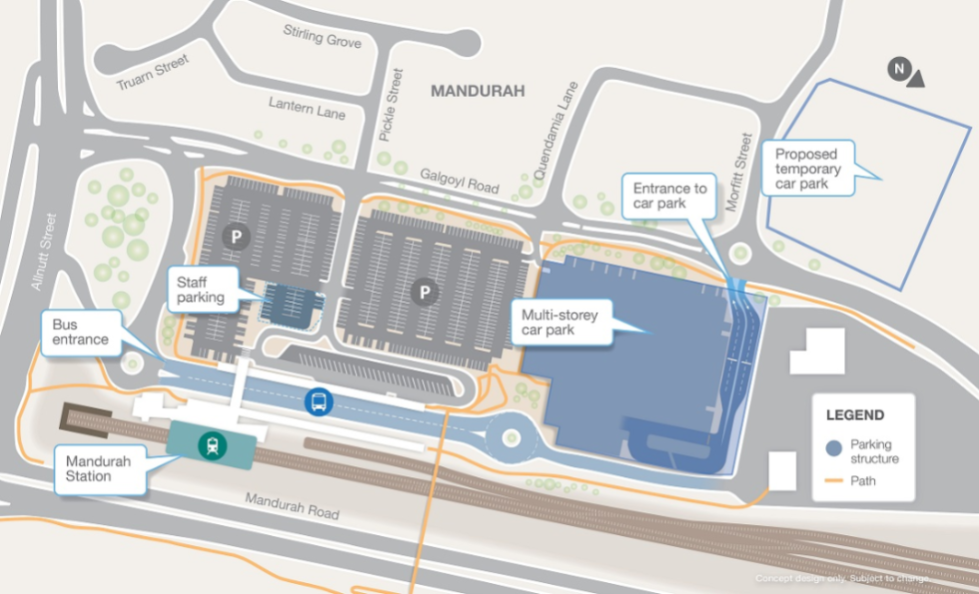 This project will include the construction of a new ground plus two-level car parking building within the area of the existing northern Mandurah Station car park that will deliver an additional 600 new parking bays, increasing the number of parking bays to 1,700. The new parking building will also feature an open deck with natural lighting and ventilation, lifts, an open staircase and mixed-screen facade.

“The Mandurah Line has been an incredible success since the day it was planned and built.

“This success has led to increasing patronage from residents in Mandurah and commuters as far south as Bunbury who often struggle to find parking at peak hour,” WA Minister for Transport Rita Saffioti said.

The design is set to be finalised once a contractor has been appointed. The new parking building is expected to be completed in late-2020.

The tender is open for submissions until 5th December at 11am on the Tenders WA website.

Construction is set to commence soon on the $32 million new pavement widening and safety works south of Rockhampton on the Bruce Highway – between Bajool and Midgee – with WBHO Infrastructure Pty Ltd as the head contractor.

Queensland’s $352 million Rookwood Weir project is progressing towards construction as two contractors have been awarded contracts to build the project that will help boost water security in Central Queensland.