Increasing the number of parking bays at Mandurah Station will help bust congestion on the road to and from Perth by removing hundreds of cars off the road.

“Together with a new station at Lakelands, this project will future-proof access to public transport for communities locally and across the Peel region.

“We also know the delivery of crucial infrastructure projects like the Mandurah is essential to supporting jobs and economic growth at this time,” Federal Minister for Population, Cities and Urban Infrastructure Alan Tudge said.

According to Minister for Transport and Planning Rita Saffioti, since the opening of the Mandurah Station in 2007, the southern suburbs has been booming.

“This project is yet another way we are continuing to invest in the southern suburbs, with the Lakelands Station project set to begin this year, and planning for another at Karnup underway,” Ms Saffioti said. 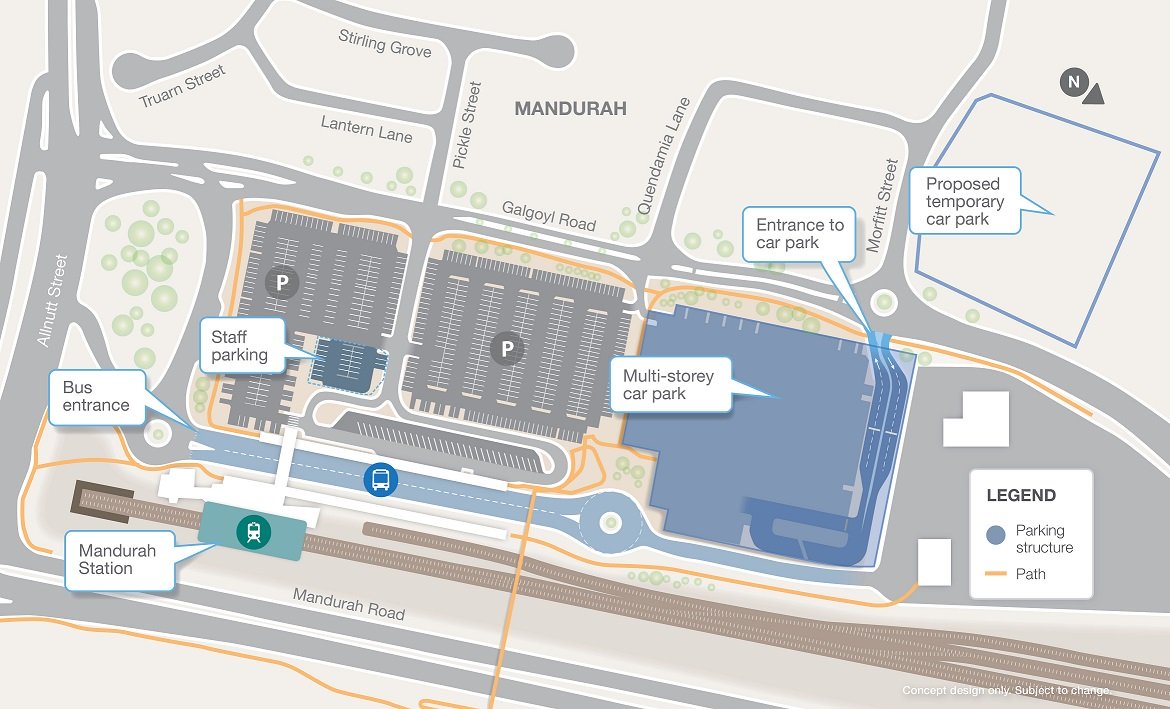 This $32 million project will include:

“Anyone who has tried to get a parking on a weekday at Mandurah Station will know how badly this upgrade is needed. Expanding the station car park will make daily life much easier for local commuters.

“The population of Mandurah and the Peel region have grown significantly over the last decade. The Government is delivering practical solutions that our community needs, both through this upgrade and construction of the new Lakelands Station,” Federal Member for Canning Andrew Hastie said.

The Mandurah Line is seeing a continued increase in passenger numbers and more commuters are expected to take advantage of the local public transport network in the future.

“I am proud that we are delivering on our election commitment to build a multi-storey car park at Mandurah Station as part of METRONET.

“This is a great step forward in delivering this METRONET project and I am pleased that Mandurah commuters will benefit from it,” State Member for Mandurah David Templeman said.

Works are set to commence soon and the northern car park is going to be closed to allow construction to get underway on the new multi-storey parking facility.

The new Mandurah Station car park is due to be completed by mid-2021.

The project is jointly funded by the Australian and Western Australian Governments, each contributing $16 million.

Last week, a Request for Proposal was released to market as the search for a contractor to design and build the new Lakelands Station begins. You can read more about it here.

Western Australia’s METRONET Morley-Ellenbrook Line project is one step closer to construction with the release of a Request for Proposal (RFP) to market for the design, construction and commission of the new rail line.