After being stalled for the past two years due to a ban on urban infrastructure funding, the second stage of the Gold Coast light rail project has opened for tender.

Queensland Deputy Premier Jackie Trad said this was the result of some encouraging discussions with her federal counterpart, Deputy Prime Minister and Infrastructure Minister Warren Truss. Evidently, there are promising signals from the commonwealth as part of the $13 billion quest to improving Queensland transport. While at this stage the total federal and state contribution to the project remains unclear, The Gold Coast City Council has allocated $55 million.

The second stage of the light rail project will comprise a 7.3-kilometre alignment, which will run from the Gold Coast University Hospital to the heavy rail connection at Helensvale. 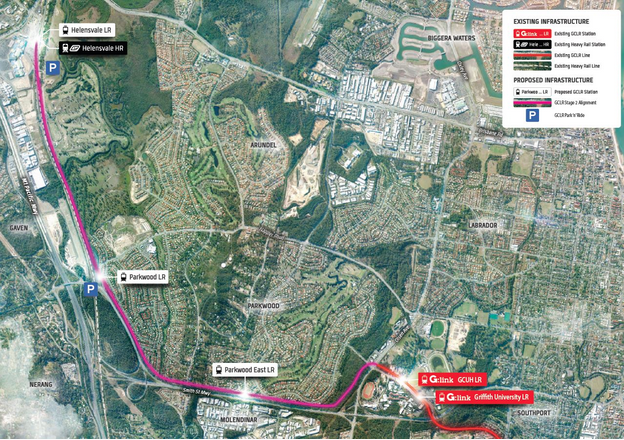 Gold Coast mayor Tom Tate said the light rail project was quickly becoming a legacy project for Brisbane."Our city is on the eve of significant growth and prosperity. Linking light with heavy rail will allow Brisbane residents easy access to our city via public transport and, importantly, take vehicles off the M1 in both directions,"

Requests for Tender will close Wednesday 23 December 2015 with the intention of appointing a preferred contractor in early 2016 to ensure the light rail extension is delivered and operational prior to the Commonwealth Games commencing in April 2018.

Tender applications can be submitted here.

Tendering for projects like these can take up a significant amount of man hours and paperwork. We've developed these 10 tips to help streamline your tendering process and keep you competitive.

Exciting news for Fulton Hogan and Laing O'Rourke over the Christmas period, having been awarded the Darlington upgrade project. They will work as a joint venture, Gateway South, to deliver the $620 million project. This job, under its new and extended scope, is set to bring large benefits to traffic flow, improving commuting, business and the South Australian economy.

Western Australia, it's your turn! Find open Government tenders in your local area and take advantage of getting your bid in early for upcoming projects.
Read more

We love a good news story, and a fast-tracked project even more. Yesterday it was announced that the delivery of Section C of the Bruce Highway upgrade between Traveston and Woodum has been fast-tracked, with detailed design now complete and construction expected to start early next year.