“Being added to this list means WA is a step closer to solving some major congestion issues.

In September of this year, a Request for Proposal (RFP) was released to market for a contractor to deliver both METRONET projects. The Thornlie-Cockburn Link and Yanchep Rail Extension are going to be delivered through a single alliance contract.

The shortlisted tenderers are expected to be announced in early 2019.

The Thornlie-Cockburn Link is a 17.5 kilometre rail line that will serve as Perth’s first east-west connection, providing a more convenient way to travel by train around the city. Two new train stations will also be built as part of this project - one at Ranford Road and another at Nicholson Road.

On the other hand, the Yanchep Rail Extension will deliver a 14.5-kilometre section of the Joondalup rail line that will connect Butler to Yanchep. This project will also include the construction of new train stations at Alkimos, Eglinton and Yanchep. 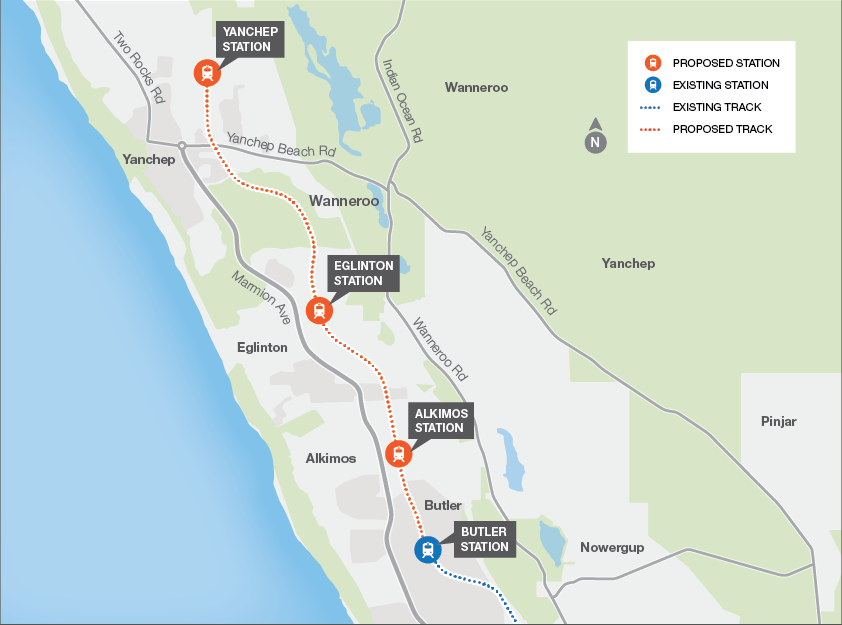 “These new links will transform the areas they travel through from under-utilised industrial or rural areas to bustling new urban centres with a host of residential and business opportunities.

“More than 3,000 jobs are expected to be create over the Thornlie-Cockburn Link and Yanchep Rail Extension projects,” Federal Member for Pearce Christian Porter said.

With the priority status, the Australian Government has also allocated approximately $700 million towards the delivery of both projects, bringing the total budget to $1.056 billion - together with the State Government’s $356 million investment.

Want to stay up to date with the latest METRONET updates as well as other industry news? Subscribe to Felix Project News today.

Two of Western Australia’s METRONET projects receive a total of $200 million in funding from the Federal Labor, helping the projects move forward towards construction.

Three major METRONET developments in Western Australia mark new milestones with the announcement of shortlisted proponents for the delivery of these vital infrastructure projects.