UGL has been chosen as the preferred contractor for Engineering, Procurement and Construction (EPC) and Operation and Maintenance (O&M) for the first phase of the Genex solar project at Kidston, 280 kilometres north-west of Townsville. 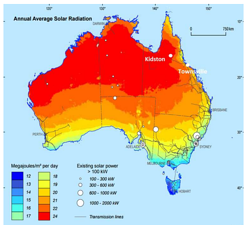 The initial 50 MW stage one of the project includes the development of a large-scale solar PV on 300 hectares of rehabilitated tailings storage area, recycling the infrastructure of the former Kidston gold mine which closed in 2001.

The solar farm is located in one of the highest solar radiation zones in Australia, and is the world's first disused mine site for hydro-electric power generation.

This first stage of the project will have an installed capacity of 50MW, and is co-located with the future 450MW Kidston hydro pumped storage power generation project. Once a new transmission line has been built to site, stage two of the solar project will expand total capacity of the solar farm to 150MW.

Genex initially received a total of 7 high quality proposals for the EPC and O&M works, from which two proposals were shortlisted. The decision to select UGL as the preferred contractor was based on a number of considerations including competitive pricing, yield, capability experience, proven project delivery and a strong track record. 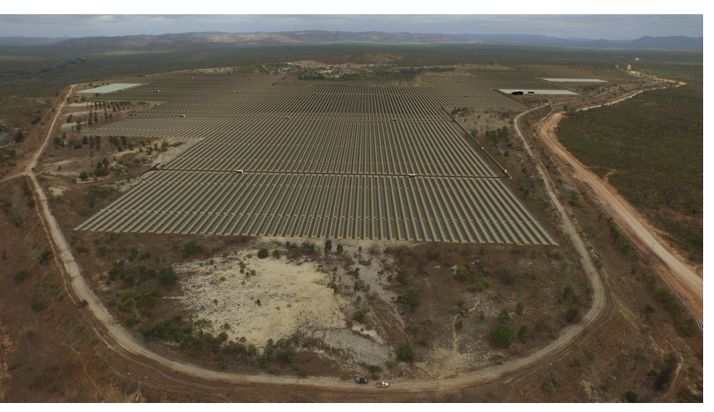 UGL CEO Ross Taylor said “This is an excellent opportunity for UGL and follows our recent successful commissioning of the Darwin Airport solar project. We are developing momentum in the renewable energy market with three solar projects currently under construction; the Mugga Lane Solar Park, Coober Pedy Renewable Hybrid Project and SunEdison’s Mt Majura Solar Farm and with a solid pipeline of opportunities for UGL in this market.”

The appointment of UGL as EPC and O&M contractor now completes the Kidston Solar project delivery team, with construction expected to commence later this year (4Q 2016).

When developed, Genex believes the integrated scheme will open up a large part of northern Queensland to future development.

If you're interested in Queensland works like these, take a look at this free eBook about 10 ways to deliver a better tender - straight from the Queensland Department of State Development. Just click below.

A Heads of Agreement between Queensland Government-owned Powerlink and Genex Power Limited has been signed to progress Stage 2 of the Kidston Hydro-Solar Project, taking the project one step closer to construction.

In early March the QLD Government declared Genex Power's $580m solar and energy storage project a prescribed project, meaning that the Coordinator-General can assist Genex Power to progress the project.