Vestas and Downer Group has been appointed by DP Energy as the preferred contractors to develop Stage 1 of the Port Augusta Renewable Energy Park in South Australia.

The $600 million Port Augusta Renewable Energy Park is a hybrid wind-solar project which will be completed in two stages. The first stage will comprise of approximately 220MW of wind power as well as 150MW of solar power. Stage 2 will include an additional 300MW solar capacity and a 400MW battery storage capacity.

For Stage 1, Vestas will supply the wind turbines and control systems while Downer will provide solar energy components.

Once the energy park is completed, it is expected to generate up to 1,000GWh of electricity annually – enough to power approximately 200,000 South Australian homes each year.

“A critically important component of our power station is the thermal wind generation capacity.

“The wind farm will be producing at maximum strength at the peak of local electricity demand. This will be further complemented by high levels of solar power generation,” DP Energy CEO Simon De Pietro said. 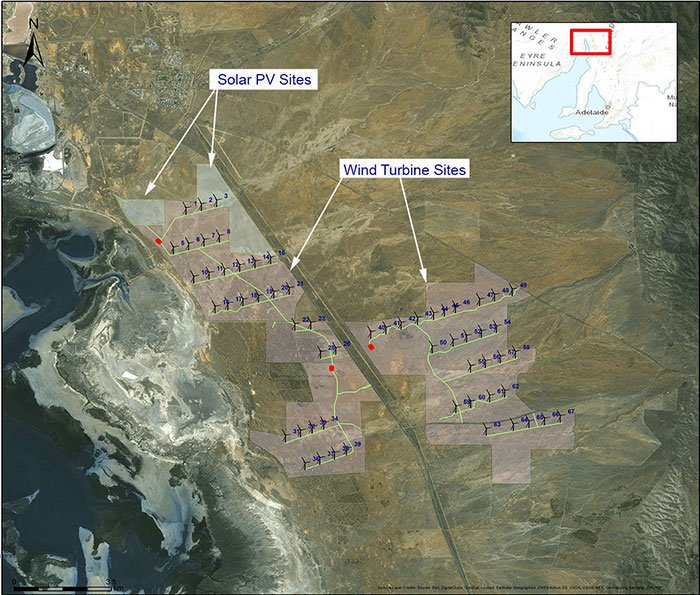 The Port Augusta Renewable Energy park is located on a 5,400 hectare site that runs from Port Paterson in the north to Winninowie in the south.

Work is set to commence in the second quarter of 2018, with an estimated 250 jobs to be created during the construction phase and peaking to about 600 jobs at the height of the development.

Stay up to date with the latest industry news and project update by subscribing to Felix Project News today.

CIMIC Group companies CPB Contractors and UGL Limited have been awarded a contract - valued at approximately $600 million - by Taswater for the delivery of a capital works program that will support and develop wastewater as well as water infrastructure and other vital regional  water projects in Tasmania.

The Queensland Government has welcomed the Environmental Impact Statement (EIS) progress from Iwasaki Sangyo Company for its proposed $600 million Capricorn Integrated Resort Development in Queensland, which is being facilitated by the State Government’s Coordinator-General.

$600m Prominent Hill mine expansion in SA approved for development

OZ Minerals has announced that it will be pushing ahead with the expansion of the Prominent Hill copper and gold mine in South Australia with a $600 million funding commitment.