Works on getting rid of the congested and dangerous level crossing on Grange Road in Alphington will be commencing next year.

According to Member for Northcote Fiona Richardson, works will include lowering the Hurstbridge line so that it will run under Grange Road which will safely separate trains from traffic.

“The Grange Road level crossing clogs streets, holds back out train system and puts lives at risk – and we’re getting rid of it forever.

“Next year work will start to lower the line so trains can safely run under Grange Road, reducing congestion, frustration and delay for thousands of motorists,” Ms Richardson said.

This announcement was made after detailed planning as well as engineering and design works were done by technical experts. This project also underwent through an extensive consultation with local residents and businesses. 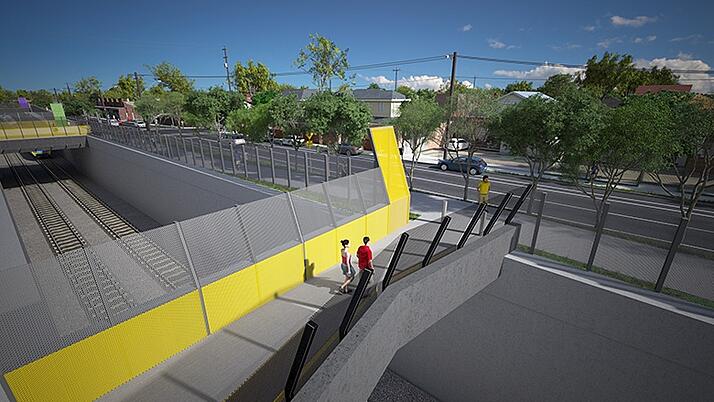 With boom gates down for one-third of the morning peak, the level crossing at Grange Road is one of Melbourne’s worst.

The Grange Road level crossing removal project is part of the State Government’s transformation plans of the Hurstbridge line. The entire project will involve the removal of the dangerous Lower Plenty level crossing as well as rebuilding of Rosanna Station and the duplication of the line from Heidelberg to Rosanna.

A second Chandler Highway bridge is also in the works, which will help relieve the pressure on one of the State’s “most congested traffic chokepoints”.

“It’s part of our transformation of the Hurstbridge line to run more frequent, reliable trains and get people home safer and sooner,” Ms Richardson said.

Western Australia’s Midland Redevelopment Area is going to be expanded to include the Bayswater and Forrestfield station precincts, creating the METRONET East Redevelopment Areas which will focus on vibrancy, housing and jobs.