Victoria to partner with Transurban on $5.5 billion Western Distributor Project

The Andrews Labor Government will partner with Transurban to build the $5.5 billion Western Distributor Project, which includes the Monash Freeway Upgrade and upgrades to Webb Dock.

"This represents value for money, it is a strong proposal creating thousands of jobs," Mr Andrews said.

"This project stacks up, it will save time and create jobs … we are going to build this road and work will begin next year." 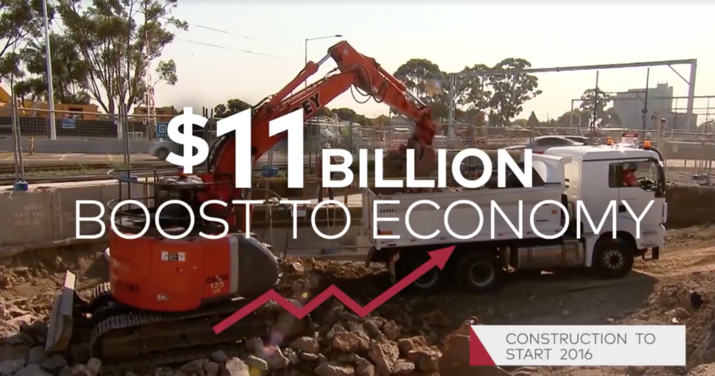 Opportunities for contractors and suppliers: Transurban chief executive Scott Charlton said work on the Webb Dock access would begin soon, with a contract for the Monash upgrade to be signed next year, before contracts and final plans for the Western Distributor in 2017. 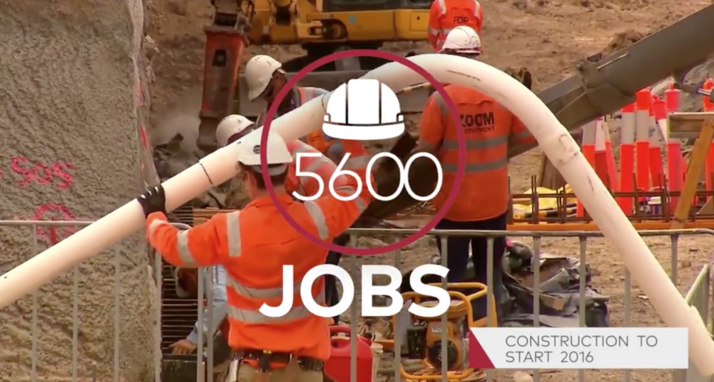 Funding: The project will be funded through a combination of tolling on the Western Distributor, an extension of Transurban’s CityLink concession, and State and Commonwealth contributions.

The state already has $1.5 billion worth of federal funds from the dumped East West Link, Mr Andrews said, and he hopes the Turnbull government would be a "strong partner".

The Premier indicated the state would make a contribution similar to that of the Monash upgrade, which is expected to be $400 million.

Western Distributor Project Scope:  The Western Distributor will deliver immediate travel time savings of up to 20 minutes a day, take 6,000 trucks off the West Gate Bridge, and create 5,600 new jobs. The project includes the following works:

The final scope and design will be confirmed in consultation with the community, local government and industry during a comprehensive planning process to be undertaken during 2016. 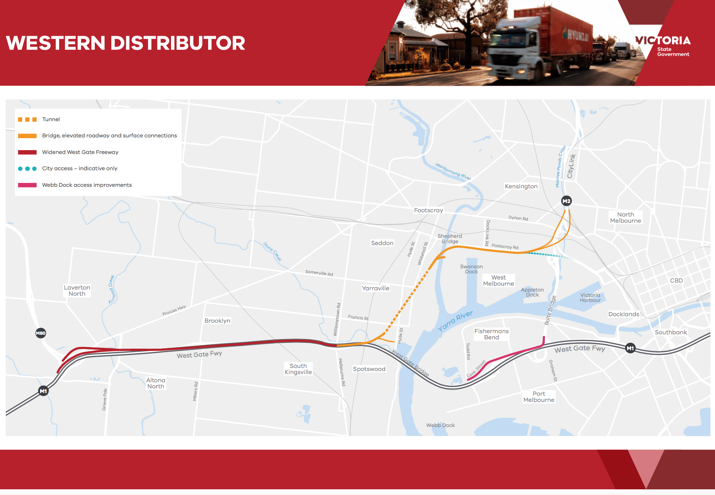 Expected Project Timelines:  Transurban will now work with the Victorian Government to finalise the scope of the project, including the design of the Western Distributor tunnels and the exact locations of connections to the Port of Melbourne and CBD.

The project scope and construction costs for the project will be confirmed following completion of a statutory planning process, which will commence in 2016.

"Whilst we will break ground on the Webb Dock Access improvement package later this month, significant capital expenditure from Transurban is not expected until major capital construction works commence on the West Gate Freeway/Western Distributor corridor, which would occur in FY2018,” said Mr Charlton. 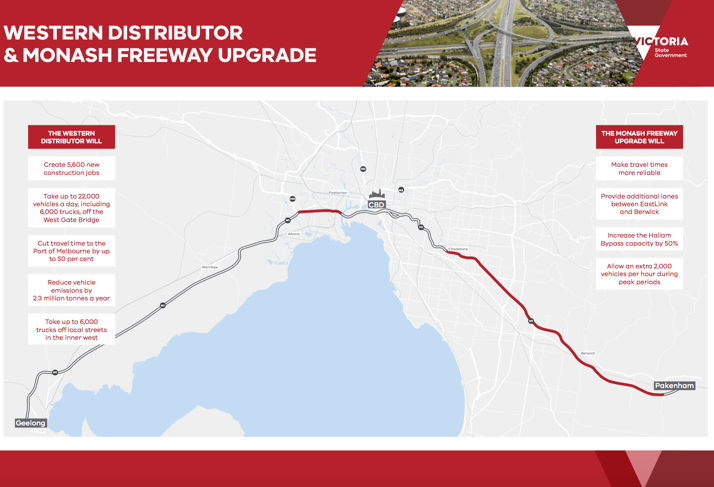 The Western Distributor project is certainly an exciting development for VIC and suppliers looking to work on the project need to invest time into the project now.

For those looking to put their bids forward, we’ve created a free eBook on 10 tips to successful tendering. The content of this eBook was developed from a QLD Government tendering workshop so be sure to download it below to get a thorough understanding of what's going to help your business stand out from the crowd.

The Victorian Minister for Public Transport, Jacinta Allan, yesterday announced that the removal of two more level crossings - Grange Road in Alphington and Lower Plenty Rd in Rosanna – will start next year as part of a $500 million package of works that also includes a new Rosanna Station and duplicated Hurstbridge line.

The Western Distributor: Melbourne's second river crossing fully funded and out to market

Two weeks after it was fully funded in the Victorian Budget 2016/17, Melbourne’s second river crossing – the Western Distributor – has been put out to market.