The 752-hectare Rockbank Precinct Structure Plan has been approved by the Victorian Government, paving the way for a new suburb for Melbourne’s west. The plan includes over 8,000 new dwellings which will be home to more than 22,000 people.

The location of the new suburb in the booming west Melbourne is bound by the Western Freeway to its north as well as the Paynes Road to the west, Greigs Road to the south and the upcoming Outer Metropolitan Ring Road corridor to the east.

The Rockbank Precinct development will feature a major town centre as well as a public plaza which will be built around the existing Rockbank train station. According to Minister for Planning Richard Wynne, the new suburb showcases good planning in action.

"This is good planning in action, we are supporting a new community by making sure there is infrastructure in place as the suburb develops," Mr Wynne said. 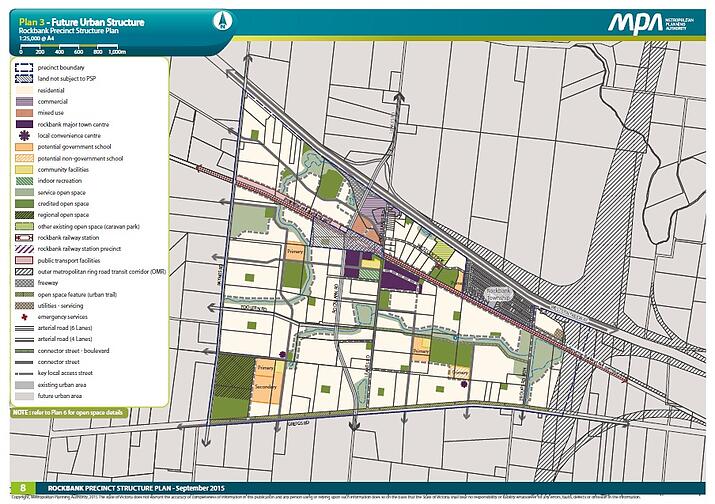 Rockbank Station’s existing platforms will be extended and a car park will be constructed on the south side of the station. With this expansion, the future residents of the new Rockbank Precinct will be able to take the train to employment precincts such as Caroline Springs, Sunshine as well as upcoming employment hubs in Toolern and Mt Atkinson.

“Approvals like this keep the dream of a new home within the reach of many Victorian families,” said Member for Kororoit Marlene Kairouz.

Comment below and tell us what you think of this new development.

Receive the latest industry news and project updates straight to your inbox by subscribing to the PlantMiner newsletter.

Construction is now underway on a $425 million mixed-use innovation precinct on the site of the former Royal Women’s Hospital in Melbourne. The project, named Melbourne Connect, was developed by the University of Melbourne together with a Lendlease-led consortium.

The fifth and final commercial office tower at the Walker Corporation's $2.5 billion Collins Square development located at 727 Collins Street in Melbourne’s CBD has been awarded to Multiplex, a leading global contractor.

Probuild has been chosen as the preferred builder to deliver Melbourne’s $490 million The Glen shopping centre redevelopment.