The Western Sydney Airport visitor centre has landed new milestones, with the first concept design revealed as well as the award of a major contract for the project.

Months following the call for registrations of interest to build the project and a thorough procurement process, Watpac Limited has now been awarded the contract to design and build the new facility that will provide the public a window to see how the future $5.3 billion Western Sydney Airport at Badgerys Creek is built.

“It will be a cutting edge design, and be built on site to give the community and visitors a real insight as the airport takes shape.

“I’m pleased that an Australian company won the competitive tender process for what will be an important link between the people of Western Sydney and their new airport,” Minister for Cities, Urban Infrastructure and Population Alan Tudge said.

The Western Sydney Airport visitor centre’s design features floor-to-ceiling glass panel to give visitors a full view of the ongoing construction at the airport. The facility will also have augmented reality and digital technologies that will provide the public with an immersive experience during their visit.

“We want the public to be a part of this journey and discover the airport’s story, particularly the benefits it will bring to the region in terms of jobs and opportunities.

“Augmented reality will allow visitors to see exactly where the runway and terminals will be built and what they will look like from the vantage point of the visitor centre,” Western Sydney Airport Chief Executive Graham Millett said. 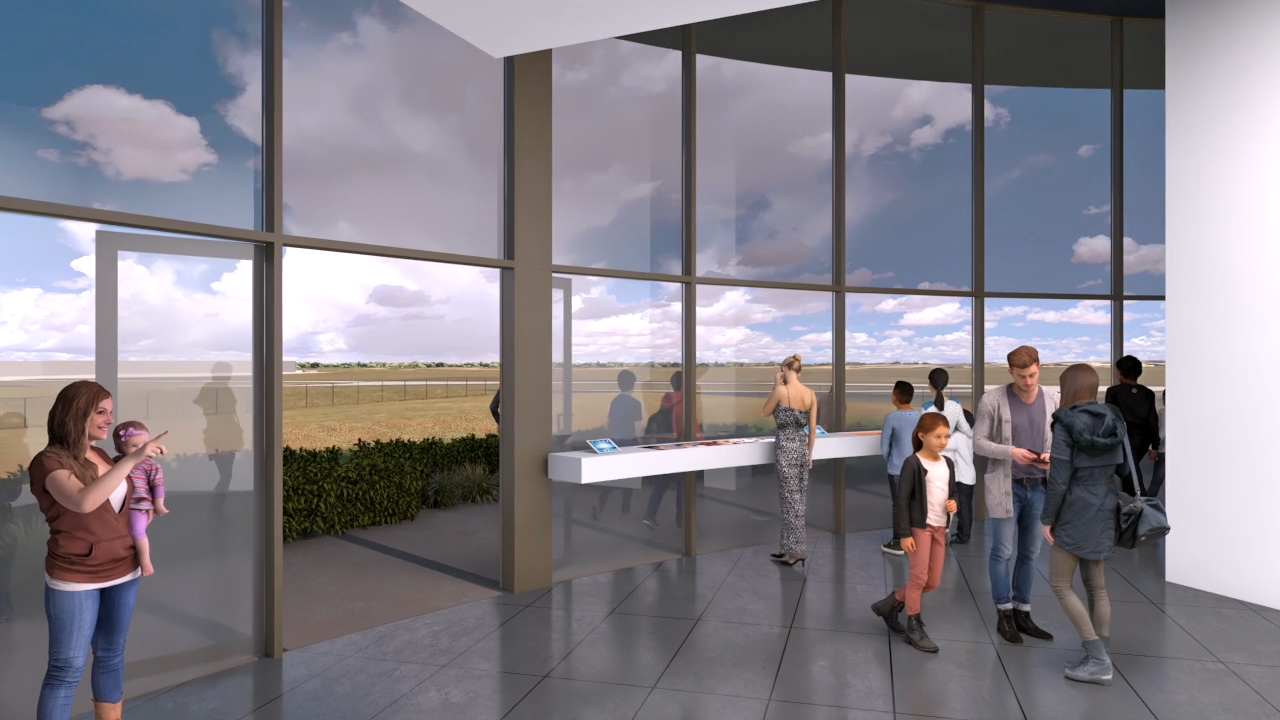 The Western Sydney Airport is expected to support up to 11,000 direct and indirect jobs during its construction as well as a further 28,000 jobs for the first five years once the airport is operational.

This massive project is also anticipated to support local employment, with at least 30 per cent of construction jobs and about 50 per cent of operational positions going to Western Sydney locals.

“The Coalition have committed up to $5.3 billion to make this revolutionary aviation project happen, as well as a further $2.9 billion to fund surrounding road projects.

“Our planning with the NSW Government on the toll-free M12 motorway to the airport is well advanced and the joint business case for the Sydney Metro Western Sydney Airport is underway,” Mr Tudge added.

The visitor centre is set to open to the public in mid-2019, while the Western Sydney Airport is expected to open its doors in late 2026.

The Victorian Government has invested $300 million for the Mordialloc Bypass, with geotechnical investigations underway at the Waterways estate wetlands.

A major upgrade on the Moorebank Avenue / M5 Motorway interchange in New South Wales has been proposed to improve traffic flow and safety.